Allu Aravind recently attended as chief guest for the promotional event of Tej I Love You and revealed a few past memories.

Talking about the film’s director Karunakaran, Allu Aravind said that he was impressed with his first film Tholi Prema. “After that film’s release, I met Karunakaran and told him that I wanted to produce a film starring Chiranjeevi and Pawan Kalyan. And although it didn’t happen then, I still hope I can produce a film with the two stars under my production house,” he expressed. 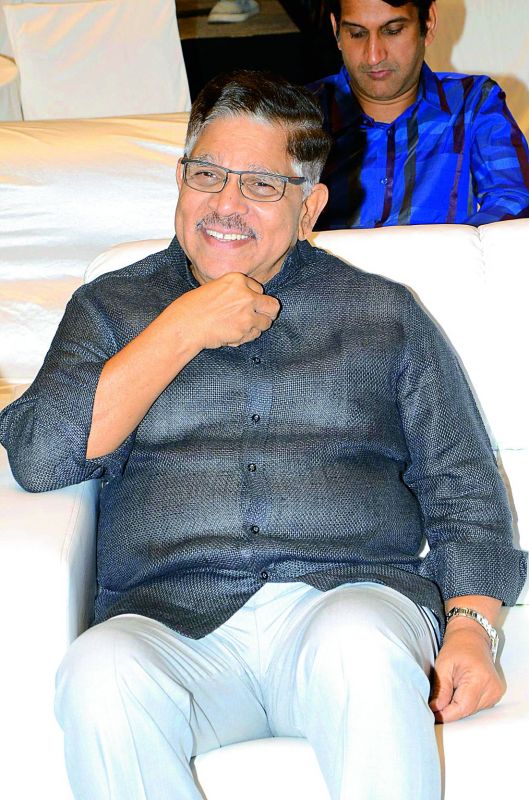 The producer also praised Sai Dharam Tej and his commitment to films. “He is a very good human being and has a good future because he is very dedicated to work. Some of his films didn’t do well at the box-office but he told me that he did them because he was committed. He knew that those films would not do well, but he stood by his word. That’s what I like a lot in him,” said the veteran producer about the young actor, whose film Tej I Love You, directed by Karunakaran, is releasing this Friday.

Discovering her calling in acting