The differences within the Movie Artistes Association (MAA) are now out in the open. On Monday, Sivaji Raja, President, MAA, Vice President Srikanth and Treasurer Paruchuri Venkateswara Rao held a media conference to clarify the allegations against them.

When asked why secretary Naresh didn’t attend the meeting, Srikanth replied, “We requested him to come for this meet, but he didn’t want to come as he is busy with his shooting.”

The actor agreed that his friend Vijay had introduced the event organiser to them for the Chiranjeevi event in the US. Surprisingly however, he said that it was the first time they were organising an event, and did not know how to go about it. “That’s why we didn’t call for any tenders,” explained Srikanth, even though everyone knows that Sivaji Raja started off as an event manager.

And how could they expect only Rs 1 crore when an actor like Chiranjeevi was part of the event? “We never did an event in the US, so we did not have any idea about it,” said Srikanth, justifying that they wanted to hold the event only in the US.

Interestingly, they also dragged Chiranjeevi into the issue. “We kept updating Chiranjeevi throughout this tour, so he knows how it went,” asserted Sivaji Raja and Srikanth.

Meanwhile, Paruchuri Venkateshwara Rao insisted there were no differences between the members. Apart from staunchly denying that the event organisers transferred Rs 80 lakh to a benami account belonging to Sivaji Raja’s group, they also denied that they got another Rs 45 lakh from the organisers for getting some actors to the US. 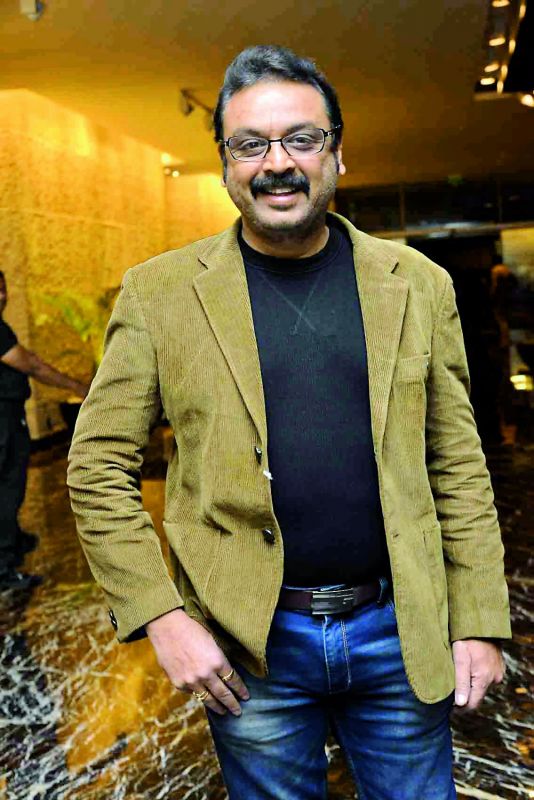 Meanwhile, Secretary Naresh clarifies: “I am available and there is no shoot today. We held an executive committee meeting wherein a majority of the people asked for a fact finding committee. However, Sivaji Raja did not agree for it. He is single-handedly trying to run the organisation,” says Naresh. “As a secretary, I feel the responsibility of investigating this scam. The three point agenda was to constitute a committee, hand over the office to the secretary and give full powers to the general secretary for the smooth functioning of MAA,” explains Naresh, adding that the Sivaji Raja group acted like rowdies in the meeting.

“Sivaji Raja used very bad and unparliamentary language and also abused the journalists. While a majority of the members came to a conclusion, Sivaji Raja’s group didn’t agree for it. The very fact that he does not want an enquiry shows that something is wrong and fishy,” asserts Naresh, revealing that Srikanth did in fact, call him.

“We agreed that it’s better to go for elections. I told Srikanth that if I attended the media conference as general secretary, I would have to reveal everything. Moreover, there are allegations against Sivaji Raja, so I did not want to sit next to him,” says Naresh.

But why did he sign on the agreement of the Chiranjeevi event as secretary? “Yes, I did. But they hurriedly told me that Chiranjeevi agreed to come and that the President has already signed on the document. I simply went along with them,” says Naresh, adding, “They agreed to pay Rs 1 crore for that event, which they did. But people cautioned me that something was going wrong. That’s why I didn’t go on the US tour. Now I have proof that some of the people in MAA are involved in this scam and that’s why I demand a committee to enquire about it.”