Sneha Ullal rehearsing on a bike on the film sets.

It looks like Sneha Ullal, who was last seen in the 2013 film Action 3D, is enjoying to the fullest on the sets of her Telugu comeback film Ayushman Bhava. The actress says that shooting for the entertainer after a hiatus has been a great experience.

She shares, “It feels absolutely amazing to be back. I have missed this Telugu atmosphere. My role is something I haven’t done before. It’s more modern, bindaas and has a very straightforward point of view towards life. It’s fun to be so carefree on screen for a change.”

Interestingly, Sneha will also be seen riding a Bullet in one of the scenes.
“Riding a bike felt super-powerful and I have always wanted to learn how to ride one. This film gave me that push to learn it. It’s heavy and I need more practice to go all out. I don’t need to feel like a man to ride a bike. Women can do it all today,” she laughs. 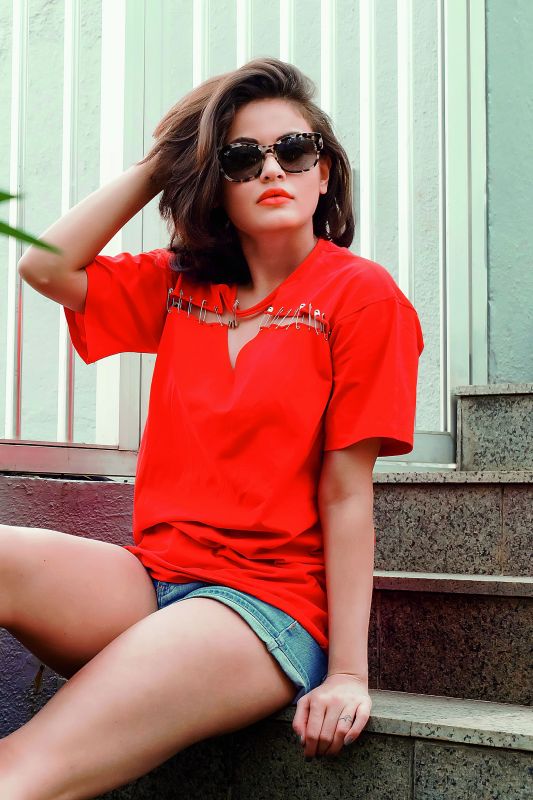 Sneha adds, “I have shot only for two days and I’m still practicing how to pick up speed. There’s a fair bit of shooting left and my part has been delayed; hopefully I will get to complete it soon.”

Describing the film’s director and her co-star Charan Tej, Sneha says, “We have shot small portions, but he’s a focused guy and is always aiming high.” The story of the film is  been penned down by director Trinadha Rao Nakkina.