DECCAN CHRONICLE. | SASHIDHAR ADIVI
Published Oct 2, 2018, 3:22 am IST
Updated Oct 2, 2018, 3:26 am IST
After making her Telugu debut with Lover, Riddhi Kumar will be seen next in a romantic entertainer — Anaganaga O Prema Katha.

After making her Telugu debut with Lover, Riddhi Kumar will be seen next in a romantic entertainer —  Anaganaga O Prema Katha. Directed by Pratap Tatamsetti, the film has Viraj J. Ashwin making his debut.

Talking about her role, Riddhi says, “I play Ananya, a girl who is very simple and innocent and doesn’t have any complexities. She doesn’t understand how the world progresses. But a twist in the narrative changes her. She becomes more independent and strong.” 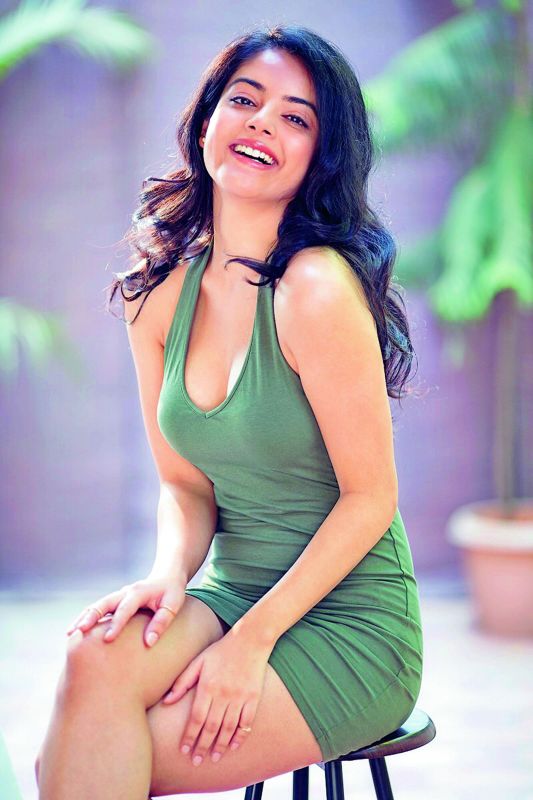 Adding that her character is very relatable, Riddhi says, “The role connects with the youth because of its realistic setting. The dialogues are colloquial and reflect a modern approach. My director just asked me to be the way I am, so that he could bring out my natural innocence.”

When you ask her how different is she in real life, Riddhi replies, “a complete contrast.” She adds, “Although I play my own age in the film, in real life I am career-oriented, while my role is family-bound.”

Dil Raju to wait for theatres to open

Does Chiranjeevi command as much respect as Dasari in Tollywood?

And you thought where's RGV gone? Well here he is...