Baahubali to be immortalised!

Things can’t get better for Baahubali and its macho protagonist actor Prabhas! After breaking several records at the box-office and scaling big heights, Baahubali has added one more jewel in its crown.

Yes, Prabhas is being immortalised next year, and will be joining the world’s most famous personalities exclusively at the Madame Tussauds Museum in Bangkok, Thailand.

After Mahatma Gandhi and PM Narendra Modi’s wax statues were installed at the same venue in April 2016, Prabhas is set to become the third Indian personality and first south Indian actor to be given this honour. 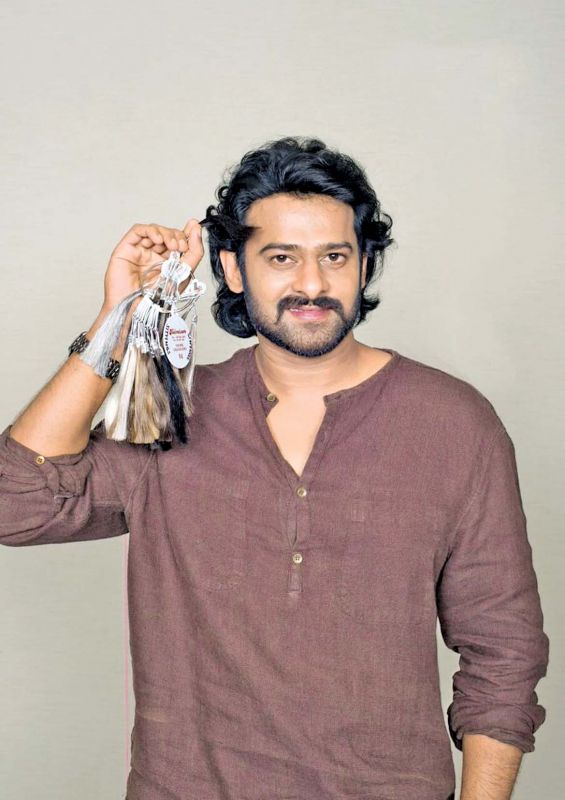 An official statement from Noppadon Prapimpunt, Head of Bangkok Cluster for Merlin Entertainments (Thailand), and General Manager of Madame Tussauds Bangkok stated, “Prabhas is definitely in the spotlight. He is not merely all about his unique style and macho charm, but also a superstar who fully lives up to his family reputation; his father is Uppalapati Surya Narayana Raju, who is a Tollywood producer, and his uncle Krishnam Raju, is a famous Tollywood actor and politician.”

Prabhas underwent a sitting session in Hyderabad with Madame Tussauds artists, where 350 photos and measurements were taken of the star to enable a truly flawless recreation of his likeness. He will be depicted as his character ‘Amarendra Baahubali’ and will be seen in his battle armor at the museum.
An excited Prabhas remarked, “I am really happy to have been selected by Madam Tussauds and this was only possible because of the fans. I am grateful for their unconditional love and support. I am also thankful to my guru, SS Rajamouli, for the opportunity to work on this fantastic project called Baahubali.”

In March 2017, fans can stand shoulder-to-shoulder and take selfies with the legendary Baahubali character in the Movie Room, alongside the likes of Spiderman, Wolverine, James Bond, and Captain America.