DECCAN CHRONICLE. | SURESH KAVIRAYANI, PRANITA JONNALAGEDDA AND SUBHASH K JHA
Published Jun 1, 2017, 12:31 am IST
Updated Jun 1, 2017, 8:12 am IST
Dasari Narayana Rao, a towering personality of the Telugu film industry, who asserted that directors are the 'Captain of the Ship'.

Dasari with NTR on the sets of Bobbili Puli

Tollywood Pays final respects to Guruvu Garu
As T’wood’s doyen Dasari Narayana Rao passed away on Wednesday evening, industry bigwigs and political stalwarts came to pay their last respects to the director who was instrumental in revolutionising modern Telugu cinema. 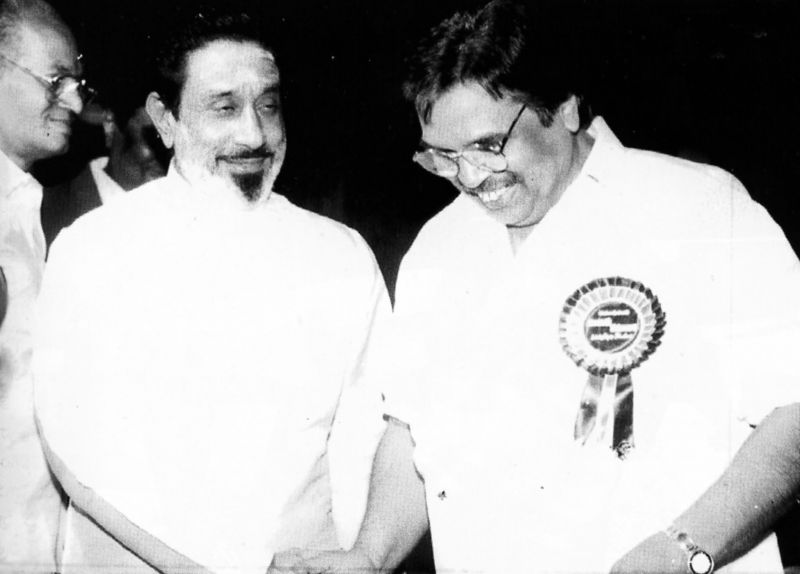 Actor Mohan Babu’s family, producer C. Kalyan and a few others stayed by the veteran’s side throughout and also helped to clear the crowd. The celebs also broke down when some of their friends walked in. 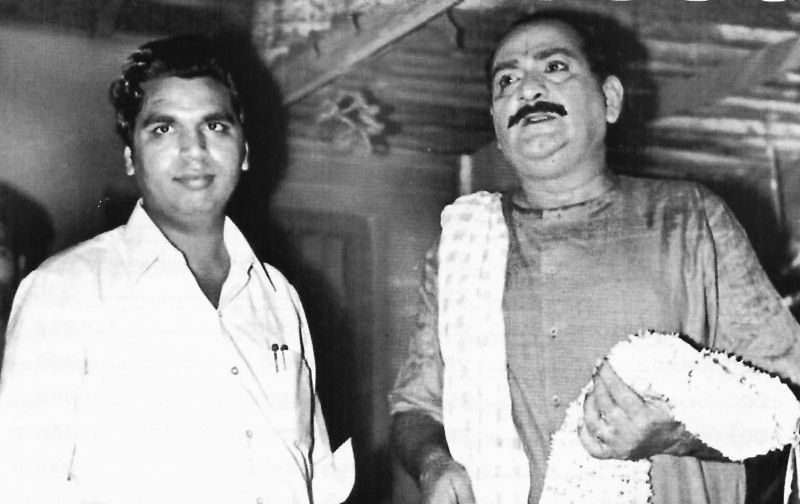 Dasari on the sets of his debut film Tata Manavadu with S.V. Ranga Rao, 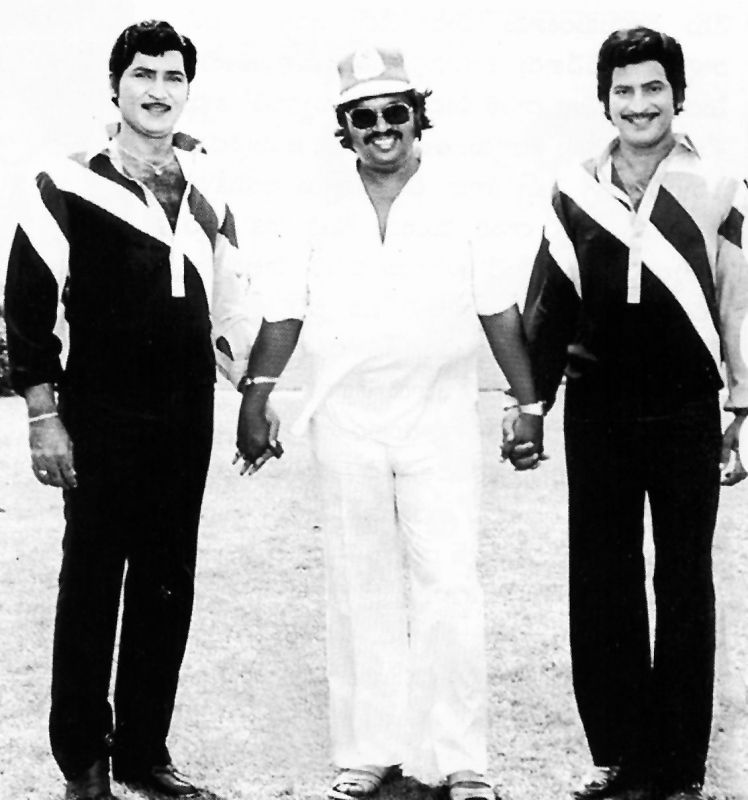 Well-known personalities from the industry visited him at his house and the Telugu Film Chamber of Commerce Building to pay their last tributes. 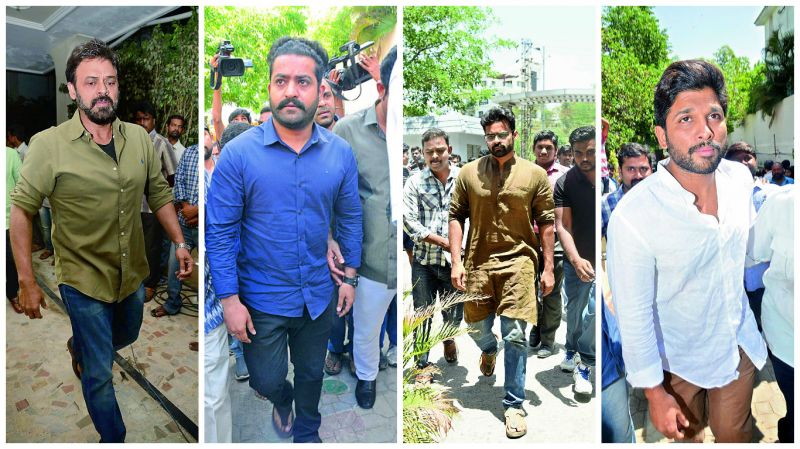 I made three action films with other producers when Dasari Narayana Rao was my assistant director. He was a very intelligent person and worked hard. So, I promised him a directorial chance if he came up with a good story. When Dasari narrated the story of Tata Manavadu to me, I liked the storyline, although people were surprised when I announced this film. Since I usually made action films and this was a family subject, that too with a new director, many cautioned me against it. The film, released in 1972, ran for 100 days and went on to become a huge hit. I told many people that he would become a top director and he did make a mark. and how. I feel proud that I had introduced him. He always came for my blessings on both our birthdays. The industry has lost a towering personality today.
- Raghava 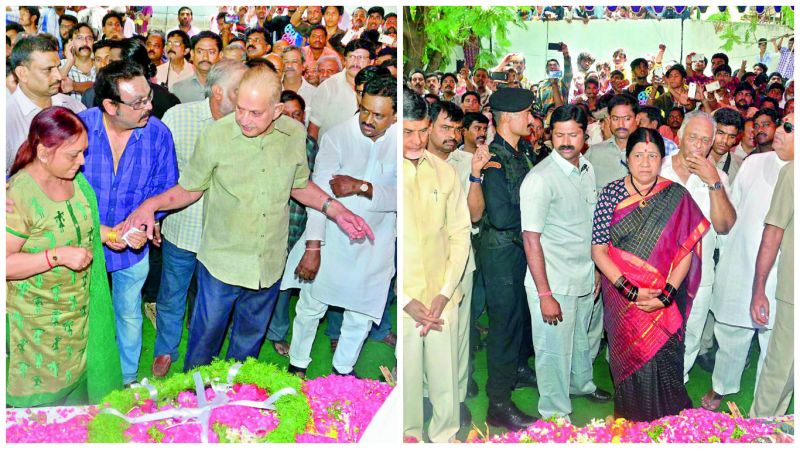 I am unable to digest the fact that he is no more. He gave me life as an actor. What more can I say? May his soul rest in peace.
- Mohan Babu 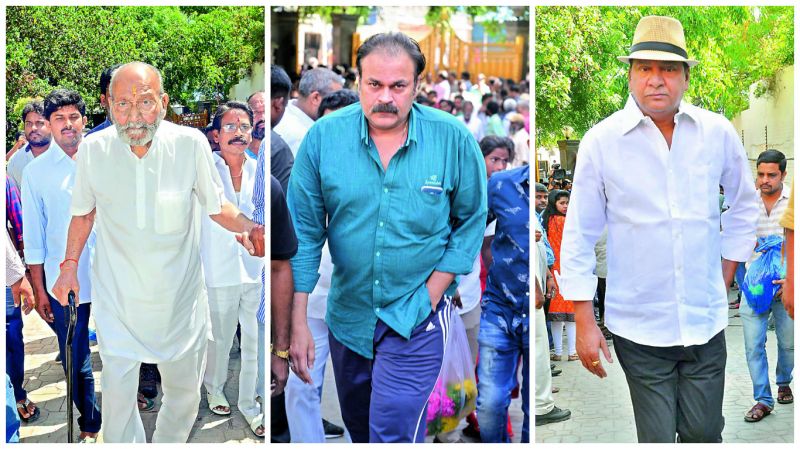 It was still shock to me as I can't digest the death of Dasari Narayana Rao garu. He lives like a lion and we lost a lion today. He is a great human being and a great personality. I still can't believe that Dasari is no more. He is a great director and can't produce a director like him in the near future.
- Vijayashanti 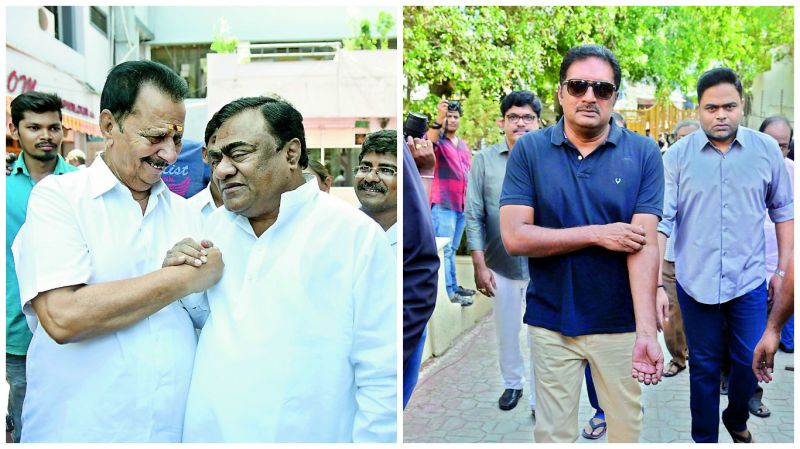 Shocked and saddened by the news of Dasari Narayana Rao Garu's passing away. May his soul rest in peace. His death leaves a void that can never be filled. Prayers and strength with the whole family,” tweeted Mahesh Babu.
- Mahesh Babu

His style of filmmaking and mastery in the 24 crafts of filmmaking is something we may not witness in anyone in the industry again. There may be many stars in this industry now, but the moon itself has bid adieu. And I wish him peace.
- K. Viswanath 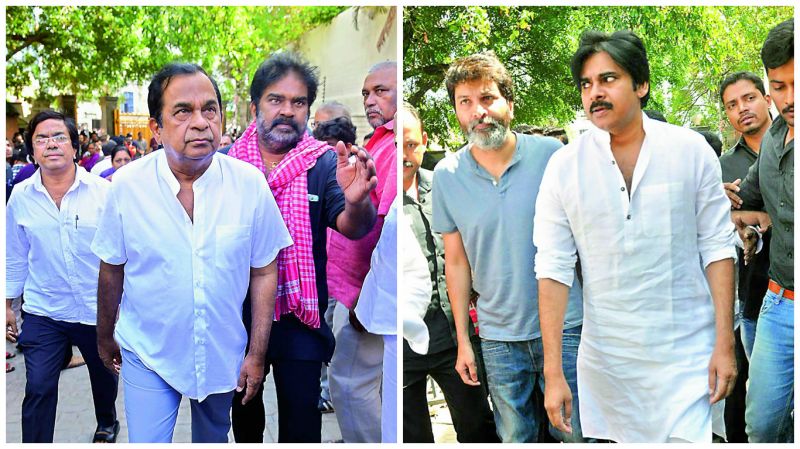 Brahmanandam and Trivikram and Pawan Kalyan

He taught me discipline, being steady and the basics of the craft. He inculcated the courage to face anything and move ahead. I recall how we spent many days talking about films at right here where his body lies. I will forever journey on the path he drew for us.
- Kodi Ramakrishna

What if the heart runs no more? Dasari garu’s films will keep on running — in theatres or on TV. It’s only when the world is deprived of cinema that we can say he is no more. He wasn’t just a 74-year-old man but a force that excelled in the 24 crafts of cinema.
- Krish

He was a trendsetter and a revolutionary. There was no craft in filmmaking that he didn’t touch. From a middle class family to becoming a Central Minister his hard work took him places. My family, too, shared a very close bond with him. I pray his soul rests in peace.
- Pawan Kalyan

Some of my really good films were with him. We spent so much time together shooting that he was family away from my family in Mumbai. He was a proactive director, very open to ideas, and very phurtila (agile) on the sets — always on the move. Why did he have to go so early? I will never stop missing him.
- Jeetendra

I had met Dasari garu recently when I handed over the Allu Rama Lingaiah Award to him at his house. We discussed so many things and I spoke to him at length. This sad news comes as a big shock to me. He is a doyen of the Telugu film industry and losing such an esteemed person really makes me sad. His service and his memories will live with us for very long.
- Chiranjeevi