Clowning around with Shakespeare

Read all the works of Shakespeare’. A noble pursuit and one that features, largely unfulfilled, on many a bucket list. There’s no reason to fret, for this weekend, Rajat Kapoor’s company of actors will bring you the Bard like you’ve never seen him before, as part of the Shakespeare Comedy Theatre Festival. A company of clowns fumble their way through Hamlet in Hamlet – The Clown Prince, a bunch of janitors decide to produce Macbeth and Vinay Pathak, also in clown attire, portrays the tragic life of King Lear. Touted as India’s largest theatre festival, with over 40 shows in 11 cities across the country, the Shakespeare Comedy Theatre Festival will hit venues in the city this weekend.

“All the plays have been reinterpreted with a touch of comedy, explained Hardik Shah, the festival’s director. The plays have been directed by Rajat Kapoor and comprise an all-star cast including Pathak, Kalki Koechlin, Ranvir Shorey and Neil Bhoopalam, are part of the festival, touted as India’s largest.  “The idea is simply to find the essence of these plays and do away with the notion that Shakespeare’s works are unattainable to the masses.” 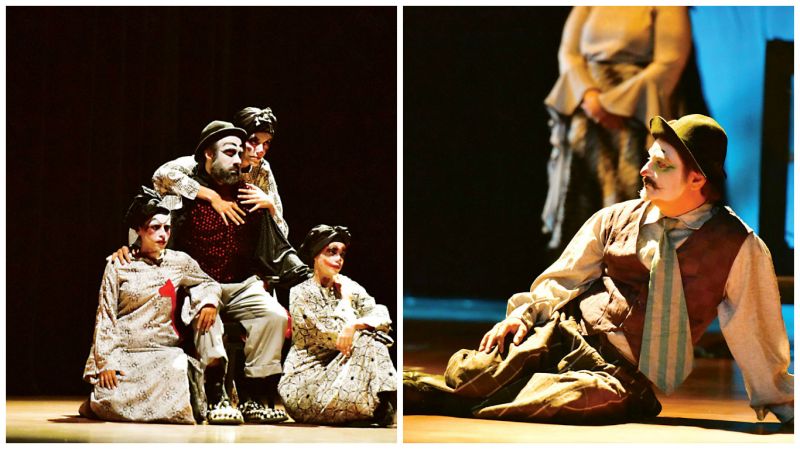 In Hamlet – The Clown Prince, the melancholic hero, is being made sense of by a company of clowns. They fumble their way through the text, swapping too-difficult lines with gibberish, cutting out the parts they deem unnecessary, understanding some bits and making a mess of others. And behind the curtain of ludicrousness lie the joys and the heartaches that every human being is prey to as life takes its inevitable course.

Pathak flails about on stage in Nothing Like Lear. He shrieks and wails and fumbles, capturing, amidst the antics, the agony of the tragic king.  As You Like It, which has just been nominated for a Meta Award (the Oscars of theatre as Shah puts it) comes with a twist as well – the male actors play women and vice versa. “It gets complex, because the plot itself involves a lot of cross-dressing – you have a man playing a woman playing a man,” he said.  It’s also their first production with a full set, which the actors modify during the course of the play. “It’s a massive production, with about a 100 costume changes in all,” he said. Macbeth, which is treated as a play within a play, talks of the travails of a group of janitors who decide to stage it.

It’s been a hugely successful run so far, with three out of four shows in Bengaluru already sold out. “We have audience members coming up to us after shows and saying they’re inspired to read the original play,” smiled Shah. “That means a lot to us.” And it’s only the beginning. In 2018, they hope to make the festival the world’s largest, with performances across the globe. “We’re roping in other actors as well, like Naseeruddin Shah and Shabana Azmi,” he added.

What: Shakespeare Comedy Theatre Festival
When: March 4 and 5, 4 pm and 7.30 pm
Where: Jyoti Nivas College, Koramangala

Harshavardhana Gourineni to produce a film in Bollywood on social cause

Pawan Kalyan to do two films at a time