A pilgrimage through dance

Dancers at the performance that was inspired by the 12 most important temples in Telangana.

Ravindra Bharathi turned into a pilgrim spot on Friday evening, when Bharatanayam dancer Pramod Kumar and his troupe performed. It was reverence that sparkled in their eyes as the spectacular performance transported the audience from their seats of the hall to the 12 Telangana Punya Kshetralu (Temples of Telangana).

Children performing at the event

Talking about how he was inspired to curate the dance Pramod says, “Since I was a child, I have been accompanying my parents to temples across the state. That’s how this fascination with the temple even started.” Even though he admits that he has not visited all the 12 temples, he did research a lot about them before finally taking the leap. 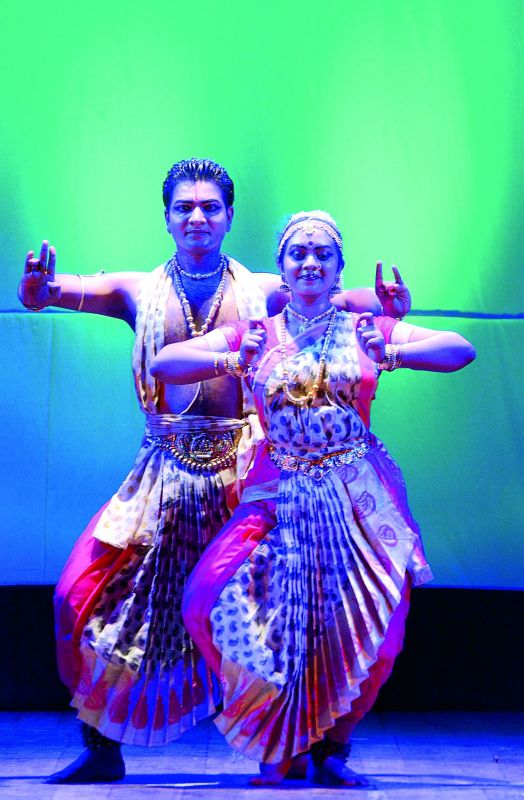 Pramod Kumar with one of his troupe members.

“I went to several libraries, collected material and even spoke to scholars about each of these temples. I learnt about their specialities and about the idol that is primarily worshipped there. Each of our performances is inspired by the architecture of the temples and the God or Goddesses that they are dedicated to,” says Pramod about the performances that saw 10 adults and 18 children perform.

While showcasing each temple, the  specific kshetra sloka    of that place played along in the background. This was compiled by his team member, Swetha Prasad.

The toughest part, obviously apart from the practice, was the research. “It took us seven months to get everything in place and plan an error-free performance. We practised for several hours, a month before we took it to the stage,” he says.