In quest of her identity

This play was born out of the need to search for one’s own identity. A solo performance by Sunandha Raghunathan, Bad Hindu is a play that has elements of Kattai Koothu but performed using English theatre styles. Presented by Guduguduppukari, the play first premiered in London before travelling to Chennai for its first show in the country. The play is all set to be staged at multiple venues in namma ooru from April 27 onwards. 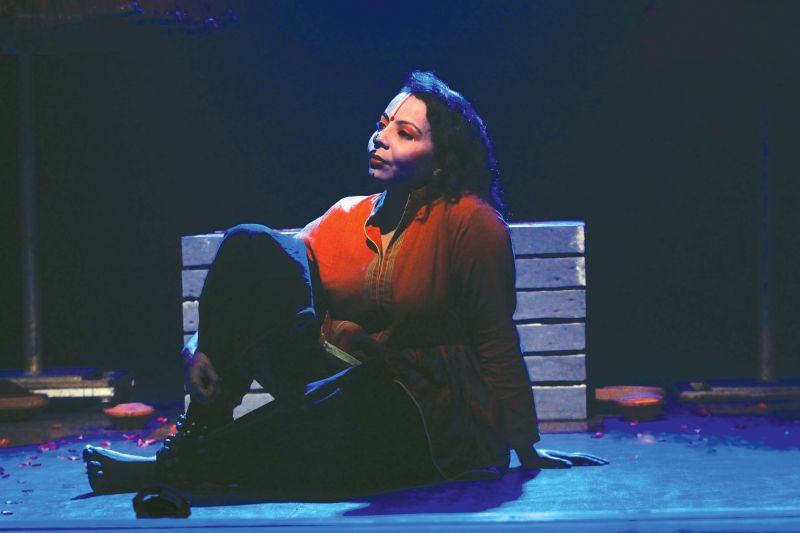 As part of her masters, she had to do a final presentation. Sunandha shares, “Around that time, I was listening to the radio, which did nonsense predictions. I thought of making fun of the whites on stage, that was not theatre. But this idea inspired me. I wanted to engage with the audience and hence turned to the Kattai Koothu. The Kattiyakaaran is sort of a clown who bridges the gap between actors and audience. Traditionally, this form of art is done by males predominantly. But in this play, I play a Kattiyakaari where in the performance is in English with Tamil Kattai Koothu.”

Sunandha came back to India, met a Kattiyakaari and discussed her plan. The year that she spent in the UK is when she started thinking about her identity. “Through this show, I wanted to merge together two ideas. One was engaging with the audience and second about my identity,” she shares adding through this play, she is sort of re-inventing the way a story is told. Explaining this she says, “Koothu is always done in Tamil. I am marrying Koothu with western style of theatre in Bad Hindu. The play has a structure like the Mahabharata where it is circular.”

Sunandha mentions that she had gotten a lot of comments asking her if Bad Hindu was a satire. Answering these queries she says, “It’s definitely not! It is a political play because it’s your view against the rest of the country. When the play was all set to premier in Chennai, one of my mentors who helped spreading the word around, got calls demanding an explanation as to why the play was called “Bad Hindu”. His only answer was, ‘Come see the play and then you will be left shocked.’”

This play she shares is not anti-Indian or anti-desi as it talks about the Mahabharata. It’s called Bad Hindu because of the flow of her show. In the play, the storyline focuses on Arjuna’s son Aravan. “Because the show is about my own identity, I wanted to relate it to a timeless historic identity. Aravan is a man but now he is seen as the god of transgenders just because he was married to Lord Krishna who assumed a female identity.” Sunandha found that this shifting of identity was very interesting and works well. She has chosen songs from the original Aravan Kalabali and used it to tell her own story. Along with a lot of costumes, you can expect lights, singing and little bit of dance thrown into the mix.