The bloom of the black lotus

Whatever be the story, a storyteller will intrinsically find a way to say it.

Whatever be the story, a storyteller will intrinsically find a way to say it. Be it words, imagery, or else, as in the case of dancer and choreographer Kavya Viswanathan, or dance moves; the story is told. Black Lotus: Interpretive Dance, Music and Text, an upcoming dance production choreographed and directed by Viswanathan, is an hour-long tale about the present. She uses “authentic dance movements” to speak about the present day ambiance and societal norms but hastens to clarify that, as with any form of interpretative dance, the story is open to audience interpretations.

Viswanathan is primarily a belly dancer, “mostly self taught”, having learned initially through teachers online and later, after earning money through her architecture practice, travelling to wherever she found suitable teachers. “After working as an architect for ten years, it is just the past three years that I have become a full-fledged dancer,” she mentions. Later, she founded her dance company in 2012, the Martiya Dance Community, through which she facilitated a dance and movement exploration community. Since then, she has been choreographing dance productions, delving into aspects of not only dance but also physical theatre. Her awareness about one’s perception of their own body as well as body shaming heightened as a teacher and collaborator. About nine months back, she and her students decided to showcase the ‘present’ through freestyle dance movements gleaned out of rigorous forms like jazz, ballet and other contemporary dance forms. “We discussed, rehearsed and recorded the dance as it developed, adding along music and text to create a narrative.” 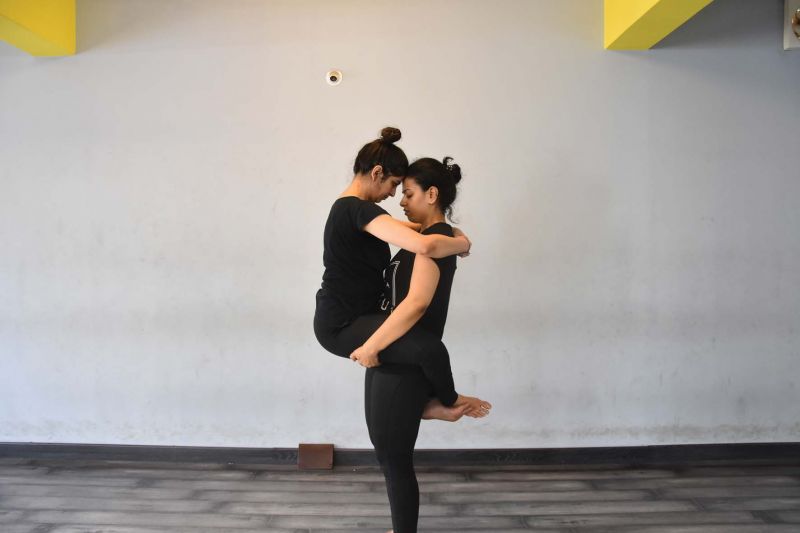 The name of the production comes from an allegory people usually like to refer to. “Normally, they say - be like a lotus in dirty water which implies that one has to be pure like a lotus,” she says. The point that Viswanathan wishes to make is - What if there is so much toxin that it is impossible not to get affected? “We can clean dirt from an object but how about the toxins which are present in the air?” she asks. “Or the food which is adulterated and we consume? So, how are we looking at purity in the modern world? Maybe, it is okay to be a black lotus that’s tainted with toxins.”

The seven women performers came up with their own realities, from body shaming to childhood memories as related to the present. “Be it the news, visual toxicity or happenings around us, what kind of fears will they incite in us? How will we react to such triggers?” The questions asked are set to movements and accompanied by music which is played live. Viswanathan confesses to be a self-taught musician as well. On the sidelines, she will be playing the flute, Jembe, Kalimba and the Ukelele as the performance unfolds. “The decision to play live music is because of my experience with dancers in my classes who react in a different manner with live music.”

Viswanathan talks of her tryst with the musical instruments as a way to connect with her emotions. Although not perfect, she says, she cries through her flute. “For me, the flute gives out plaintive notes that make me cry,” she notes. On the other end of the spectrum, the beats of happiness come from the drums.
As she sums it up eloquently, using stories from our everyday lives that we don’t have the time to stop and think about, the piece is an attempt to reflect on the mundane, which could actually teach us about being human. “Ordinary thoughts that make extraordinary changes for our being.”