Mumbai: The 2019 Emmy Awards are nearly upon us and, this year, there are a ton of first-time nominees! From the first-time actors to becoming Hollywood veterans, these stars are up for their very first Emmy Awards this year at the 71st Primetime Emmy 2019!

Here’s the list of all the new comers to the world of Television Academy:

Believe it or not, Michelle Williams just earned her first Emmy nomination. The ‘Venom’ star is nominated for outstanding lead actress in a limited series or movie for her performance as actress-dancer Gwen Verdon on FX's Fosse/Verdon.

This one’s a huge surprise. Even though This Is Us has been nominated 19 times, this year marks the first Emmy nomination for Moore. She is up for Outstanding Lead Actress in a Drama for her role as the mother of three kids.

Porter earned a nomination in the outstanding lead actor in a drama series category for his role as Pray Tell on Pose. Known for his impeccable fashion sense, and having small roles on FX’s American Horror Story and USA's Law & Order: Special Victims Unit, Billy is finally up for his great work in Pose.

No stranger to awards nominations, it’s hard to believe that Adams doesn’t have an Emmy under her belt. Her first nomination is for Outstanding Lead Actress in a Limited Series or Movie for her role as Camille Preaker in Sharp Objects.

Grant, though a movie star, has never been nominated for an Emmy. But until this year, when he scored a nod for his role in A Very English Scandal as Jeremy Thorpe. The actor is up for Outstanding Lead Actor in Limited Series or Movie. 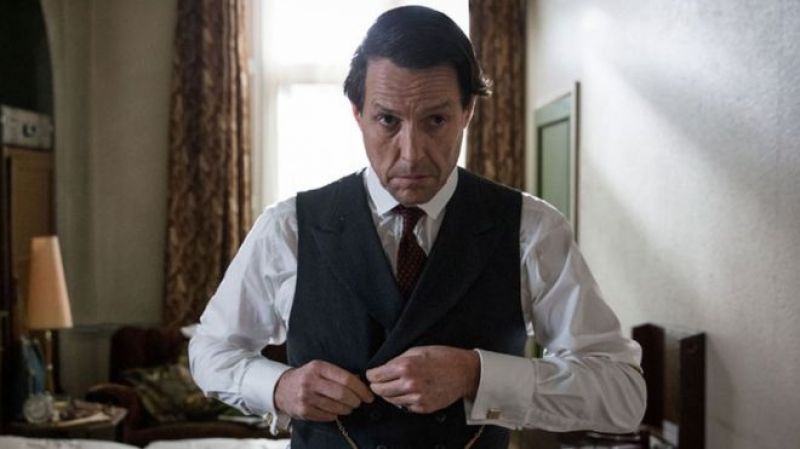 Yes. The character for whom we were indifferent at the start, who we hated in the middle, and very much loved at the very end, playing the role of Theon. Alfie Allen, as Theon Greyjoy has finally scored a nod for Outstanding Supporting Actor in Drama Series.

Another’s in line fromFosse/Verdon, Sam Rockwell, who played Bob Fosse, earned his first Emmy for, again, Outstanding Lead Actor in Limited Series or Movie. The show, based on the real life relationship of Bob Fosse and Gwen Verdon, the Broadway legends of their time.

Brianne of Tarth in Game of Thrones, would not have landed in the race had she left things up to HBO. It has been around the news that Gwendoline submitted herself in the Emmys category for Outstanding Supporting Actress in a Drama Series. Guess it is rightly said that if you got to get things done, you gotta do it yourself. Wait till Monday morning when the winners are declared.

From Chernobyl, named as the greatest depiction of a nuclear disaster in a miniseries, StellanSkarsgard, who played the role of Borys, is up for his first ever nomination in Emmys – Outstanding Supporting Actor is a Limited Series or Movie. An interesting fact – about two years ago, Stellan’s son Alexander took home his first Emmy Award when he claimed Best Limited Series/TV Movie Supporting Actor for Big Little Lies. Now, the father has to keep it running in the family by winning the same category for Chernobyl.

BAFTA winner, Jodie Comer is nominated in the Outstanding Lead Actress in a Drama series category for her role as psychopathic Russian assassin - Villanelle on BBC America's Killing Eve. Comer previously starred in the film England is Mine and will next appear in the upcoming science fiction action comedy Free Guy.

This one’s a surprise! Queen of the North, Sansa, played by Sophie Turner in the fantasy drama Game of Thrones, for the very first time scored her nod in Emmy this year. She is up for Outstanding Supporting Actress in a Drama Series. 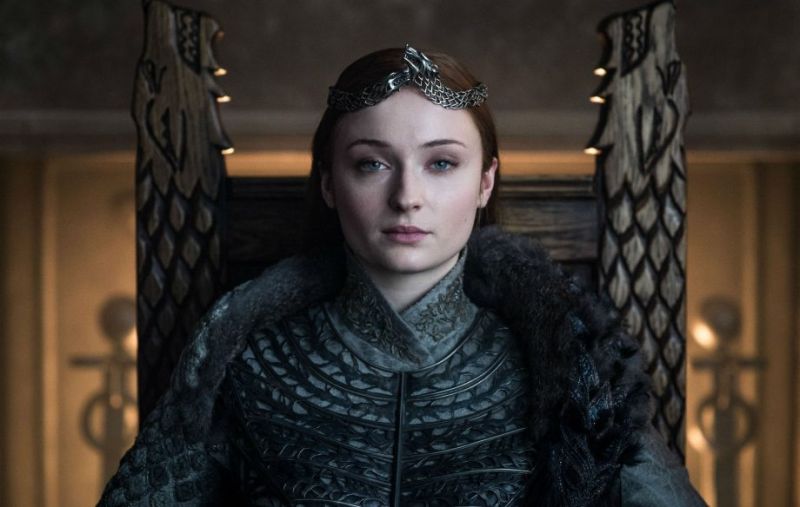 The Academy Award nominated Kumail has bagged his first Emmy nomination for playing Samir Wassan in The Twilight Zone. Nominated for Outstanding Guest Actor, the actor has previously starred as Dinesh Chugtai in HBO’s Silicon Valley, Pindar Singh in Franklin & Bash and has made guest appearances on Portlandia, Veep, Drunk History, Community, Broad City, Archer, The Grinder and The X-Files.

The actress from Gone Girl,Rosamund Pike has bagged her first ever Emmy nominations for State of the Union in the Outstanding Actress in a short form comedy or drama series category. She made her screen acting debut in the 1998 television film A Rather English Marriage, which was followed by guest appearances on Trial & Retribution, Love in a Cold Climate, Foyle's War, Women in Love and Warship Down. 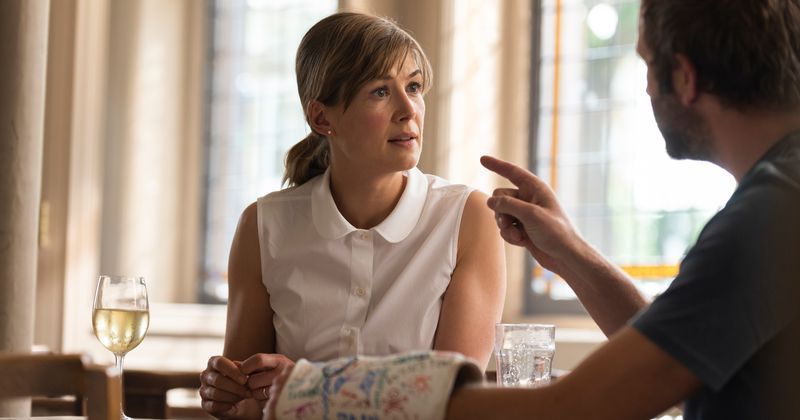 The veteran performer who rose to prominence with a recurring role on Two and a Half Men, Marin Hinkle, earned her career-first bid in the Best Comedy Supporting Actress category for the Amazon’s The Marvelous Mrs. Maisel where she plays the mother of the young lady who is trying her hand in stand-up comedy in the 1950s Manhattan.

The temperature has been rising on Chernobyl. Great news for Emily Watson, who plays the composite character of Ulana, a Soviet scientist trying to avert a global catastrophe. The two-time Oscar nominee for Breaking the Waves (1996) and Hilary and Jackie(1998), but despite plenty of TV work, this year marks the first time she scores a nod for Best Movie/Series Supporting Actress, and holds to be one strong contender! 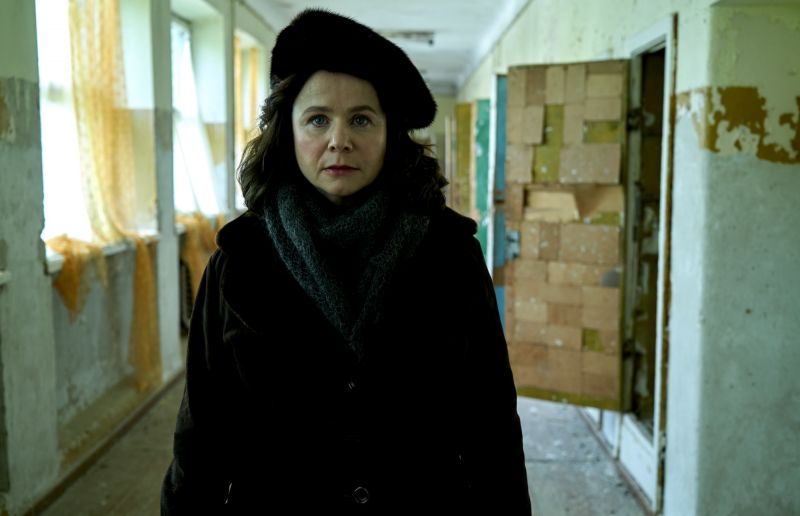 Patel earned her first Emmy nomination in the outstanding actress in a short form comedy or drama series category for her role as Ryan's friend and co-worker Kim Laghari on Netflix’s Special.Patel appeared in the 2019 Netflix film Rim of the World and can next be seen on NBC's upcoming comedy The Kenan Show.

Nominated in the Outstanding Lead Actor in a Limited Series or Movie category, Jharrel Jerome, played the role of one of the victims of the Central Park Jogger case in Ava Duvernay’sWhen They See Us. Before starring in the Netflix’s limited series, Jerome was best known for his role as the teenage version of the main character's love interest Kevin in the Oscar nominated Moonlight.

King is nominated for outstanding lead actress in a limited series for her portrayal of Gypsy Blanchard in Hulu's The Act. Prior to her role in the anthology drama series, King starred as Charlie Meyers on NBC's Bent and as Maddisyn Crawford on go90's Tween Fest. She has also had recurring roles on Jericho, Ghost Whisperer, The Haunting Hour: The Series, Fargo and Life in Pieces.