Mumbai: The new upcoming show Ek Bhram-Sarvagun Sampanna has gripped the nation with not just the distinction of the show but also the peculiarity of its launch at Saas-Bahu temple, captivating even the legendary actor Amitabh Bachchan.

Recently, Janhvi Mittal, the lead protagonist of Ek Bhram-Sarvagun Sampanna, launched the upcoming show at a culturally rich and hereditary Saas-Bahu temple in Udaipur, along with her on-screen brother-in-law. The individuality of such a launch created waves across the nation gripping even Amitabh Bachchan, as he shared the cultural vitality of the Saas-Bahu temple in his tweet.

The eccentricity of Saas-Bahu temple ironically gripped Amitabh Bachchan as well, he shared a Tweet, "T 3138 - Yes, our ancestors built these twin Saas Bahu Temples at Gwalior & I want us to know them better. I'm proudly pinning it to the Heritage Map of India. Urging all to take up #IndiaFound challenge at http://bit.ly/ifoundindia  & begin the conversation. #IndiaLostAndFound". 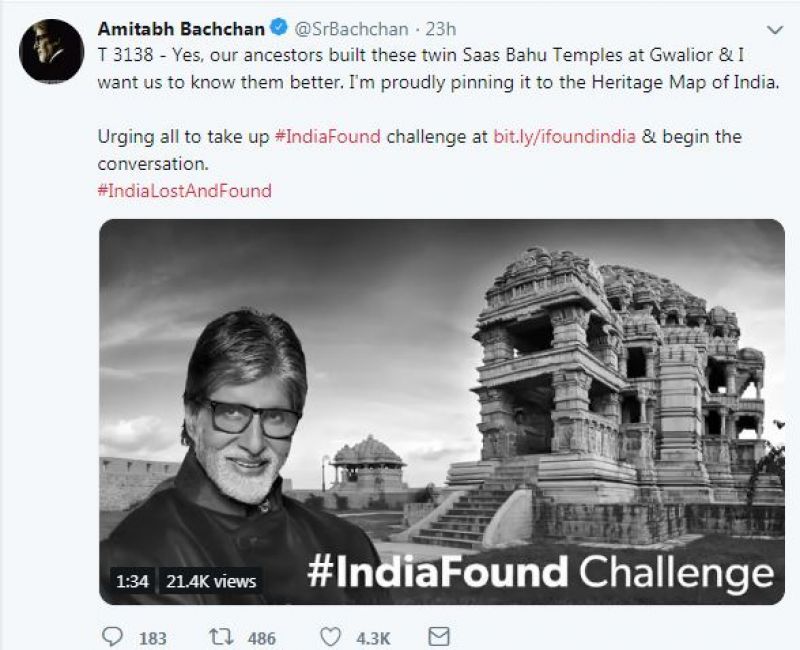 Janhvi Mittal as the unconventional treacherous daughter-in-law has hit the daily soap audience like a wave of refreshment, doing away from the typical docile and obedient Bahus.

Under the garb of an ideal daughter-in-law, Janhvi Mittal plots the disruption of her family in the upcoming show 'Ek Bhram- Sarvagun Sampanna'.

The interesting promos of the show opted for intriguing narratives, in tandem to the unique plot and storyline, adding to the buzz of the show.

Ek Bhram-Sarvagun Sampanna stars airing on Star Plus from 22nd April 2019, every Monday to Friday at 7 pm.

Anna Faris exits 'Mom' ahead of its eighth season

The man, the machine, the legend: Ayrton Senna's life soon to be featured on Netflix