The kissing scene was a cheat shot: Shivani Surve

Shivani Surve, the leading lady of Jana Na Dil Se Door, is upset after reading reports that claimed she had two lip locks with her leading man Vikram Singh Chauhan in a span of three days for the show. Calling the story fake, a fuming Shivani says, “I am appalled reading the news. How can they write something that never happened? The worst part is that they didn’t even bother to cross check the fact before writing. We never locked lips. It was just a touch. If a first lip-lock did not happen, then how is there a question of a second kiss? In fact, the second scene is a cheat shot.” 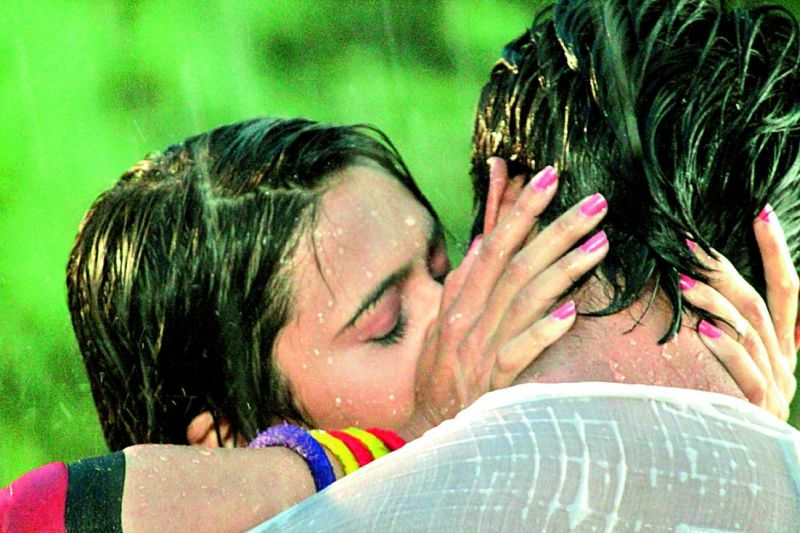 Shivani continues, “The other rumour is that Vikram and I were so embarrassed that we didn’t even speak to each other after filming the scenes. When there was no such scene then why would we be embarrassed? The two of us had made it very clear to the production house about our kissing reservations. They readily conceded to our demands. The shoot was done according to our comfort and we were happy with the results. If you look at the pictures, you will realise that the cheat shot is done well. Full marks to the production team for executing a cheat shot this brilliantly.” Interestingly, the second romantic sequence that was shot a day back on the sets, reprises the steamy scene between Aamir and Karisma in the 90’s flick Raja Hindustani. Shivani says, “This sequence is the same cheat shot that I was talking about. The similarity with Raja Hindustani is exciting but I was worried about how my conservative parents will react to the scene. Thankfully, my parents took it well when I told them that this is a part of my job.”

Bigg Boss 13: Paras' GF Akanksha is reason behind his grudge with Sidharth Shukla?