Contestants act like inhabitants of a mental asylum as part of a task in a reality show.

Chennai: Two weeks after Bigg Boss invited political debate after a contestant Gayathri Raguram, during a usual conversation with her housemates, made a comment that actress Oviya has “Seri behaviour” (slum behaviour) and innumerable cultural qualms about the show promoting nudity and “anti-societal” aspects, it has now earned the wrath of psychiatrists for its weekly task where the participants were to act as inhabitants of a mental asylum.

Pranav Prakrit, a 14-year old with special needs, flung the remote at his television in agitation when he saw the people on the spectrum were being humiliated on the most happening Tamil TV.  Sleepless nights and self-harm were what followed. 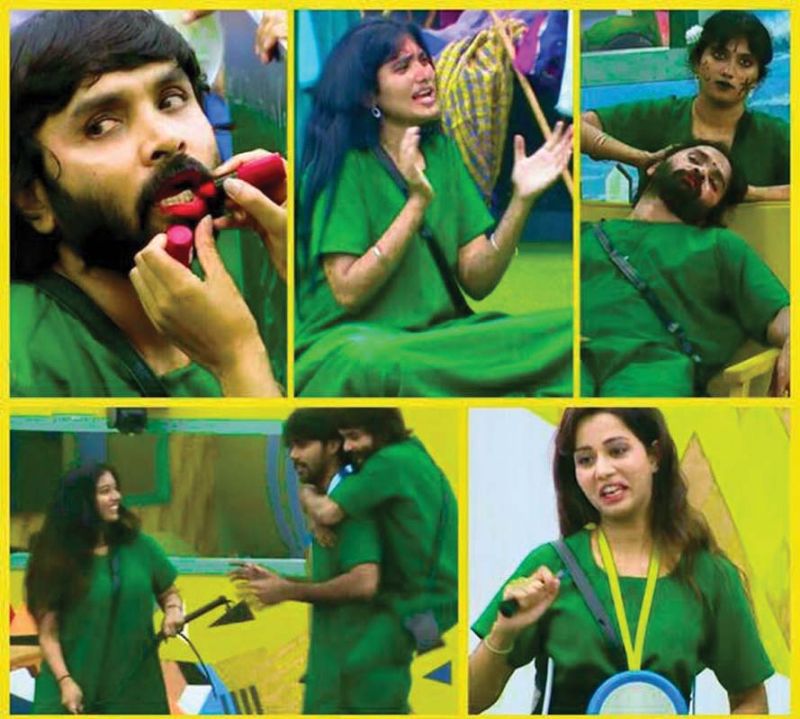 “Any word against the disorder brings anxiety and also results in sleeping disorders. At a time when almost everyone belonging to different chunks of the society are watching the programme, the channel must research properly before jumping into conclusions,” said Pranav’s mother.

As a part of weekly challenge, the contestants were given a task to act like inhabitants of a mental asylum. The stereotypical portrayal of contestants in green gowns pestering others and wailing was slammed by psychiatrists, who believe that shows like these spread wrong notion about specially abled people.

Dr. Vivian Kapil, Psychiatrist, Meenakshi Medical College hospital said the task was detrimental and is adding to the stigma in society where lot of the family members disown their kids with special needs.

“One of the contestants, Snehan was asked to act like a transgender and he was saying that his parents made him like that. It is practically impossible as you cannot impose something that comes by birth or during adolescence on the people in the spectrum,” he said.

Also, talking about Oviya’s bipolar issue, he said the whole concept is misunderstood, as a bipolar person cannot switch moods in minutes like how it is done in the show.

Another psychiatrist Dr. Sivabalan Elangovan said generic comments by contestants Raiza and Vayapuri about people with mental illness are extreme.
When most celebrities are spreading awareness about depression and similar issues, the same people enacting as stereotypical patients spreads a very wrong message, psychiatrists said.

Amid lockdown, DD National brings back its epic 'Ramayan' and other iconic shows

Shark Tank Season 11 a great show for our current times, might spark an idea or two

Hasan Minhaj was 'threatened' as a kid about Manipal Medical college; find out why