Small is the new big in Sandalwood. While there has been a great surge in the popularity of several entertainment programmes on the small screens, the film industry too is now picking faces from these talents on television.

Stars such as Ganesh, Yash, Radhika Pandit, Prakash Raj and even Kiccha Sudeep, have been great success stories that have inspired these soap stars. In an attempt to convert such small screen successes, film producers are turning their attention on actresses who portray strong women-centric roles. Bengaluru Chronicle reports on the latest addition of lead actresses to Sandalwood from popular TV shows. 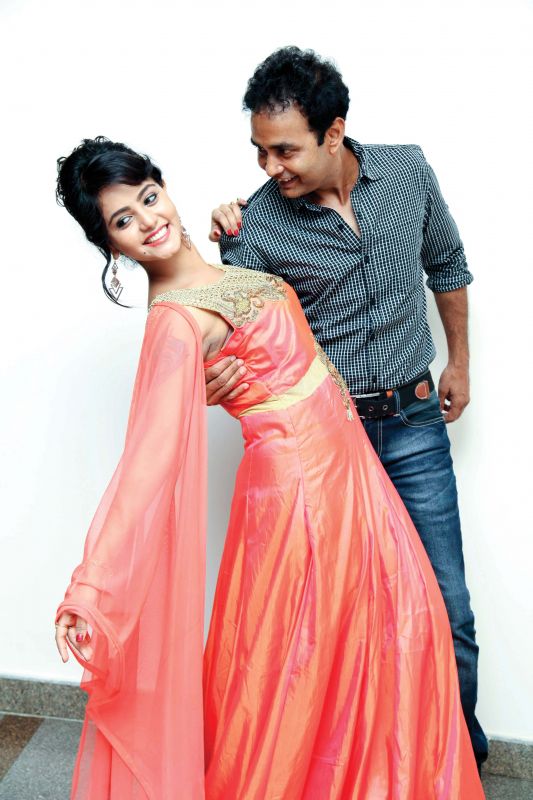 A scene with Mayuri and Sharan from Nataraja Service

Mayuri
Another exceptional talent from the small screen, Mayuri is reaping the success of Krishna Leela and Ishatkamya, and now she is all set for Nataraja Service directed by Pawan Wadeyar of the Googly and Jessie fame. She is paired opposite Sharan in the upcoming release and the actress of Ashwini Nakshatra fame from the small screen has even entered Tollywood with a female-centric subject directed by Shivaganapathi, and it has also been reported that she has bagged the leading role in Kariya 2.

Aanusha
During a film event, Challenging Star Darshan once shared that he would rush home soon after his work to watch his favourite TV star Anusha from Gokudalli Seethe. A qualified civil engineer who made her debut in Great Story of Sodabuddi, is back with several projects despite her debut film failing at the box-office. Her latest venture Once More Kaurava directed by S Mahendar was recently launched. Her sister Ashika, too recently made her debut in Crazy Boy directed by Mahesh Babu. For Anusha, who started her acting career with the short film Shoki, the monotonous work in small screen led her into filmdom.

Ranjini
The latest to go from small to big screen is Ranjini Raghavan of the Putgowri Maduve fame, one of the top ranked TV soaps that has completed more than 1,000 episodes. She is making her debut in Rajahamsha which features senior actor Sridhar, and Yamuna, who makes her comeback to Sandalwood. Ranjini started her acting career three years ago, while performing on stage. She then took up serials and joined theatres to polish her skills as an actor.

“I have been getting a lot of offers but I was happy with my work on the small screen. In fact, I was apprehensive about taking up films, as many would approach me to encash on the serial’s popularity. Small screen has more women-centric roles, while films rarely do. Even roles for an actress are very limited, which was the main reason for me to stay away from films. When Jadesh Kumar approached me for a film, I sensed his sincerity towards the film, and with such good characters, I decided to finally venture into it,” says Ranjini.