A close shave for yash!

It has been a wonderful two years for Sandalwood’s ‘Rocking’ couple — Yash and his actress wife Radhika Pandit. Their decade-long friendship turned into marriage even as the two stars marked 10 years of a career in acting, which they incidentally started together. The icing on the cake was they recently announced they would be welcoming a bonny baby soon. Amidst this, there was one thing which kept bothering the prettier half of the duo (for over two years), and this apparently made Radhika miss her old husband, dearly.

We are talking about the famous beard that Rocking Star Yash has sported for around two years now. Yash’s hairy affair has been a constant source of conversation, and we even carried a story on how he was finally going to shave it off some weeks ago. Now, he finally has shaved it off!

The love for his long hair and beard started when he began growing it for his most-anticipated movie KGF directed by Prashanth Neel. Such was the attention his hairy saga induced, that it made many a gossip column. 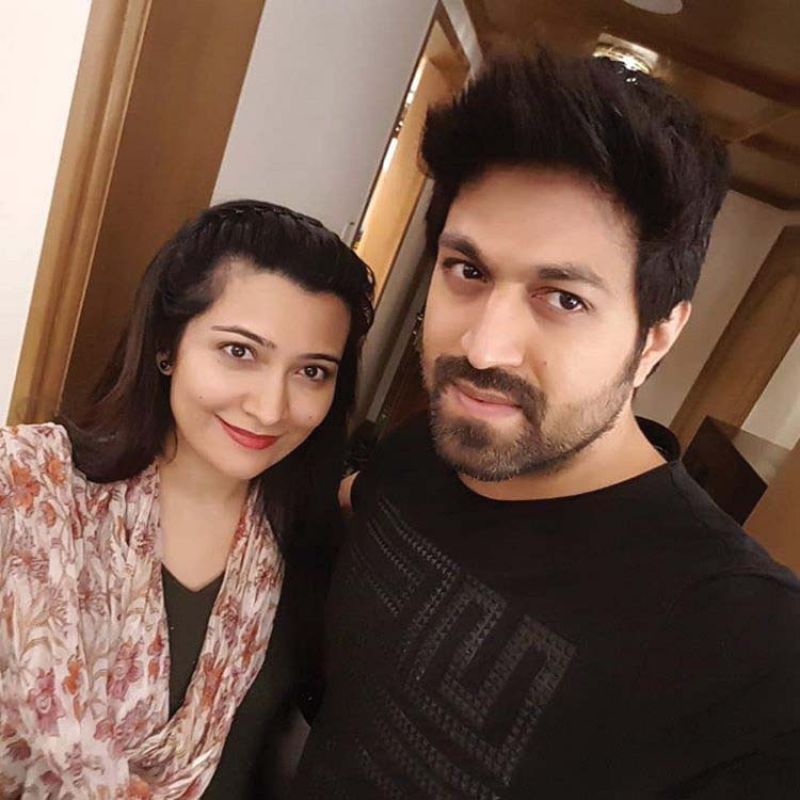 Speaking to Bengaluru Chronicle, he had earlier revealed, “It has seen all three seasons since the film started. I always loved sporting a beard, but never this long. As an actor, I always go an extra mile, especially when it requires me to change my physical appearance to best suit the characters I will be portraying. In fact, I am afraid that people have forgotten how I look without my beard and the long hair.”

Now, after two years, the Rocking Star himself shared a specially-made video for his fans and followers on social media while bidding adieu to his long hair and beard. His wife, actress Radhika Pandit who recently showed off her baby bump proudly, is obviously overjoyed, and says, “I had almost forgotten how my husband looked! I thank the Kirataka team, because of whom the beard and the long hair has finally gone.”

Yash, who shaved for his next project, which is tentatively titled My name is Kirataka, shares that he had become so used to it, and even suggested to the team that they retain it! “However, the beard and the long hair style couldn’t survive. It had to go,” he signs off with a smile, referring to his better half’s wish coming true.