Family members of actor-director Kashinath on Thursday in Bengaluru. (Photo:DC)

Bengaluru: With a career spanning over three decades and over 40 films to his credit, Kashinath was a true filmmaker and actor, who tread a different path, showcasing the life of the common man on reel. Multifaceted , he not only entertained his audiences, but also spoke about issues like women empowerment and human values in films that came with a pinch of comedy too.

The Kannada film industry lost a passionate filmmaker  when he breathed his last here on Thursday at a private hospital after a short battle with cancer. He is survived by his son and daughter. Actors Shivarajkumar,  Kiccha Sudeep, Yash, and Upendra, , actor turned politician, Minister, Umashree and several politicians paid their last respects to him before  he was cremated as per Hindu rites in the evening. 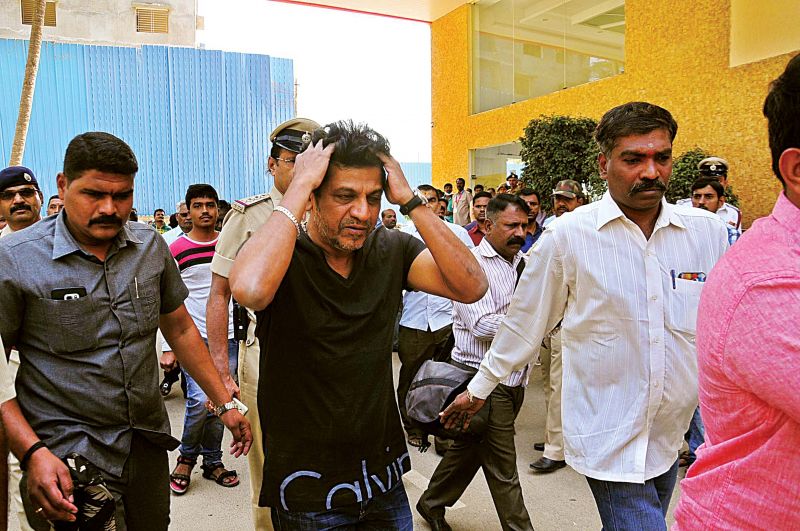 A  legend, and a trendsetter, who created a niche for himself with a different kind of film, he  will be sorely missed by his audience as well. From a humble background in Kundapura, Kashinath started his journey in films in 1976 by directing Aparoopada Athithigalu and then rose to fame with Aparichitha. Later  came his masterpiece 'Anubhava,’ a film which broke many taboos and in which he himself performed. Despite being initially criticised for its 'vulgarity,’ the film struck a chord with the people and was remade in Hindi as Anubhav. His role was essayed by Shekar Suman.  Directing it in Malayalam, he called it 'Aadyate Anubhavam.’

In fact, his films saw the most remakes in other languages, especially in Hindi. In  the1980s, when Kannada films had mega star heroes, Kashinath with no special physical characteristics to suit the role of a hero succeeded immensely with simple stories based on  ordinary lives. Humour was just an added attraction to a larger social issue. He was  accused of heavily using double entendres , but he always stuck to his core subject.

He believed in encouraging and providing opportunity to new talents and several like  Real Star Upendra, Sunil Kumar Desai, V Manohar , Minister Umashree, Abhinaya, and technicians owe  him a great deal. For instance, Upendra worked as assistant to Kashinath along with Sunil Kumar Desai before they started making films individually.

Following the success of his second venture, Aparichitha, a crime thriller, he directed it in Hindi as 'Be-Shaque’ starring Mithun Chakravorty. When it failed to do good business,  he returned to Kannada and made 'Anubhava’.