The ‘R’ girl set to rock and rule!

Dhanya Ramkumar’s grandfather, late Dr Rajkumar, was one of the finest actors in Indian cinema, who ruled the Kannada film industry for decades. Her paternal grandfather was Shringar Nagaraj, a popular actor and producer, while her parents too, are actor-producers in their own right. Her mother was a child artiste alongside her legendary father in the film Premada Kanike. Whereas Dhanya’s father Ramkumar was one of the most popular and attractive leading men in 90s Sandalwood. Coming from this illustrious line of extremely talented and popular industry stalwarts, she represents the third generation further continuing this legacy.

A graduate in journalism, who worked in a public relations firm for a year before deciding to realise her dream as an actress, Dhanya Ramkumar shares that she always wanted to follow in her grandfather and father’s footsteps. “I always wanted to become an actor ever since I started to understand it. However, the fear in me never let me explore my dreams for a long time until I decided to work on it. Now here I am with all the excitement to start shooting for my debut film from the next week!” she bubbles over with enthusiasm. 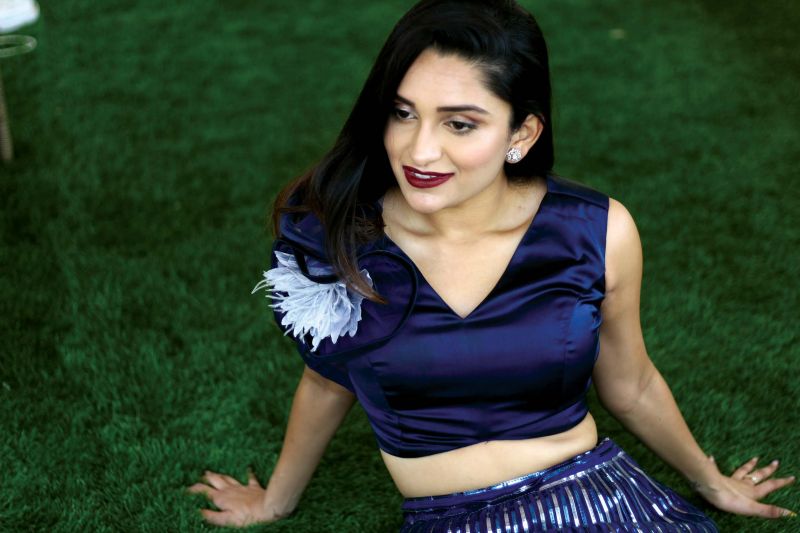 She admits that while her mother Poornima Ramkumar didn’t seem taken aback by her decision to shift gears from working in a company to becoming an actress, it did take her father Ramkumar by surprise. But not only did he support her, the rest of the clan followed suit too. “My entire family, starting from my uncles, cousins and others, have been a great support with all their advice to work really hard. I had to make a few changes with regard to my routine, which is very basic for an artist. This includes working to stay fit and healthy apart from the acting skills one needs to practice forever,” she adds.

Suman Jadugar is the director of Ninna Sanihake, which also stars Suraj Gowda, who has also written the script of the film. “It is the director who approached me and I was really impressed with the content of it, which is very realistic. There is nothing over-dramatic in the entire movie. It is a romantic comedy but the realistic touch to it makes all the difference,” Dhanya reveals.

Insofar as her fond childhood memories with her grandfather, the actress recalls, “There are numerous memories but the one I always cherish the most are the annual new year celebrations. Everyone from the family would attend without fail. It was always a special occasion, wherein everyone would participate in all kinds of entertainment. The junior members would usually put up a special show for the seniors, and I remember that even my grandfather would dance with us like a child!”

Further, Dhanya adds that it was the simplicity of her grandfather which inspires her to be like him even today. “Apart from his impeccable skills as an actor in front of the camera, I deeply admired his simplicity as a person. His mantra was very simple, which was to not worry and to just work hard to live a happy life. I feel if everyone imbibes such simple living, then there is hardly anything to create dissatisfaction in life,” Dhanya believes.

She says that she feels very proud of her father too, as he worked really hard to climb up the ladder and there no is denying that apart from his acting skills, he was loved and liked by many heroines of his times for his looks. And now, her brother Dhirren Ramkumar is also soon making his acting debut in the movie titled Daari Tappida Maga.

But even as it’s been mostly the male members of the family in the limelight so far, Dhanya - the first girl from the first family of Kannada cinema to play a heroine - seems all set to shine in her debut film, and build on her success with a second venture which she is on the verge of signing. More power to her.

A new direction for Nirup Bhandari

Big-budget films in her kitty