DECCAN CHRONICLE. | SHASHIPRASAD SM
Published Feb 13, 2019, 12:00 am IST
Updated Feb 13, 2019, 10:48 am IST
Films on real life personalities seem to gravitate towards this actress, and Yajna is more than thrilled about what is in her kitty.

With an acting career spanning over a decade, this actress has made a mark for herself by essaying some of the most intense characters on the silver screen. Not just that, most of her roles have been based on real life personalities. Actress Yajna Shetty is not only adept at such roles but she also inhabits them completely. First she was “Ramabai,” the wife of Dr BR Ambedkar, then she went onto portray Muthulakhsmi in Ram Gopal Varma’s multilingual venture Killing Veerappan, which was based on the life of slain forest brigand Veerappan. She has yet again returned to RGV’s camp as Lakshmi Parvathi in Lakshmi’s MTR, a biopic based on the life of Telugu’s most celebrated actor and politician, the late NT Rama Rao, told through the perspective of Lakshmi. She has another real life character on the anvil, where she plays the sister of a gangster in Nayeem’s Diary.

She speaks to Bengaluru Chronicle about bringing real people and their stories to life on the big screen, and more.

“On the work front, I have RGV’s Lakshmi’s NTR, then the bilingual — Nayeem Diary, which will be made in both Telugu and Kannada, followed by Operation Nakshatra and Katha Sangama in Kannada. As far as portraying real life characters is concerned, I really do not know how they keep coming back to me. It is certainly a good thing as I enjoy ‘living’ up to the challenges such roles offer,” says Yajna Shetty. 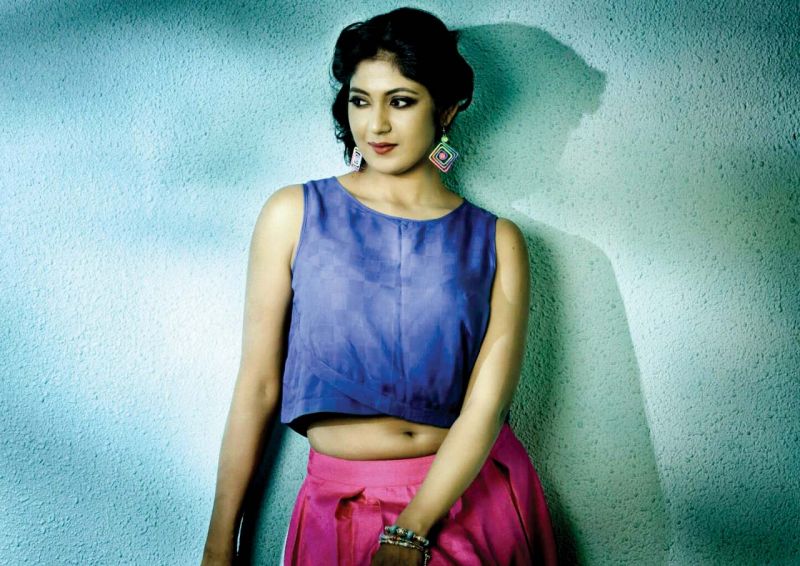 Ever since her brilliant portrayal as Ramabai, the wife of social reformer, politician, the chairman of the Indian Constitution Drafting Committee, Dr BR Ambedkar, she returned to play the wife of slain forest brigand Veerappan in Killing Veerappan. And, now all eyes are on her next portrayal as Lakshmi Parvathi in Lakshmi’s NTR, directed Ram Gopal Varma. This one is the second venture based on the life of a celebrated actor and politician NTR Rao, but it’s unique in that it is from the perspective of his wife Lakshmi Parvathi.

“I cannot reveal much about the project but it certainly gives a different take on the life of NTR, and the prominent role played by his second wife Lakshmi Parvathi and how it changed the political scenario, and his family. It is an emotional journey of a women and how she stood beside such a legendary personality in his most difficult times,” she says. Even in her next bilingual —Nayeem Diary, which is based on the life of a Naxalite and alleged criminal, she plays his sister Jareena.

Ask her about her affinity for biopics and real life characters in tales webbed around true incidents, the actress explains that she does not necessarily need to ape them as they are already well-known in public life.

“I stick to the director’s perspective of such roles. The onus is definitely on the artiste, but again imitating is not the only way forward. It is all about a different version to a character,” Yajna feels.

The actress reveals that she doesn’t believe in prompting. “Even if I am unaware of a language, like how I started with Telugu with no idea about it, I make sure I learn the language and deliver it by myself,” says Yajna.

On Operation Nakshatra, she reveals that it is a crime thriller, and in Katha Sangama which comprises of seven different stories, she portrays the female protagonist in one of them.

As an artiste, travelling is a part of her life, and she dearly loves those jaunts. Her other favourite hobby is to read books which she says she is always hooked onto even when she is on the sets.