When a group of NRIs get together to co-produce a Kannada film, you know it's going to a special venture. Londonnalli Lambodhara, a flick directed by Raj Surya, was an idea that was born, thanks to the passion of a bunch of Kannadigas staying abroad. The movie, whose clap event took place last month in the city, features Santhosh Iyengar and Big Boss contestant Shruti Prakash in the lead.  Talking about how LondonNalli Lambodhara happened, Santhosh reveals, “Last year, I travelled to New York to meet my friend Sanjay Sudarshan.

As we discussed movies, we revisited our engineering days' dream of making one. We shared the idea with Pranava Iyengar (music director) and Panidhar Revanur (DOP), who got on board instantly. When we decided to go full-fledged, we knew we needed more hands and money. The movie is now being produced by Sudarshan B of My Master Movies and will be partly funded by doctors and engineers living in the UK, who've formed an entity called London Screens.” In the film, Santhosh's character is an ardent follower of the daily horoscope. “The story goes on to show what happens in India and the UK, thanks to his belief. He believes in two things  –  that he will go to London one day and also meet a white girl there,” says Santhosh, of the movie that also stars well-known actors like  Sampath Ram, Sadhu Kokila, Achyuth Kumar and Sudha Belawadi. 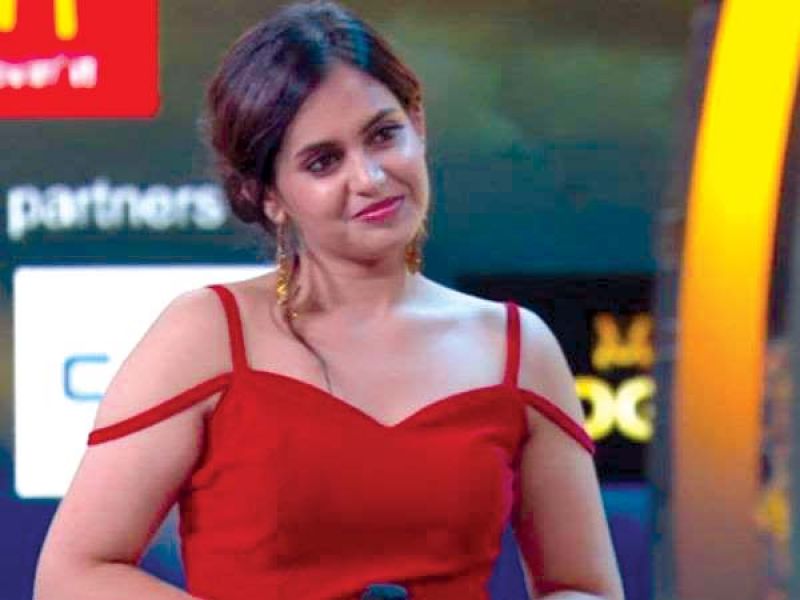 Interestingly, Santhosh quit his job in Microsoft to work on his first film. “Movies take a lot of time, so I wanted to give my hundred percent. I moved to the UK in 2011 and have acted in local dramas over the years,” he shares.

As for the female lead, it's being essayed by the gorgeous Shruti Prakash who's now touted as the 'crush of Karnataka', thanks to her stint in Big Boss. “This was the first movie that I was offered after the show. When the director contacted me, I wasn't sure of my decision as it was a new team. But he met my Dad and explained the concept to him. My father found Raj very genuine and I kept in touch with him and decided to do the project. I didn't mind doing a small banner film as long as the content was good. I was looking for a performance-oriented role and didn't want to be mere eye-candy,” she says.

This Kannadathi, who was born in Roorkee, Uttaranchal, has travelled quite a bit while growing up as her Dad was in the army.  “We now have a house in Belagavi, where my parents stay. I stay in Mumbai,” says Shruti, who's acted in two Hindi serials - Ishq Unplugged and Saath Nibhana Saathiya.

Her new-found fame down South has left the lass ecstatic. “It feels really nice because people, especially girls and housewives who watched the show appreciated me for being the most genuine person in the house. They liked me for the way I am. Despite having worked in Hindi serials for two years, the love I've received from the South has been so much more,” says Shruti, who's also crooning two songs in her debut film. “I've also been signed up by Warner Music to create originals,” she adds.

Puneeth Rajkumar cherishes his days as a child artiste

Heroines roped in for publicity!