Resonating on a higher note

All about the drums: A student performing during the event.

Loyola Academy Degree & PG College’s cultural fest, Resonance 2017, was a spectacular affair with Tollywood stars including Akash Puri, Sai Ronak and Sriram Aditya being present to interact with the students.

While the first day started with the inauguration of the event by Akash, the event started with power-packed performances by the students. Solo and group dance,  classical dance, drama, mime, instrumentals, film screenings, solo and group singing, stand-up comedy, debate, quiz and slam poetry were some of the events held for over three days.

While some of these events were held on stage, participants for rangoli decorated the pathway from PG block to Inigo block on campus with colourful rangolis.

Says Marc Joseph, who participated in group, solo dance and a band performance, “I won all the competitions. It was a wonderful experience. Dancing has always been my passion.” Meanwhile, Shreya, who took part in six events, says that it was a great experience as they could do something more than academics. 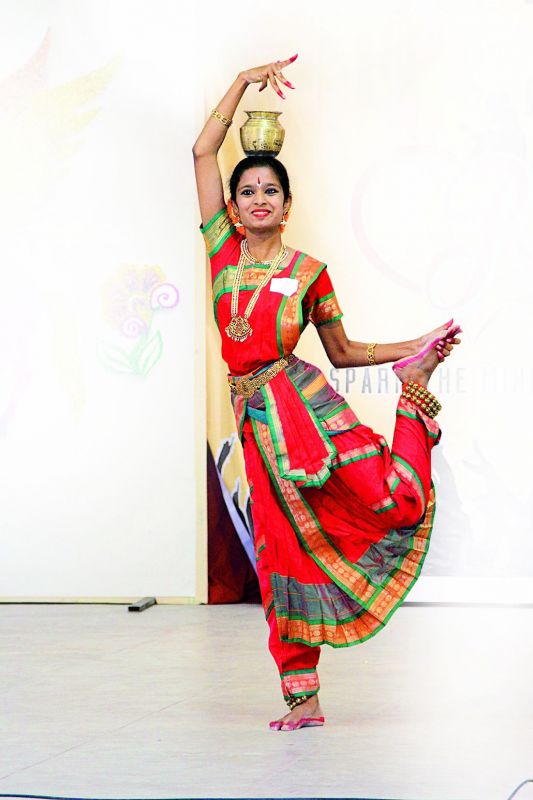 The Resonance Bazaar was the highlight of the second day. Students set up food and game stalls alongside stalls with interesting accessories.

K. Vaishnavi, Head Girl, adds, “It was a celebration of life. Almost 4,000 students took part in this festival. Students from various departments and colleges competed in various categories.”