Having recently won the coveted National Award for her song Mayavi Manave from Nathicharami, multi-faceted musical ace Bindhumalini says, “I didn’t believe it one bit initially. It was too good to be true. I kept telling myself it’s the wrong news. I tried to compose myself and get back to my teaching. But the phone kept ringing nonstop. Then, after a point, I was like, okay, so yes, I got a National Award. It was too large to even understand what is going on!” laughs Bindu in delight.

When the winner for the National Award for best singer was announced, the versatile songstress who bagged it couldn’t believe her ears. After a good two weeks, the victory has finally sunk in and crooner and music composer Bindhumalini gets candid with us about her life lived in music… 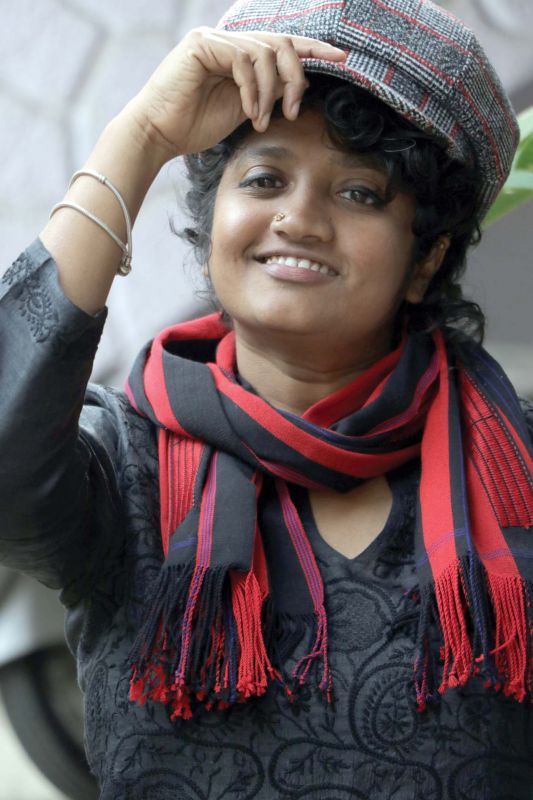 With Nathicharami having won five awards, Bindu is thrilled that the entire team is on a high. “It is a wonderful feeling. Just one aspect doing well in a film is not sufficient, the director must make sure all aspects must fall in sync with one another,” says the musician, who calls her friendship with actress Sruthi Hariharan a joyous and loving one. “In fact, she was the one who recommended my name to director Manso Re,” she confides.

Born into a musical family, Bindhu’s been surrounded by tunes since childhood. “My mother sings – she’s trained in Carnatic music. My grandmother is Kalaimamani Seetha Doraiswamy, a Jalatharangam artiste. I learnt Carnatic music for many years. Then from 2007, I started Hindustani taleem from Padmabhushan Ustad Abdul Rashid Khan,” says Bindhu, who also looks up to musician Ilayaraja.

With her being one of the very few female music composers in the film industry, she’s often asked about her experience in the male-dominated field. However, she maintains that she’s not faced any bias due to her gender. “In fact, I’ve experienced bias of a good kind. I have been treated with utmost respect. The directors have been extremely accommodative, understanding and professional too.” As for women musicians who want to get into composing full time, she advises, “I think it is very important to just follow your heart. Everything will fall in place.”

As composer, Bindu has created tunes for films like Harikatha Prasanga and Aruvi previously. Apart from working on films, she also wants to engage in collaborations and projects with good content. “I’m making music for Priya Thuvassery’s documentary film Coral Woman and am also performing The Threshold with MD Pallavi, both of which are very special,” she smiles.