Everything is music: Songs from Kashmir

Aabha, of Indian Idol fame, is known for her raw and deep voice that she believes is best suited for her beloved genre Kashmiri folk.

If the recent Bengaluru rains have dampened your mood, allow Kashmiri artiste Aabha Hanjura and Sufistication to lift up your spirits with their eclectic mix of Kashmiri folk music, Qawwalis and Sufi songs albeit with a contemporary twist. “There is Sufi rock, Punjabi folk, Kashmiri folk ghazals and we’ve kind of also fused it with some gypsy, some pop,” says Hanjura, the vocalist of the ensemble.

Aabha, of Indian Idol fame, is known for her raw and deep voice that she believes is best suited for her beloved genre Kashmiri folk. She went as far as to take a step back out of her commercial career post the talent show in order to pursue singing Kashmiri Folk.

“My heart just wasn’t in it… back then, the industry was much more monopolised and I really wanted to create a path of my own, my own sound and I knew it wouldn’t happen if I kept singing other people’s compositions,” she recalls.

She explains that her journey back home guided her musical path. “When I went home about five years ago, I realised that it was there all along. I just had to take it outside Kashmir. Something about the poetry really attracts me, it just speaks to me,” she says. 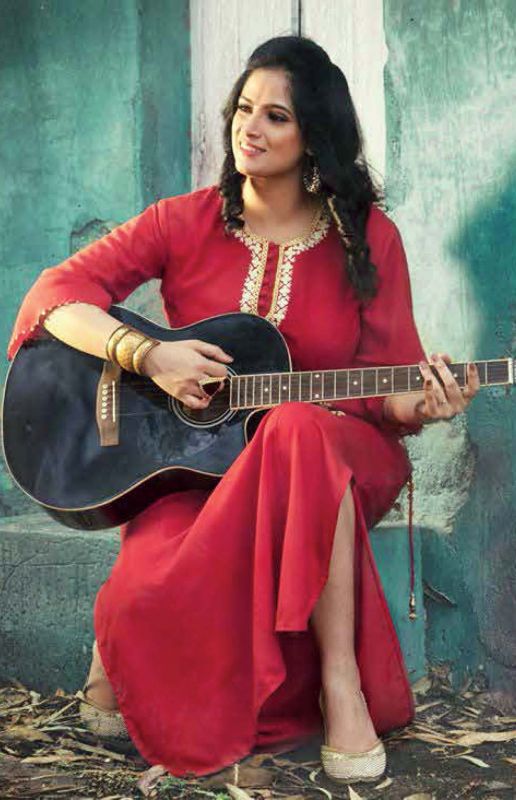 Aabha Hanjura and Sufistication are currently working on their upcoming album.

It’s often easy to break away from one’s roots when the question of adaptaion arises. Especially in an untouched genre such as Sufi Music, but Hanjura thinks it’s all dependant on the one who makes the music.

There is a thin line between fusion and confusion, right?” she says laughing, “Music is subjective. It is never as straight forward… that’s the thing about art. All you can do is your best. Experimentation helps, otherwise, as in the case of old Sufi poetry, it stays stagnant in time,” she remarks.

She reveals that she is training in western music broaden her horizons. “I’m actually learning a lot. It is helping me shape my techniques on stage as folk music is essentially meant to be performed in front of a live audience.”

If you’re new to soulful eclectics, these Sufi sensations also have lined up some upbeat tracks as well. “We think Sufi is for the soul and the folk is for the fun!” she says excitedly, “There will be tons of familiar stuff. There’s Punjabi folk music to dance your socks off and groovy Qawwalis and Ghazals to soothe the insides. I’m sure it will ring a bell.”