Singer Alicia Keys left everyone in awe of her after she played two pianos at the same time.

The 61st Grammy Awards is proof that Alicia Keys can do it all. The musician reminded everyone that she is one of the best in the business when she took the stage to play two pianos at the same time during one of her Grammy performances.

Playing the medley of different songs while sitting between two grand pianos, Alicia delivered one of the most impressive performances of the evening. While the musician-singer is being lauded on the social media, pianists across the world are appreciating the level of confidence and dedication Alicia’s performance showed.

“It’s an absolutely difficult task,” says city-based celebrated pianist and music teacher, Mohit Dodwani, who is the first and only pianist in Hyderabad to obtain the prestigious qualification of LRSM (Licentiate Diploma in Piano, ABRSM).
“This kind of performance requires intense training and should be practised a couple of times before the artist is confident enough to go on the stage, especially for music’s biggest night — Grammy,” he adds. 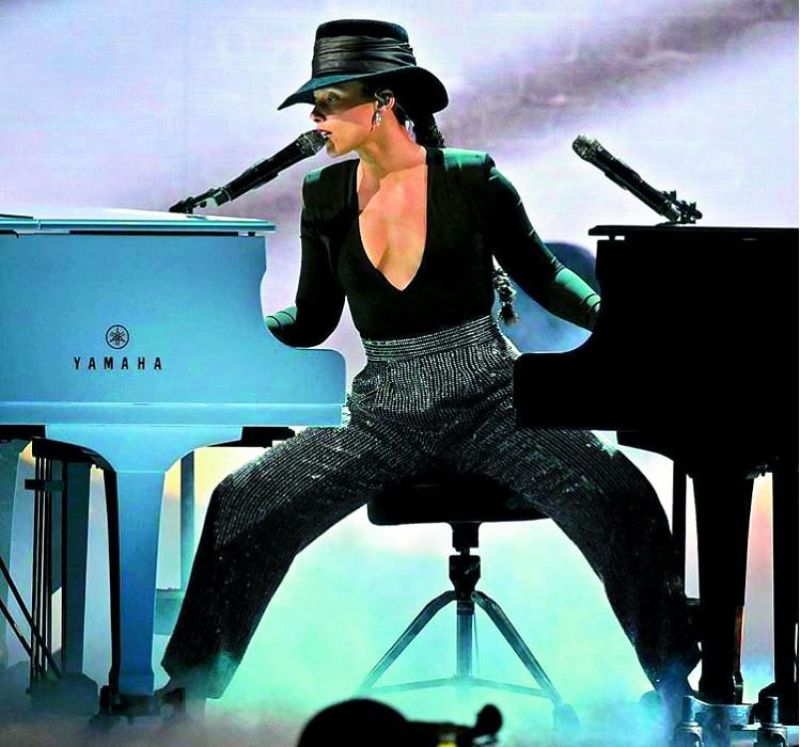 Although, some people pointed out that for a musician as accomplished as Alicia, to play two pianos at the same time wouldn’t have been a great task, one has to understand that if the pianist makes a single mistake it will be audible to the entire audience.

Says Anil Srinivasan, a well-known pianist from the city, “I was quite blown-away with Alicia’s performance. Piano is played with both hands, and so for someone who has been practising the instrument for long, it’s not a mammoth task to play two pianos at the same time. Having said that, I have to emphasise that Alicia’s performance was beautiful and seamless.”

Twitterati goes gaga over Alicia
Bella Hadid @bellahadid: I’m not trying to live tweet this Grammys at all but Alicia Keyes is oh my Wowwwwww. The beauty. The talent. The poise. The greatness.

Rena@LauRenaTamara: Alicia Keys should just do all the performances. This is the most entertained I’ve been all night  #GRAMMYs

Patrick Schmidt @PatrickASchmidt: I wish I had 1/1000th the talent Alicia Keys has. My lord. #Grammys

Smoke DZA @smokedza: Alicia Key’s is refreshing everyone’s memory on why she’s one of the greatest of all time

Pascale @PascaleBlaise: This Grammy performance of Alicia Keys was amazing. Singing on two pianos, her voice is timeless