Tabla wizard Sandeep Das has just done India proud. Along with his group — The Silk Road Ensemble — Das has won the Grammy for Best Global Music.

The tabla player, whose first live performance on stage was at the age of 15 with Pt Ravi Shankar, learned to play the tabla from legendary musician Pt Kishan Maharaj in Varanasi when he was 9. His 23-year-long career has seen him release over 40 albums, three of which  were nominated for the Grammy Awards. Also proficient in the drums, Sandeep has performed at iconic international venues such as London’s Royal Albert Hall,  Carnegie Hall and Kennedy Centre. 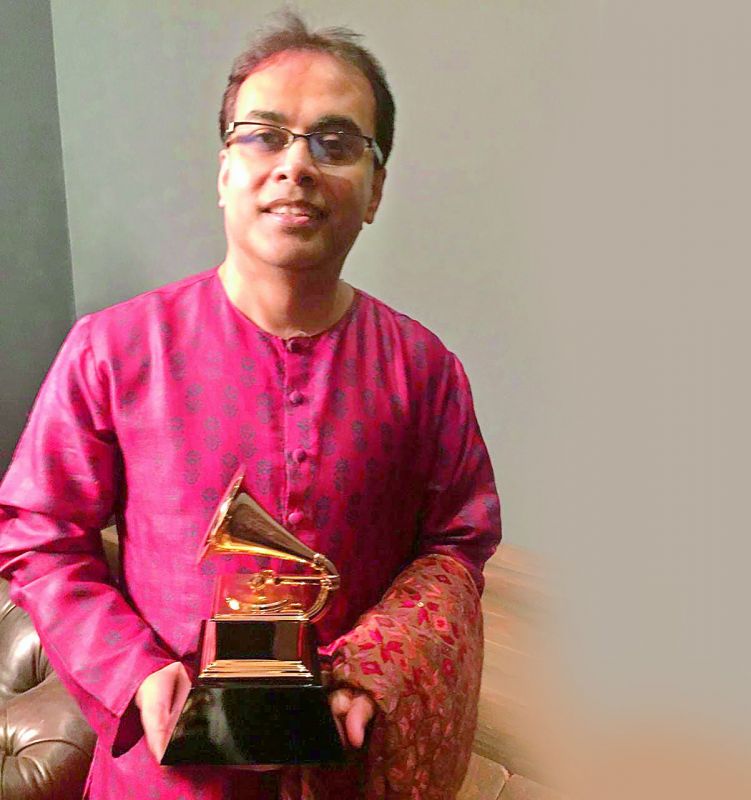 Sandeep Das with his Grammy

Speaking right after the victory in Los Angeles, an exultant Sandeep says, “I am very proud of the Grammy because I’m representing India on a global platform. This was my third Grammy nomination, and we did it this time! So yes, it feels good. I was also very happy because I was the only one on stage wearing traditional Indian kurta-pyjama. Everyone else wore suits.”

Sandeep wonders why there is so little respect for Indian heritage in India. “I get so much love and respect here. I’ve performed at some of the most prestigious venues in the West and been invited for guest lectures at the most distinguished universities in America. But the Indian media has largely ignored my efforts,” says Sandeep, who is regarded as the most accomplished tabla exponent after Zakir Hussain, adding, “Ironically, classical heritage is dying in India while it is being celebrated in the West. The media in India wrote about Karan Johar lecturing at the Harvard Business School, but no one took notice that I was invited to teach ‘Arts In Education’ at Harvard.”

Sandeep has made Boston his home with wife Tripti and daughters, Sakshi and Sonakshi. “Sakshi is an Odissi dancer while Sonakshi is a tabla and golf player, just like me.”

Sandeep is not just looking at the West to foster his talents. He is a keen observer of talent in India as well. “I’ve incepted an organisation called Hum to sponsor musicians. We are currently looking after six visually impaired musicians from India and are interested in doing a lot more for talented young Indian classical musicians.”