Cardi B and Offset during the Grammy

Cardi B made history at Sunday night’s Grammy Awards — and understandably got pretty emotional. According to reports on EntertainmentWeekly.com, Cardi became the first solo female artist to win Best Rap Album at the Grammy. With the victory for Invasion of Privacy, the 26-year-old rapper joined Lauryn Hill as the only female winner in the award’s 23-year history. Hill won in 1997 as a member of The Fugees.

Cardi was overwhelmed with emotions upon taking the stage and jokingly said, “The nerves are so bad. Maybe I should start smoking weed.” She went on to say, “I want to thank my daughter. I’m not just saying thank you because she’s my daughter. It’s because when I found out I was pregnant, my album was not complete. And then you know how it was, we were like, we have to get this album done so I could still do videos while I’m still not showing.” 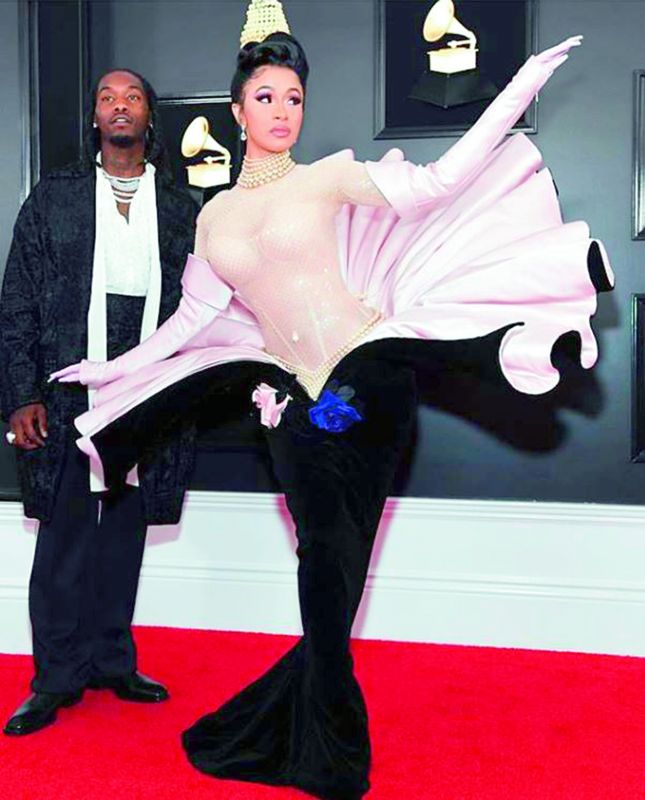 The rapper also gave a shout out to artists that collaborated with her on the album including J. Balvin, Kehlani, Bad Bunny and the Migos.