Fans went gaga over Justin Bieber during his performance at the Mumbai concet. (Photos: Viral Bhayani)

Mumbai: After weeks of anticipation, international pop sensation Justin Bieber finally arrived in Mumbai on Wednesday for his first international concert in India.

In the build-up to the concert, the maximum ticket price of Rs. 76,000, the lengthy list of his ‘unrealistic’ demands and spat between Sonakshi Sinha and the Mallik brothers, Armaan and Amaal, over reports of the actress being the opening performer at the concert, had made headlines.

And Bollywood celebrities like Sridevi, Alia Bhatt, Jacqueline Fernandez, Arbaaz Khan and Malaika Arora with their son Arhaan, Raveena Tandon and others made their presence felt at the D Y Patil Stadium in Navi Mumbai.

The singer has a massive fan following all over the world and the concert saw a good turnout of his fans, also known as ‘Beliebers’, who later posted videos and pictures on social media.

The concert, known as the ‘Purpose Tour', featured songs from the album and he invoked it by saying "I just want to remind you. No matter who you are, how old you are, where you're from, you have a purpose."

He got the fans chanting 'Mumbai... Mumbai' and promised them that he will be returning again.

Here are the best pictures from the concert: 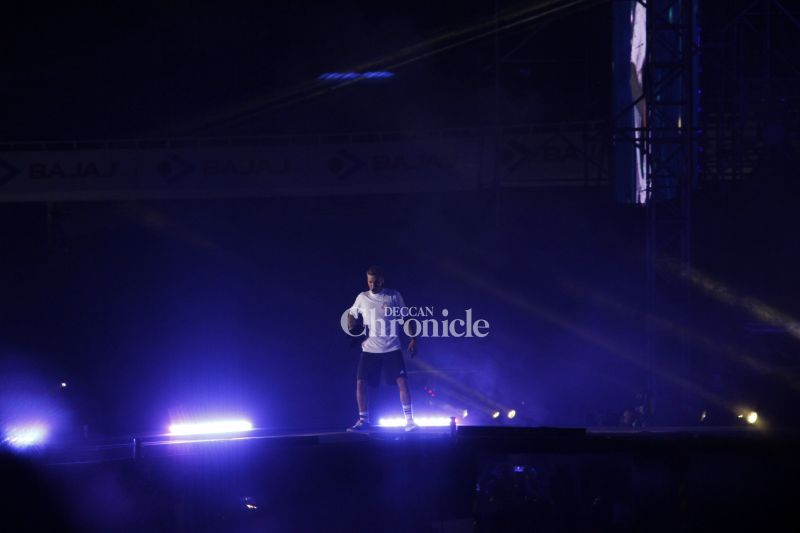 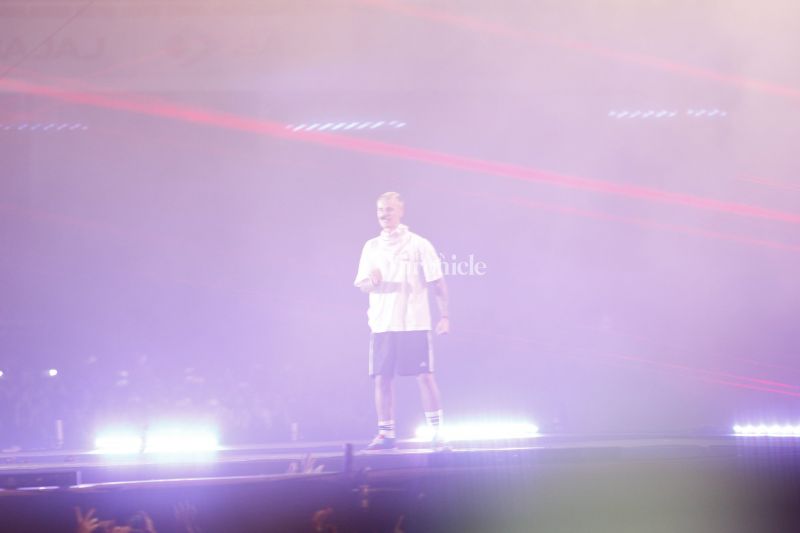 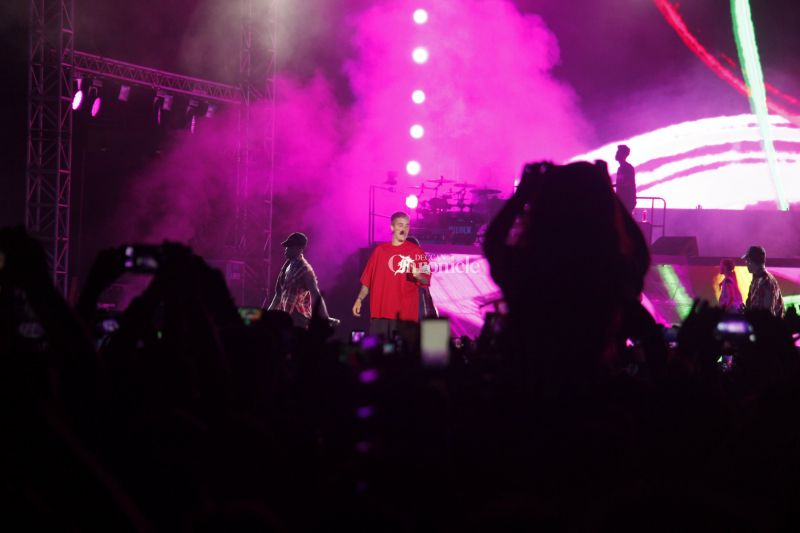 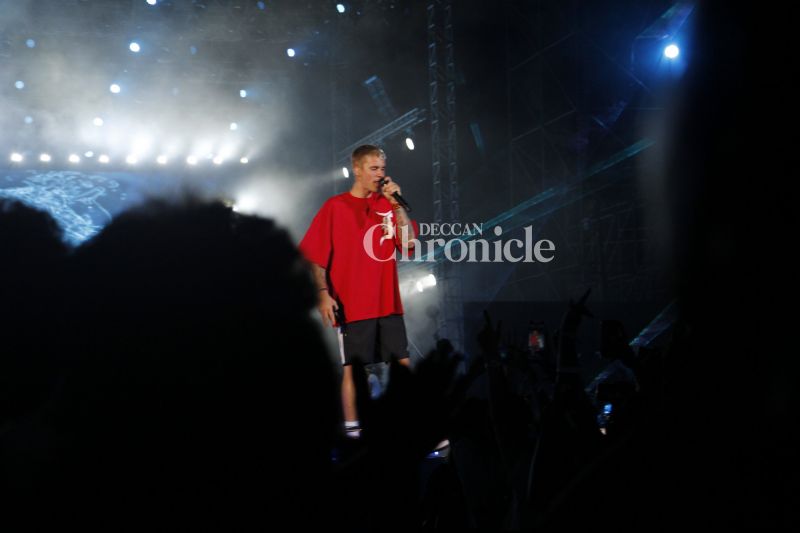 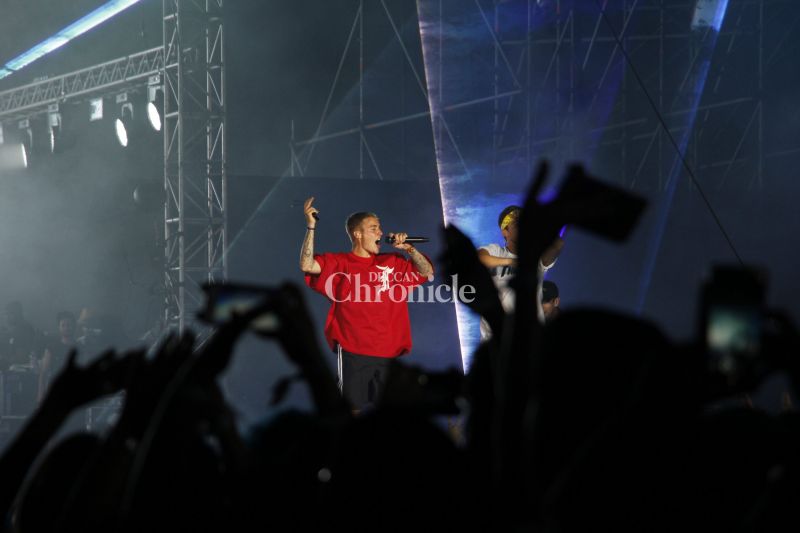 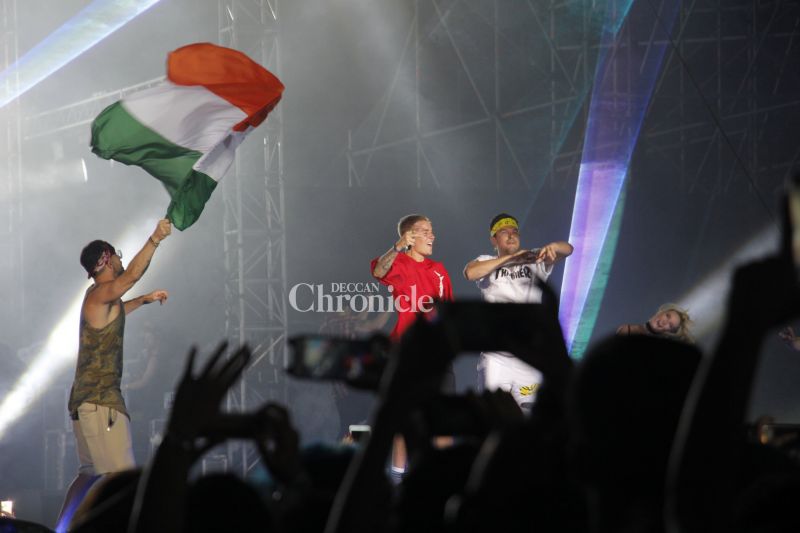 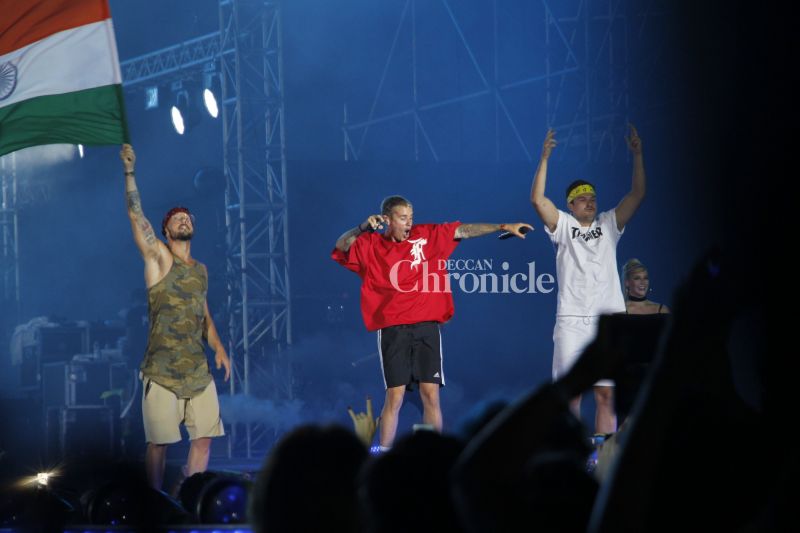 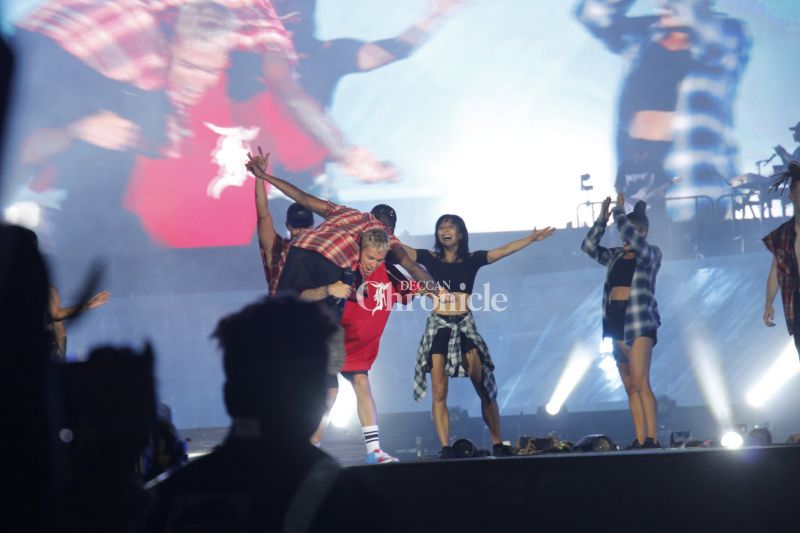 The international pop sensation is reportedly setting off to Agra to see the Taj Mahal and will also visit Delhi in the next two days.

■'It's a privilege to be here, I'll be back': Justin Bieber ends Mumbai concert
■Justin Bieber treats himself to coffee; plays football with localites
■Sara Tendulkar has a major fangirl moment with Justin Bieber
■Action begins at DY Patil stadium, as crowd awaits Justin Bieber's arrival onstage
■Even a Madonna or Beyonce would ask for it: Sonu defends Justin's high-end demands