While the quality of performances on the increase, it is becoming an increasingly tough task to select the toppers from among those short listed.

Come December, and it is show time again. Over the years, the December season has become the ground for showing new and experimental work which promises a trajectory that is exciting and far reaching, reaffirming our roots in the cultural arena. The music season in Chennai will be a buzz with activity, both on the listeners and performers front. Today audiences are larger, keener, more enthusiastic and more appreciative. The number of impressers and concert organisers too is on the increase. Often they come with innovative ideas in programme planning and presentation to attract more listeners. Large commercial and business houses, newspaper networks have joined the fray, of course, regarding music as a business proposition. The pursuit of music and dance is now considered as a sign of culture and personal adornment. The number of young artistes participating, has been on the rise in recent years bringing out a wealth of aspiring talents to public view. We can list S.R.Veeraraghavan, the Mambalam sisters, Nisha Rajagopal, to mention a few. Apart from it, Harikatha too is being encouraged for preserving and promoting the arts in their pristine purity. 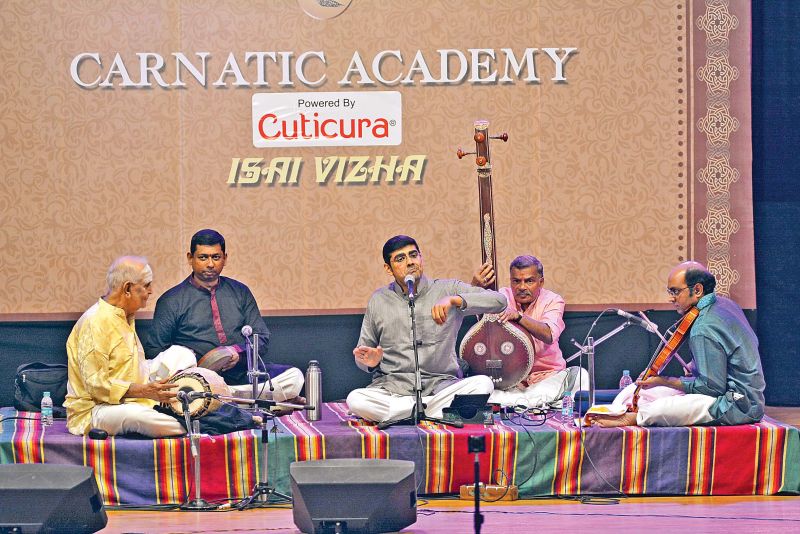 Vocalist Sikkil Gurucharan and Umayalpuram K. Sivaraman on mridangam performing at a music festival in the city on Friday. (Photo: DC)

While the quality of performances on the increase, it is becoming an increasingly tough task to select the toppers from among those short listed. The names that come easily on this front are those of Bharath Sundar, Vidya Kalyanaraman, Parur Ananthakrishnan, K.P.Nandini, N.C.Bharadwaj and Harish Kumar. The top musician is of course no longer the proverbial ‘penniless wretch’. Avenues of earning have multiplied considerably and the fees of musicians in good demand, have skyrocketed. The advent of sponsorship as a phenomenon is a good sign, but companies must be careful about whom they fund, particularly when this funding goes to “fly by night” operators during the music season. Music buffs like Mrs Y.G.Parthasarathy and the late A.Natarajan feel that though proliferation of  programmes do help the artistes, remuneration of the artiste should not become a pittance when compared to the generous inflow of funds from sponsors. 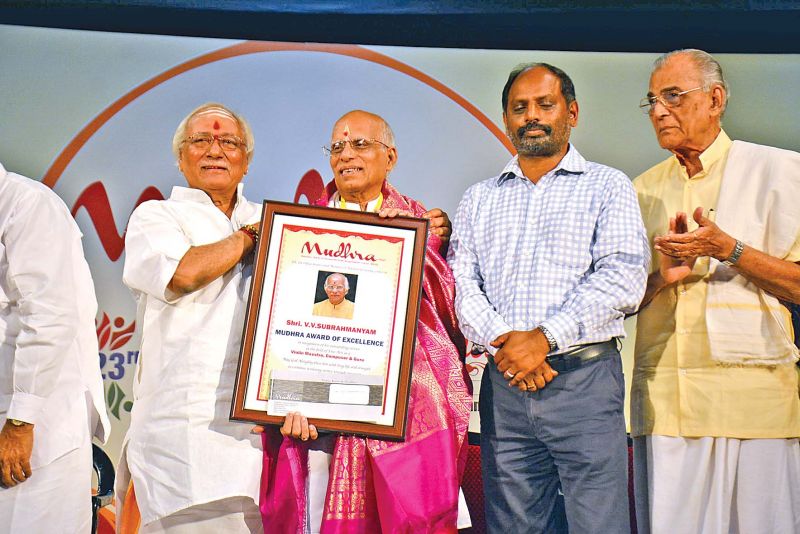 Let a thousand voices echo across the city, Let a thousand ankles chime and let us say with a nod, “Let the happiness and pain become a music in their string, fill the mouths of heaven, with their tongue”. I would like to conclude with a caveat. Contradictory viewpoints are expressed regarding proliferation of programmes in the December Festival, that has been growing bigger and bigger with every passing year, but let not the condition be that there is apoplexy at the extremities (too many concerts), while there is sheer anemia at the centre (no audience).