For those who are far away from home

The song features various art forms of Kerala against scenic landscapes, and music carries the vigour of Onam.

For Justin Thomas Chengannur, his song KL Unified | Ezham Kadalin Akkare, sung by Vijay Yesudas, is a dream come true. A passionate musician, he had been working towards this song dedicated to expats for a long time. “I had worked in Dubai for some time. I am aware of the unity among them. The lyrics written by Linku Abraham are in tune with the thought,” says Justin, who composed music in parallel during his Dubai days.

The song features various art forms of Kerala against scenic landscapes, and music carries the vigour of Onam. Towards the end, it also takes a look at the 2018 floods, reminding everyone about unity. “I was also a victim of the floods, and know the fear it caused to all. That was also the time when we witnessed unity among our people,” says Justin, who has composed more than 30 songs this far. He has also composed a jingle for an FM station in Dubai. “But, this is my first commercial venture,” he says. 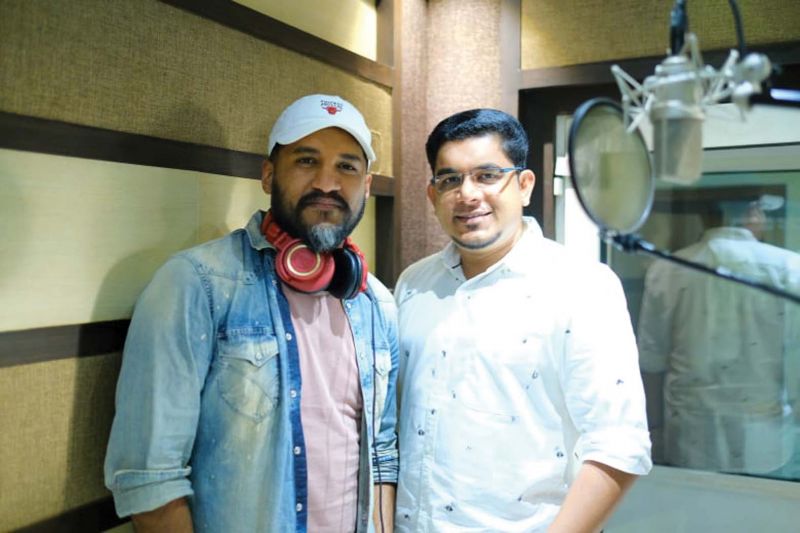 Presently, he runs a music academy in Bengaluru. “I quit my job in Dubai to launch this. The journey has been really tough, but I was determined to prove my mettle.” Concept of the song is by John Abraham. Besides unity and Onam, what the song tries to highlight is the natural beauty of Kerala. It takes audience to beaches, hills and valleys and features art forms like Kathakali. And, the beauty is primarily captured through aerial shots. “We attempt to bring the core beauty of Kerala through the song. Aerial shots convey that in the best way,” says the self-taught musician.

He discovered that his life is music after a bike accident at the age of 21. “I realised I had to follow my passion. I used all resources I could lay my hands upon to learn music. There was no support in the beginning; some even mocked me and my music. But, that only fuelled my passion,” recalls the young musician.

He has a band Risen Love. Every year his band performs for children in orphanage. He is happy about the feedback KL Unified receives and hopes to do more compositions in the future.