Madboy/Mink are back in the Indian Indie scene with their new EP Plastic. Elastic. Superior. Fantastic

Three years since their second EP Union Farm, Madboy/Mink are back with another distinct sound with Persons. Elastic. Superior. Fantastic. Sonically completely apart from their previous works, P.E.S.P is grounded in moods and sounds associated with outer space and our reception of it. Imaad Shah and Saba Azad — “Madboy” and “Mink” recall the big band days and more recently today’s ‘blues, jazz and disco’ when asked about the musical influences on this record. “We don’t consider ourselves edm, with this EP there is a much lighter sound,” says Imaad and evidently there is.

Comets the first single off P.E.S.P sounds like a synth-infused dream sequence taking place beyond our world. Their record feels like being in your bedroom in the 60s and the 70s, following the American and the Soviet advances to space while someone listens to music in the bedroom next door. “It’s a view of the world from space, our times and what’s going on in the word. A reflection on how insignificant we really are in the larger scheme of things,” Saba explains when asked about the themes their EP explores as a whole. 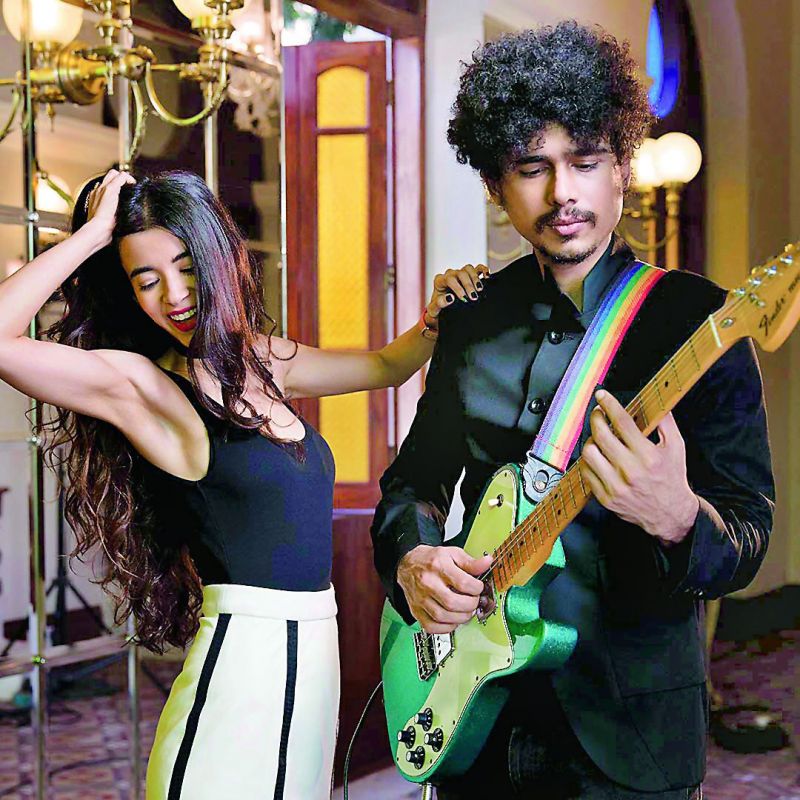 “When we were making this EP, both of us were really interested in retro-futurism which is basically our preoccupation with the future- the fictionality of the what we thought the future would be like in the past,” she says. Imaad adds “That and at the same time we’re trying to make disco music, there are just a lot of influences from disco. We call it cosmic disco.” Exploring existential themes can often be a result of personal experiences — but they both were drawn towards the idea because of curiosity and interest.

“We’re both from film backgrounds and we were always fascinated by retro-futuristic cinema too,” Saba tells us. One song off the EP titled Laika is a direct reference to the first dog to orbit the earth in 1957. “While Laika is the hero of the song, it’s important to think about what his sacrifice has led to. As humans, we trivialise and belittle everything.” Both of them agree that the future we think of is just a fiction that we make up, while reality plays out as it does.

When asked about if it’s a political album, Saba says “It is political. I don’t want to shy away from it. It is a commentary about our times you could say.” Another song called Minimum talks about the “things going wrong with our world which ties up with space exploration being a humbling experience.” Sonically, P.E.S.P contrasts with their previous work which was louder, dancier and more conducive to club environments. “We wanted to make music that can be heard at home too, which is introspective and also funky,” Imaad explains, and they do just that. While their sound is a mix of funk, disco and alternative styles — their EP is thematically so loaded in substance that it’s hard to not think about things that are happening in the world, because their music is a part of this world too.

Both Imaad and Saba have acted in films while pursuing music and continue to share their talent with the world with P.E.S.P. While it’s clear they’re both incredibly talented and perceptive, they wish to not disclose what the title itself means. “It’s personal for us and at the same time, we want it to be free for interpretation.” In their own words, their EP can be described as ‘Disco music’, with subtle layers underneath it that are injected with additional meaning which is moody and can be a bit dark.”