In 2004, when playback singer Jassie Gift threw some English lyrics accompanied by fast beats in between the Lajjavathiye song in the movie 4 The People, Malayalis didn’t catch it well. Though both the film and the song were hit, the four lines, “Watch on watch on watch on / Watch this dup dup dup style / I’m gonna dip dip dip it in your smile / Hold me baby just hold my hand forever and ever” might possibly be the most misunderstood and mispronounced (some intentionally) English lyrics till date. Jassie Gift was definitely not the only rapper or hip hop artiste in vogue at that time, but he has been the most popular one among Malayalis since then. But it didn’t do anything good for either Jassie or hip hop at that time. 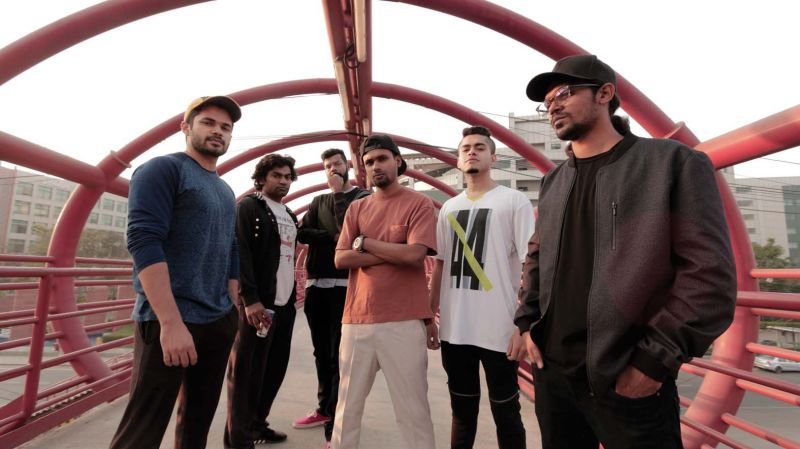 Rap music is undeniably one of the most popular music genres, starting from the late 1970s. However, it came to the Indian musical scene very late. Ironically, Kerala, being very open to all progressive art, is yet to welcome rappers compared to other states. When artistes like Tupac Shakur and The Notorious B.I.G. ruled the world of rap, it inspired very few in Kerala. But interestingly, we have had rap artists like Rjv Ernesto of Street Academics, who started off in 1999. Still, Malayalis are yet to add rap to their playlists, even though we have a few great Malayali artistes who rap in Malayalam. Meanwhile, other music industries are heavily cashing in on this genre lately. Since the release of Gully Boy, people have started searching for raps on YouTube, says a poll.

In the recent years, young film directors and music composers have given space to rap and rap/hip hop music in their projects, a notable example being Nirmal Sahadev directorial Ranam. Fejo, who did a rap for the song Ayudhamedada, is one of the most recognisable rappers in Malayalam now. But according to Fejo, life of a Malayalam rapper wasn’t easy. He struggled a lot in the beginning and when he was not getting any recognition, he decided to do a rap song, Avasaram Tharu.

“I used to write lyrics and rap during my academic years and always wanted to get into the music industry. But I knew it would not be a cakewalk in our part of the world (it is still not, to an extent). When I quit and started making music, people were shell shocked. Those who had never heard of this genre obviously made fun of me, but I had expected it and I made sure I was on the right track by working hard on the themes and beats that I write and yeah, now I am getting some recognition among young people. One of the biggest breaks in my career was working with Raftaar, the popular rapper.”

At a time when most Malayalis had not heard of rapping, Fejo took the risk of rapping, not in English, but in Malayalam. Aparaada Panka, in Maradona, was yet another hit by Fejo. His latest projects include upcoming movies Athiran and Jim Boom Ba.

Rameez Musthafa, popularly known as RZee, is another rapper who came to limelight by composing indie songs based on socio-political issues. Songs like Munnariyippu proved his potential, but RZee believes Malayalam rappers are yet to get the credit they deserve. “Here, people have misconceptions about rap songs and those who sing or listen to it are not accepted. But most of them are not aware of the lyrics that we use. In my opinion, rap music is the best and simplest way of expressing one’s emotions.

The age-old poems, proverbs were all the predecessors of modern rap. But we cannot just blame the audience. It will take time.”

Young directors are giving opportunities to Malayalam rappers, according to RZee. He has done rap music in films like Adi Kapyare Koottamani, Jacobinte Swargarajyam, and Comrade in America. Razee’s latest songs could be heard in Neeraj Madhav’s upcoming movie Ennile Villain. “Once the rappers get enough support, enough sponsorships and acceptance, there will be the only way for them, which is forward,” he adds.

Talking about the growth of hip hop and rap culture in Kerala, one of the forerunners who helped popularise it is Street Academics, the collective of rappers based out of various districts in the State. Vivek Radhakrishnan (V3K) of Street Academics, who has been with the collective since their inception, say rappers and hip hop artistes in Kerala got a break only in the late 2000s.

“We were not short of blessed rappers or hip hop artists. The thing is, Malayalis hesitated in accepting them. The social setup and electronic media helped a lot.”

“Though Street Academics was an idea put forward by Rjv Ernesto in 1999, we could become a professional band or collective only in 2009. Since then, I think we have had a certain audience who are ardent followers of this genre. Rap is actually poetry in a modern way. Sometimes, people are exposed to bad raps, especially those with no poetry in them. We have too many rappers and very few poets. In our raps, we usually talk about our surroundings and what’s happening around. Listeners are able to connect with them.  If it connects with them, rap is the best medium to sing your heart out,” Vivek says.

ABBA set to make their return after 40 years with new album, virtual concer