One of the simplest and most enjoyable ways to explore a new culture is through its music. Understanding the genesis of folk music can be particularly enriching and rewarding and can transport you back in time. On the same note, Kaafila, a Rajasthani folk musical troupe is keeping alive this genre, not just in India but also across the world by fusing traditional and Western instruments together.

On a dimly lit stage, more than 17 artists are positioned in their traditional Rajasthani costumes, with colourful safaas on their heads and their instruments in tow. The first sound you hear is that of a melodious saxophone. In the next few seconds, you hear different timbres of the traditional Rajasthani folk instruments such as the morchang, bhapang and khartal that set the tone for the rest of the evening. 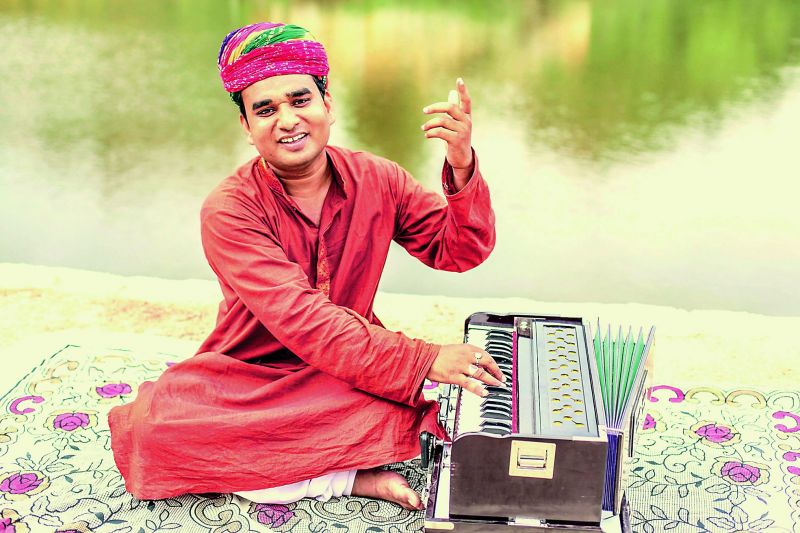 The contrasting sounds can be perplexing, but no sooner you gather your thoughts than you hear the vocals take over. The evening opens with the customary, Kesariya Balam Aavo Ne; which is something you would hear in every part of Rajasthan.  But Kaafila’s rendition is sure to keep you humming long after the show is over.

It all began in 2006 when one of the performers, also the creator of the troupe, Firoz Ali, returned to Rajasthan from France. It was there that he learnt to play the saxophone and decided to practice the tunes with his elder brother Abid Ali. “We used to do riyaz together and then one day I just started singing with his beats and the idea triggered in our minds to start a folk musical troupe,” says Abid Ali, who is a vocalist at Kaafila.

It was at this point, the duo decided to do something different and Firoz suggested they blend Sufi songs with Rajasthani folk to create something unique. “Our fellow musicians joined us and then we started performing at small events, but our big break was when we performed with Indian Ocean,” smiles Abid.

The group, which started with two people, now has on board more than 17 singers and musicians. The first performance by Kaafila was in 2016, as Abid fondly recalls Kaafila as a caravan on a musical journey.

While any folk music is complete in itself, the band was initially sceptical about blending Sufi music with Rajasthani folk, “We have to keep our thoughts open and the audience too likes it when you perform with ease. It is basically about creating music without letting go of the actual essence of both the melodies. That is when you see the audiences responding to your beats,” says Firoz Ali who plays the saxophone with Kaafila.

While the band is now at the top of their game, their musical journey so far wasn’t a piece of cake, Kaafila had it’s own share of ups and downs, “People didn’t even understand what the band was about. They thought it was some kind of a wedding band baja band. Music is always challenging, you never see the path of any art easy,” rues Firoz.

The duo’s sole aim is to spread the sound and rhythm of colourful Rajasthan all over the world and the troupe now regularly performs in Thailand, Bahrain, Qatar and several other places.

When asked if foreigners are receptive to their music, Firoz explains, “Feelings are always the same for everyone, audiences outside India are quite sensitive about folk performances. They not only understand the music, but enjoy it as well,” he trails off.