Stree movie review: A good attempt to blend styles that are hard to blend

Seldom can Bollywood pull off a successful blend of horror and comedy, the two utterly separate movie genres, but the makers of Stree have given their best possible shot. On one hand, you have the comedic charm of actors like Rajkummar Rao and Pankaj Tripathi, and on the other, a genuine ghostly spookiness that makes you want to hide under a blanket. Helmed by debutant Amar Kaushik and written by Raj Nidimoru and Krishna D.K, Stree manages to deliver a fairly enjoyable cinematic experience.

The film begins with a typical horror setting. Inspired from a true phenomenon, the film is set in Madhya Pradesh town called Chanderi, where men have started disappearing mysteriously. Enter the Shraddha Kapoor character, who comes to the town only during the four days of Puja. Vicky (Rajkummar Rao), a charming lad and a reluctant tailor, immediately falls in love with her. Things change to worse when Vicky's friend Jana (Abhishek Banerjee) falls prey to 'Stree', a ghostly entity believed to be responsible for mayhem in the town. Vicky's another friend Bittu (Aparshakti Khurrana) convinces him that the real Stree is his ladylove. But is she really? 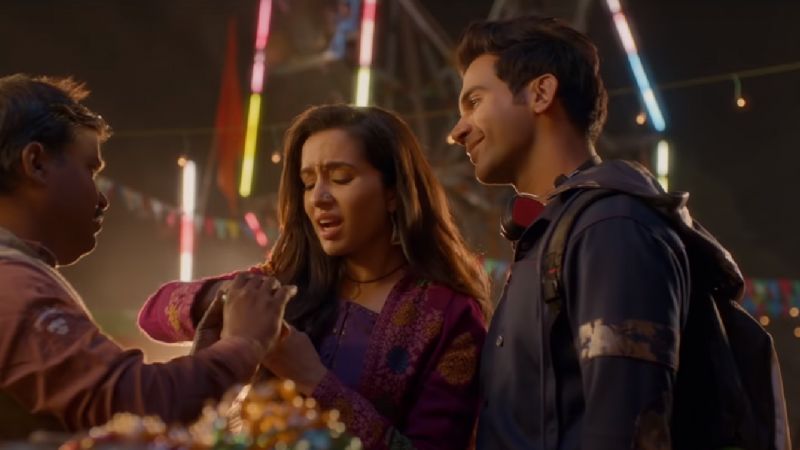 A still from the film. (Courtesy: YouTube/Maddock Films)

One thing that's absolutely fantastic about this film is its setup. It is so absurd yet symbolic that you just cackle up. This film is made up of so many different elements and director Amar Kaushik handles them effectively. It is quite fantastic to see how this film essentially mocks the patriarchal society and puts across a sharp and fittingly crafted opinion about women in our society. At the same time, the horror and comedy balance out nicely, as the script dances between the two themes, serving them both well. The film moves quickly and never becomes too bogged down in being too serious, but is still engaging and forces the plot onwards. The dialogue is witty, comedic, and smart. Sumit Arora is a man who can write amazing dialogue and not only that, but the cast executes the lines great.

Rao, as he tends to do, grabs the spotlight more than the rest and delivers more laughs than any of the cast but here the absolute favourite remains Pankaj Tripathi who brings the house down with his antics as Rudra. I wish his role had been bigger though. The film finds a great supporting cast in very reliable Aparshakti Khurrana as well as Abhishek Banerjee, who makes an impression as a promising new talent. Shraddha Kapoor looks pretty but she acts awkwardly maybe due to limitations of her sketchily written character.

The only part that is really questionable is the climax of the movie. The final few minutes are bit lacklustre and there are certain aspects that don’t make a whole lot of sense. You also get the occasional jump scares and the typical characters going stupid and everything but other than that, the movie holds well on its own.

Overall, Stree has a lot to like about - it is funny, spooky, crazy and a little bit different. It has some really interesting ideas; its execution is less than stellar, but it still works. If you like humour and meta element in your horror, you will love this movie.