Oscar nominated 'Lady Bird' is a comedy drama written and directed by Greta Gerwig, starring Saoirse Ronan and Laurie Metcalf, it is a bittersweet coming-of-age story with the heart of a quirky indie film.

The film tells a story of Christine aka ‘Lady Bird’ (Saoirse Ronan), a Catholic school girl, who comes of age in a small town of America. Lady Bird aspires to study Arts in college in New York and the film tracks her life, from her circle of friends to uninteresting boyfriends and simply her day-to-day thoughts and activities. And also, her sometimes rocky relationship with her very protective mother puts a chip on her shoulder. How Lady Bird gets through all her teen-struggles form the narrative.

A still from 'Lady Bird'.

Writer-director Great Gerwig makes a good attempt in her directional debut but the problem is we have seen many movies about teen America, coming-of-age story. That said, the film shows interesting dynamics of a mother-daughter relationship, as it nicely captures the complexity of their fragile equation. Kudos to Gerwig for beautifully showing that aspect of the story. The plot, however, is surprisingly thin, predictable and too slow-paced towards the end to hold one's attention. There's simply not enough conflict and the characters are not fleshed out to any satisfying degree, rendering them little more than stereotypes. The movie introduces so many themes such as depression, the influence of religion, sexuality but never really gives any sort of insight as to what Lady Bird thinks of these things.

The movie was also set at least a year after 9/11 but it missed an opportunity to write about a teenager's perspective on the matter especially one who went to Catholic school. The lead character is just written as this bland teenager coming of age hoping she gets into a good college. By the end of the movie, you realise it was a unidimensional character development. Her two older adoptive siblings also contribute a little plot importance besides some forgettable reactions about her attitude. 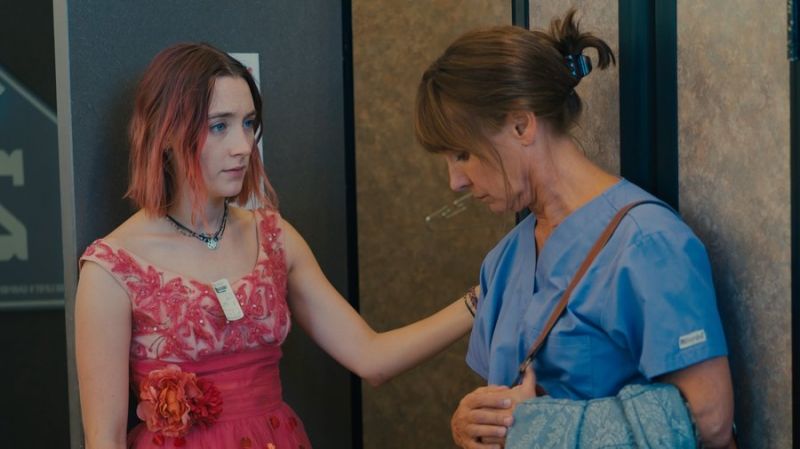 Saoirse Ronan and Laurie Metcalf in a still from 'Lady Bird'. Both actresses have received Oscar nominations for their performance in the film.

The lead actress, Saoirse Ronan, plays her role meticulously while also constantly owning the tone of the film. Her delicate and sincere portrayal makes all of Christine's issues, however selfish or insignificant they may seem at first, materialise in your mind, and makes you hope that her pain will somehow ease. Already a two-time Oscar nominee, Ronan reaffirms her acting strength with this exceptional performance. Of all the emerging young adult lead actresses, she is likely the most charismatic one after Jennifer Lawrence. Her lead act is beautifully supported by the wonderful Laurie Metcalf, who plays Lady Bird’s emotionally constrained mother. Watch out for her emotional meltdown in the car near the climax, she is just amazing. Other great performances come from Tracy Letts as Lady Bird's father who is a reserved figure in a house occupied by two women with "strong personalities." Lucas Hedges (from last year's 'Manchester by the Sea'), and Timothée Chalamet (Call Me by Your Name) are good enough in their brief roles.

'Lady Bird' is surely a well-made film with some really fine acting but overall it lacks the emotional punch. The film doesn't invent anything new in the teenage coming of age story genre. There is limited heat here and it's all particularly generated by Saoirse's will of personality. She is terrific. Sadly, the movie doesn't quite get up to her level.