'Fallout' It is the sixth installment in the Mission: Impossible film series.
Rating:

Mission: Impossible - Fallout is the sixth film in the franchise born from the classic TV series (1966-73) created by Bruce Geller. Writer-director Christopher McQuarrie returns for this companion piece to his 2015 hit Mission: Impossible - Rogue Nation. Starring the super suave Tom Cruise as Ethan Hunt, Fallout delivers an intelligent and intricate adventure. This film is full of twists and turns that doesn't play out the way you expect it to and is all the more of a thrilling experience because of it.

Fallout finds Ethan Hunt (Tom Cruise) and his IMF team (Alec Baldwin, Simon Pegg, Ving Rhames) in a race against time after a mission gone awry. In the aftermath, the credibility of the agency is questioned by the CIA (Angela Bassett), who appoints her trusted assassin August Walker (Henry Cavill) in order to monitor Ethan and his team. As the world is faced with a calamitous threat, Hunt takes it upon himself to save the people and win back the trust of his government. 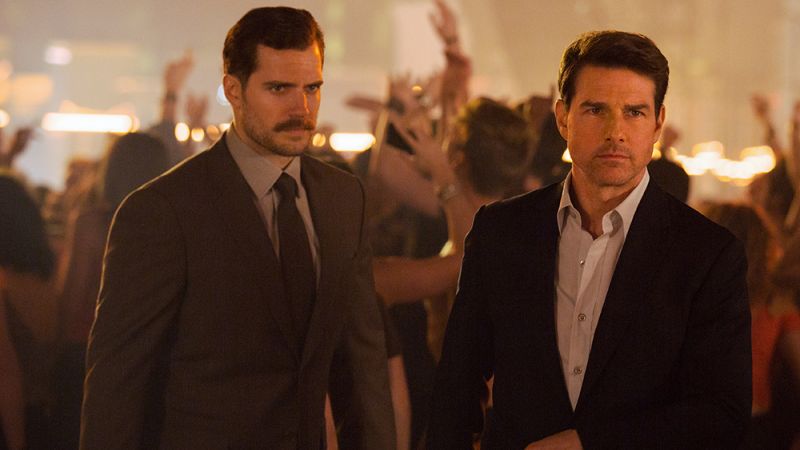 Tom Cruise and Henry Cavill in the still from 'Mission: Impossible – Fallout'.

Director Christopher McQuarrie, who has also written the script, knows precisely how to put a story on the screen. He knows when to further the storyline; he knows when to give us a little breather. The story is coherent and moves along nicely. Just when you think you need an action scene, you get it. You get some unexpected humour and nice details every once in a while, and everything just seems to have its rightful place. This movie isn't deep and the script is not overly brilliant, but it's handled skilfully and it works effectively.

The excitement here doesn't come from over the top stunts or huge explosions. Unlike the usual sub-standard action movies, here you thrill to watching a strongly defined protagonist outfight and outsmart the bad guys. The plot is easy to follow but complex enough to keep you interested without giving you brain ache. The film has a good twisting plot and Cruise owns his Ethan Hunt, who is an eclectic mix between James Bond and Die Hard's John McLane.

The cinematography is wonderful. The action scenes are well shot and quite immersive.  The hand-to-hand combat fight scene in the bathroom reminiscences the cool 80's action with some humorous camp. The bike chase and the helicopter sequence are some of  the most impressive scenes where it shows several angles as they drive away without shaking the camera. It is truly breathtaking. 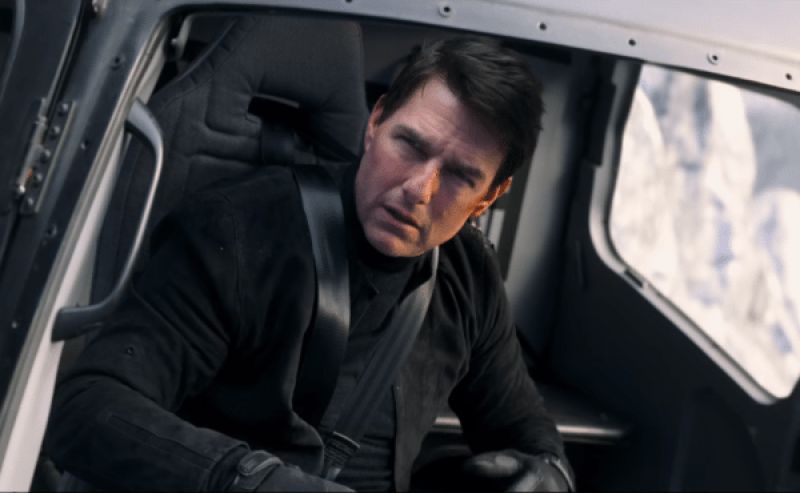 A still from 'Mission: Impossible – Fallout'.

Simon Pegg is always a fun guy to watch, and Ving Rhames is decent. Henry Cavill delivers a strong performance, especially towards the end. It is interesting to see how almost every character is simplistic, in a good way. No overly complicated motivations, just the good old basics. Rebecca Ferguson's character leaves something to be desired. She is an important piece of the movie, but sometimes she's smart, sometimes a little clueless, sometimes emotional and sometimes professional. You just don't get a good grip on her. But despite that she is a treat to watch on screen, especially in scenes shared by her and Cruise. And of course, Tom Cruise! He is our hero, an undeniably likable protagonist and a prime reason why this franchise is so hugely popular. Cruise has once again crafted a charismatic character audiences won't be able to get enough of.

What doesn't really work here is a somewhat sloppy second half where the plot digresses unnecessarily, with a predictable ending. Also, the character arc of the main antagonist is neither well explained nor deep enough. These shortcomings prevent the movie from being a masterpiece. However, Fallout is a slick action fun with lots to enjoy. And as expected, Tom Cruise really raises the bar of action with this. So if you like thrillers, Fallout is your wet dream.

■Hereditary movie review: Breathes a new life into horror genre
■Incredibles 2 movie review: A guaranteed good time at the movies
■Skyscraper movie review: It's all about Dwayne "The Rock" Johnson