(No Spoilers) Superhero fatigue is a problem that many people think is starting to settle in. Are people sick of these films? Well, not if you're in the Marvel family it seems. Marvel Studios' Avengers: Endgame is undoubtedly the most anticipated film of recent years. After all, the multi-starrer superhero actioner is the final film to the Infinity saga in the Marvel Cinematic Universe (MCU). There's always a fear of disappointment when the expectations are as high as this. But Endgame gives fans everything they could hope for...and maybe more. This film is, above all, a great homage to over a decade long journey of the MCU.

The film begins right after the shocking events of Infinity War. After supervillain Thanos (Josh Brolin) snapped half of life out of existence, the surviving Avengers - Iron Man, Captain America, Thor, Hulk, Captain Marvel, Ant-Man, Hawkeye and others - move toward the Endgame to claim back what they have lost. Will they succeed?

A still from the film. (Image Source: YouTube screengrab)

Director-duo Anthony and Joe Russo, once again, prove their prowess in making wonderful superhero films. They do an excellent job of connecting large-scale action to smaller, more emotional moments. The film starts off slowly but nicely, building the scenes for the main event. Despite the huge ensemble cast and the expensive special effects, the film is a human-sized affair. Not only are all of the characters nicely well rounded, but the direction and script are fantastic as well. It puts a large amount of the cast into a more personal story of loss, paranoia, and the definition of what should be justified and what it means to avenge.

The film is not only confident but thought-provoking where the makers being aware of the influence of these characters over the decades, crafts into the storytelling wisely; one of the primary reason why Zack Snyder's Dawn Of Justice failed to communicate with its momentum. Endgame is a superhero drama that really understands that compelling characters and strong emotions are both far more important than spectacle. Endgame is one of the best films to come out of Marvel Studios. 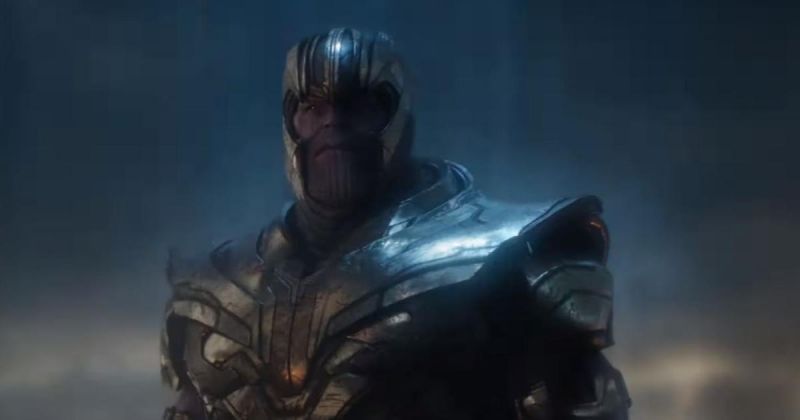 The visuals are the most stunning and you would be hungry for more as the film continues on. The final battle is spectacular.

Endgame boasts yet another crowded cast and the directors balance the enormous amount of characters deftly and spend fair amount of time to focus on our superheroes' undying spirit in the most emotional Marvel film yet. Both Iron Man and Captain America are fleshed out much more than they have been before, despite how long the two have been in the Marvel Cinematic Universe. All the actors deliver great performances and great chemistry and you get what you expect from their characters. With so many characters and superheroes, each one of them gets a chance to shine. You will be particularly happy with the appearance of Antman and Thor! Despite a few heartwarming jokes and banter, the film never shifts from it's serious tone. All the actors hold strong emotional moments that will undoubtedly leave you teary-eyed and heartbroken.

Avengers: Endgame is an outstanding Russo Bros. adaptation that works on many levels. The film is an incredible feat considering the fact it closes out the 10 plus years of MCU and opens up nicely new ways for future MCU films to come. Not flawless, to be sure, but it certainly has heart.

The film will leave you laughing and will leave you surprised by the twists and turns. It will possibly leave you gasping shocked or screaming, and the ending will leave you emotionally overwhelmed, but in the end you will be awestruck. It is satisfying in all ways. A definite good-time at the movies.