Vivek Oberoi as Narendra Modi in the film.
Rating:

As the entire nation is glued to their television screens to see who will sit on the prime minister's chair for the next five years, it's no surprise that 'PM Narendra Modi', his biopic, comes just a day after the Lok Sabha election results. National award-winning director Omung Kumar B, who previously attempted biopics on Olympic boxer Mary Kom and alleged Indian spy Sarabjit Singh, takes a slavish approach to one of the most controversial, as well as influential politicians in Indian history. Given the very real context of the plot, the film comes off a drum-beating melodramatic saga that suffers from an overly-worked-up lead actor.

This film chronicles the life-story of Narendra Damodar Das Modi played by Vivek Oberoi. It covers his journey from abject poverty, selling tea on a railway station, his beginning and rise in politics to becoming the Prime Minister of India. 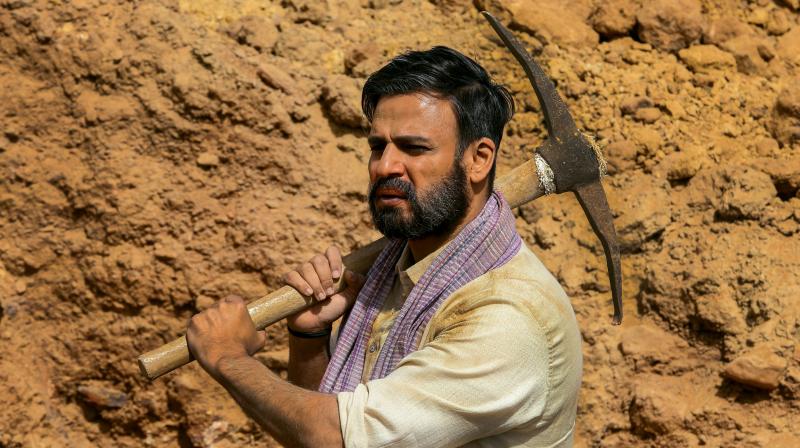 Vivek Oberoi in the still from the film.

Omung Kumar B, who debuted with Mary Kom, seems to have a penchant for biopics, but his craft shows no visible improvement. This is a tough film to get right, and Omung should be lauded for choosing the story (like he did with Sarbjit). But, he fails to deliver a poignant political biopic and instead leaves us with a load of melodrama. The film does check off the list as far as famous moments go, but a more in depth insight into how Modi ran the country would've been nice. The scenes which recount his path from young adulthood through to local politics and then to his turbulent leadership are intriguing, however they are too feeble to really grip. The highlights of Modi's controversial career are managed in abbreviated montages that don't do the events any justice. Sure, it's the filmmaker's prerogative to sympathise with such furiously divisive figure in Indian politics, but the uncritical approach severely undermines the film's conviction. We see emotional bonding between Narendra Modi and his mother, his camaraderie with Amit Shah as well as party seniors, but the treatment here is too sentimental and manipulates you into weeping without actually feeling. The film is remarkably free of complexity and depth, sidestepping any attempt to delve.

The tediously conceited travelogue of Modi's personal and professional highs and lows further hit the skids by showing us the blatant political potshots. We see our protagonist slamming the then ruling party time and again. It's all fine as the film is coming at a time when the circumstances are just right for taking jabs at the mother and son duo who nearly ran our democracy around 40 years ago. The Prime Minister takes a dig at Manmohan Singh (the former PM of India) during a TV interview by saying that his voice is among all the things that are lost in the country. He says, "Bhaiya hum to sirf mehnat karte hain, jaadu to kendriya sarkaar karti hai. Desh ki tijori gayab, naujawan ke rojgaar gayab, koyla gayab, bijli gayab, yahan tak ki Pradhan Mantri ji ki aawaz bhi gayab." The film quickly turns everything into a wobbly drama. 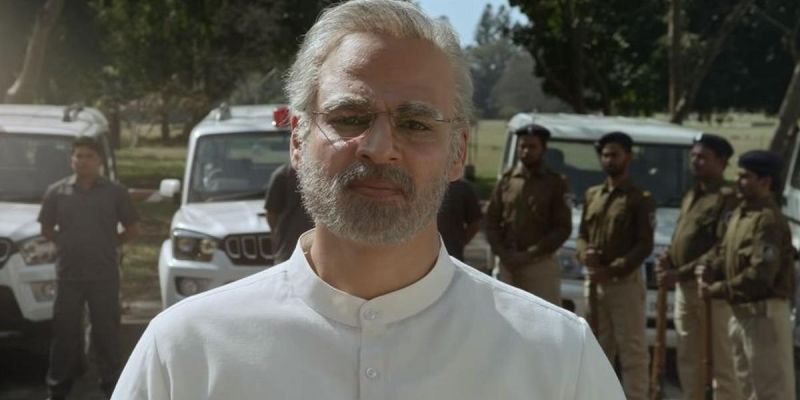 The screenplay is pedestrian and the acting, including that of Vivek Oberoi, is unmemorable. Oberoi plays Modi with heavy prosthetics on his face and one can very well say it's the role of his life till date. As an actor, he tries to find emotional dept in his character and he is successful at some places but the oddly structured film never goes beyond a surface look at Modi's political career. The narrative is not well structured, and Oberoi's performance suffers as a result. However, brownie points to the actor for getting the dialect and mannerisms of the leader right. Zarina Wahab, who plays Heeraben Modi, the PM’s mother, tune in a good performance in her limited screen presence. The rest of the cast is serviceable.

Given how obsessed we are with politics, we deserve better films about the topic. Sadly, Bollywood has never been great with political cinema. And this film doesn't change that notion. The magnificent Modi deserves better. Then again, we all do.