The Strangers: Prey at Night is the sequel to the 2008 horror film, The Strangers. The first film was a home invasion film, and this movie is pretty much the same exact thing with same killers, but a lot more over the top.

This sequel introduces us to a family of four dropping off the female half of the children at boarding school for some terrible thing she did previously. They stop at a 'cabin' overnight and instantly get introduced to the masked killers. What follows next is surviving their onslaught. 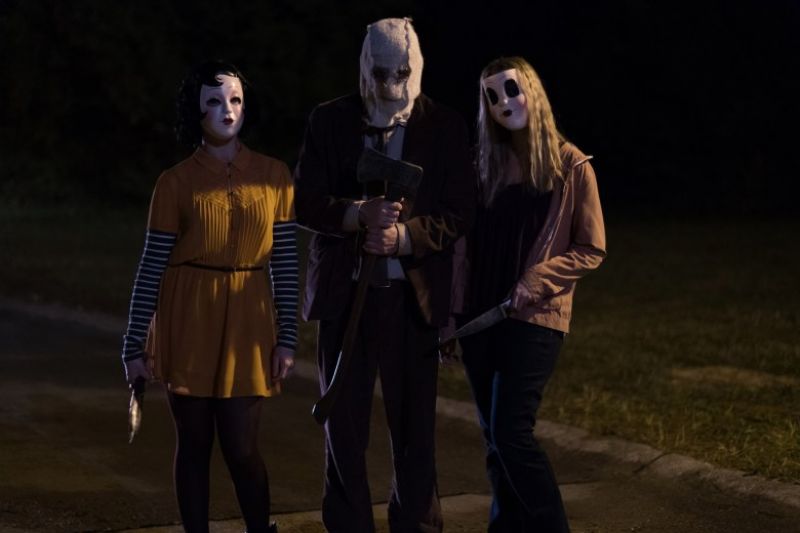 A still from 'The Strangers: Prey at Night'.

Kudos to makers for making a fun slasher film, but for the most part this film strays away from and does not capture the charm, intensity, and terror of the first. Mainly because the film goes in an entirely different direction than the first, taking place in a trailer park, or a manufactured home, as opposed to the secluded house in woods, which lessened that sense of isolation. Also, none of the actors reached the performance of Liv Tyler in the first one, a performance that was critical to the original's intensity.

One of the things that made the original great was the sense of helplessness that the characters went through. Here the characters continuously make some really dumb decisions like leaving a gun and cell phones, splitting up the group or something completely idiotic and predictable, that you feel very little when they die. While some of the cheesy clichés were around, they felt like they belonged there for it to truly be an old school slasher.

Out few good things, the 80's soundtrack make the movie refreshing, it almost turns it into an entirely different experience. Also, the way the movie turns certain cliches into something unexpected is awesome. The jukebox play at the pool while killing the prey is film's most enjoyable sequence.

On acting department, this sequel is just average. Christina Hendricks (mom), Martin Henderson (dad) were okay. They didn't bring anything to the table. Maybe because of how their characters were written, but they were just serviceable. The film mostly revolves around Bailee Madison and Lewis Pullman, and both them are alright. That said, Madison's over expressive face gets little distracting from ongoing terror and I am sure that wasn't filmmaker's intension. 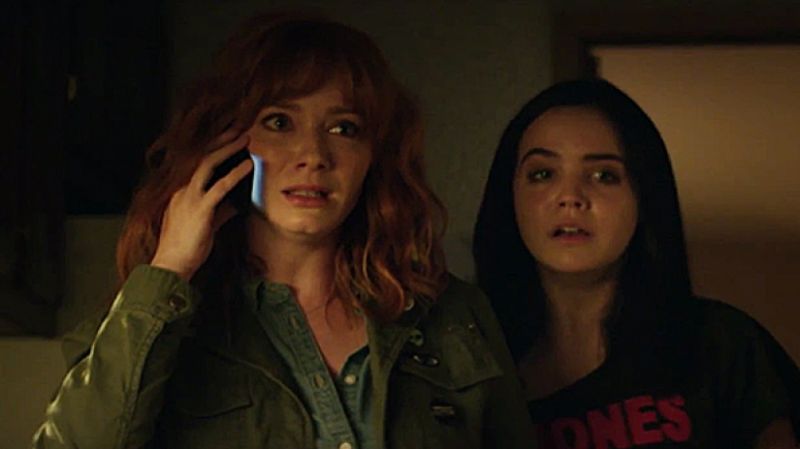 A still from 'The Strangers: Prey at Night'.

Overall, 'Strangers: Prey at Night' has cheesy clichés and unoriginal moments but writer & director Byran Bernito makes some good choices here and there which makes this film a decent watch. The hardcore fans of the original or horror/slasher film lovers won’t be satisfied with a sequel that tries to reap the benefits of first Strangers. The motivation for making a film that claims "based on the true events" can be summed up in the words of one of the killers when asked by a girl why they were killing her family: “Why not?”