Akshay Kumar in the still from Kesari.
Rating:

Kesari is an action-war film that narrates the story of the events leading to the Battle of Saragarhi. It is hailed as the second bravest battle ever in world history - which makes you realize the ambitious scale of this film.

Kesari draws upon the history of the Battle of Saragarhi which was fought in the year 1897 between 21 valiant Sikh soldiers and around 10,000 Afghans. The film tells the story of their courageous fight. Havildar Ishar Singh (Akshay Kumar), a righteous leader of 36th Sikh regiment, inspires his battalion to prevent the invaders from taking control of the fort. Will they succeed? 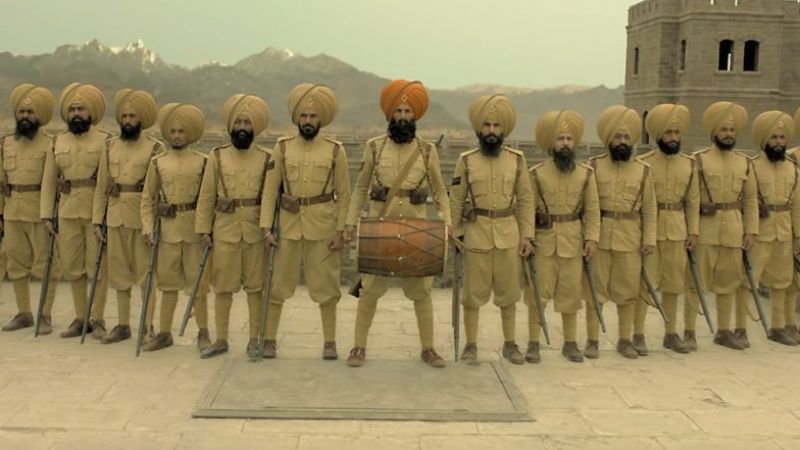 Anurag Singh's direction matches the effects and he wallows in every swing of the sword, doing really well to capture the action in a way that is engaging and clear. He shows a hefty amount of flair in his ability to execute mass scale spectacle. The lack of substance is a problem here but the film surely sweeps you along in the moment of the battle and mostly that is all one care about.

In terms of story, the film is clichéd. The story isn't complicated or layered, in the sense that the whole film could probably be described in a sentence or two. The dialogues are simple and most often talk about moral values like freedom and honour. Its the good versus the evil. Its been-there-seen-that stuff. It's obvious that some of the characters are supposed to be really exaggerated to give a legendary feel to the narration. But it's ridiculous. By taking the route of chest thumping patriotism to show valour of the soldiers, it does not offer necessary smartness or intelligence to these characters which otherwise could have resulted into gripping drama.

Thanks to its over-the-top style and unabashed battle sequences, Kesari sets a new expectation for what audiences could call a fun, blood-ridden time. The story largely fails to be engaging, and often feels like a rehash. The slow-motion battle sequences are technically impressive and occasionally elegant but it tries to compensate for that with even more outlandish and stylized violence, to the point where it feels like it glamorized it. 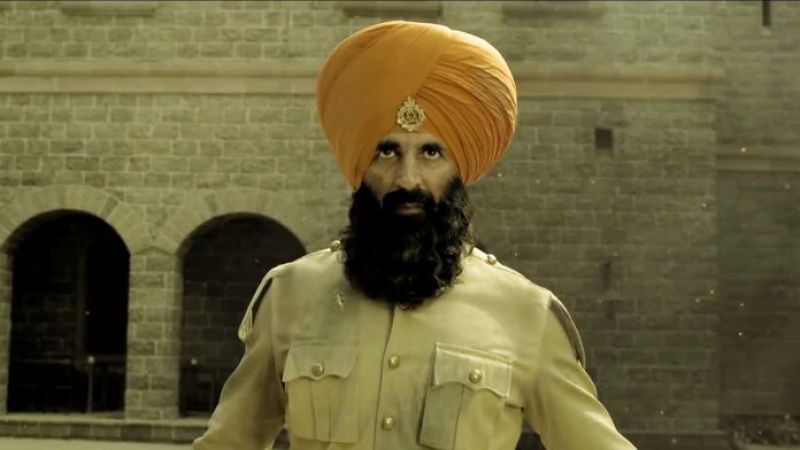 The lack of a creative driver behind the film leads to a level of fundamental dissatisfaction. The film delivers all the necessary elements but the overall impact remains underwhelming.

Akshay Kumar's acting consists of some extremely cliché, hyper-masculine dramatic speeches. His portrayal of Ishar Singh is as heroic as it can get. That said, he is delightful to watch in his action avatar after such a long time. There is some palpable energy with his performance in the final moments of the film. Parineeti Chopra tries too hard in blink-and-you-miss-it role. The rest of the cast members fit in with what the script is trying to do.

Throughout the entire runtime, Kesari feels like it's going to provide something bigger, something grander. By the time this moment finally begins pouring out, we're greeted with the end credits. Much like the attempts at creating great and memorable action scenes, payoff is clearly of little concern to the director and screenwriters. Style stomps over substance here, as does placidity to style.