Omerta movie review: Brilliant performance trapped in a not quite brilliant film

Omerta was first screened in the Special Presentations section at the 2017 Toronto International Film Festival.
Rating:

Hansal Mehta who previously helmed hard hitting films like ‘Shahid’ and ‘Aligarh’ is back with another intense drama ‘Omerta’, which stars his frequently collaborated actor Rajkummar Rao in the titular role. Like Mehta’s previous films, this film is also based o the true events that tells the story of a dreaded terrorist Omar Saeed Sheikh. The character of Omar was featured in ‘Shahid’, in a brief scene where he tries to recruit lawyer Shahid Azmi in his plan while in Tihar jail. Interestingly, Rajkummar played the role of Shahid in that film. 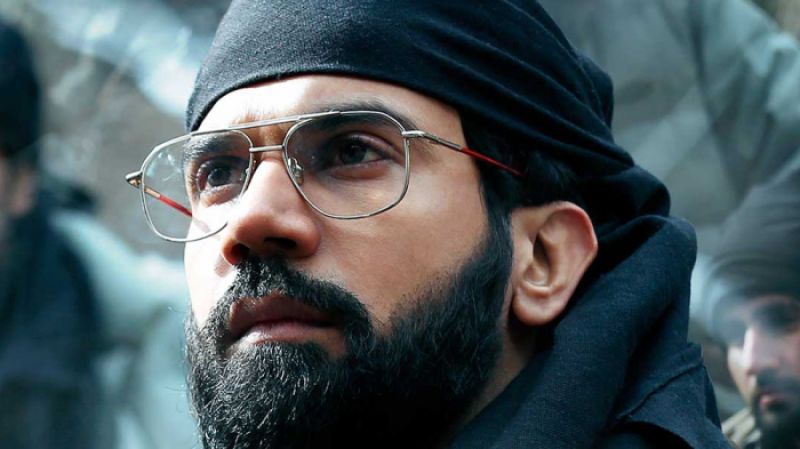 Rajkummar said the character was so intense in Omerta that it took a toll on him as he tried to get into his psyche of Omar.

Omerta chronicles the bloody trail of Ahmed Omar Saeed Sheikh, a British terrorist of Pakistani descent. The film explores 1994 kidnappings of Western tourists in Delhi for which Omar was arrested and served time in prison and the plotting of murder of Wall Street journalist Daniel Pearl in 2002. The film also tries to delve into the reasons why youths are taking to jihad.

The flashback sequences of Omar’s young-adult days show him as an impassioned character getting disturbed by the violence against his own people, yet the film offer little insight into his ultimate transition later. Omar’s grotesque conversation with his father (Keval Arora) gives no clue either. Hansal Mehta, who has also written the script, tries to stuff all the possible events from Omar’s life in the slick runtime of 96 minutes of the film, but he comes short of making a convincing drama. Ishaan Chhabra’s music Amarjeet Singh’s cinematography deserves a special mention, it smartly elevates the grittiness of drama a notch higher.

Rao, the darkest horse amongst the young actors today, once again proves how magnificent performer he is. Last year alone we seen him excelling in variety of roles: from an extreme agony of a man shut in an inhibited apartment in 'Trapped', to a morally uptight government officer in terrific 'Newton'. But in Omerta he both transforms and transcends. As Omar he is pale and cold, looks scary at times even. Mehta provides enough backstory to understand the motivation behind Omar’s disturbing actions and Rajkummar makes us to fully grasp his character’s psychology - and in that sense the actor has given a brilliant performance.

Omerta is gloomy and disturbing, it’s surely not the kind of movie you’d expect to attract regular cinegoers, but even for its selected audience group it remains underwhelming. Albeit, Rao’s spectacular performance should earn it a good attention. Its yet another welcome addition to his brazen filmography.

■Secret Superstar movie review: A heartfelt drama powered by Zaira Wasim's fine act
■Rajkummar Rao goes nude onscreen for Omerta
■Rajkummar Rao's Newton India's official entry to Oscars
■Wouldn't mind being part of blockbusters, but not aiming for it: Rajkummar Rao
■As an actor I try to do different things in every film: Rajkummar Rao