Skyscraper movie review: It's all about Dwayne "The Rock" Johnson

When you go to watch a Dwayne Johnson actioner, it’s now pretty obvious you're not going in there for the plot. You're going in there for the special effects and some incredible moments of tension with The Rock doing his muscle stretching. And the latest film 'Skyscraper' knows precisely what his audience like and delivers sufficiently on that front.

The world's tallest skyscraper in Hong Kong, called ‘The Pearl’ is getting incredible attention across the globe. Will Sawyer (Johnson) has been assigned the work of building the most high-tech security, only to discover that a group of terrorists is targeting the building and the few people inside it. Realizing that the security is yet to prepare, he must be willing to sacrifice himself for the protection of the people and most importantly his family.

'Skyscraper' is Dwyane Johnson's show all the way. As predicted, this film is a cross between Bruce Willis starrer 'Die Hard' and 'The Towering Inferno' (Korean film 'The Tower') with Dwyane "The Rock" Johnson pulling off the impossible task. While Johnson looks cool doing all that unbelievable action, the film bugs you with constant 'been there-seen that' feeling. So, it's not the cleanest story, nor does it pretend it is. Yes, it delivers on the promise of thrilling action but you have to suspend disbelief a lot. 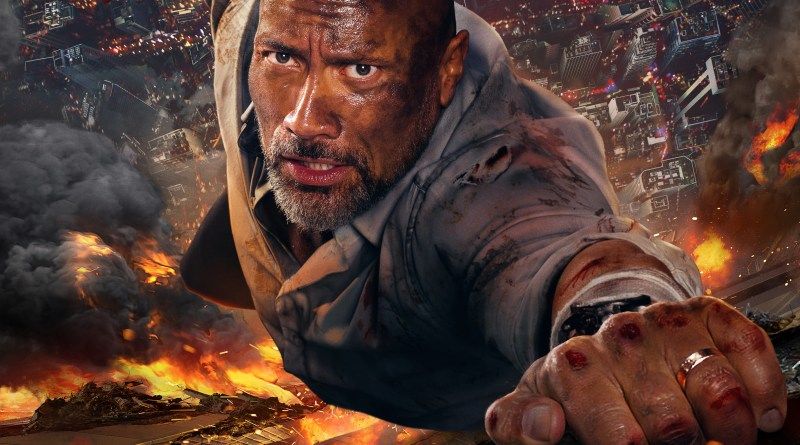 Every shot is crammed with mind-numbing amounts of CGI. And "as always", the movie is centered on the magnanimous Dwayne Johnson. He is once again starring as a likable macho man doing incredible stuff out of normal human reach and survives a hell lot life and dead situation. The villains are lame, generic characters. They're evil because they're evil sans any explanation given for it.

If you don't mind something incredibly predictable with no surprises at all then go ahead. I mean, it's still Dwayne Johnson!