DECCAN CHRONICLE. | MAYUR SANAP
Published Jul 17, 2019, 5:17 pm IST
Updated Jul 17, 2019, 5:56 pm IST
While it is visually pleasing, director Jon Favreau's all-new adaption does not carry near as much weight as the original classic.

'The Lion King' (1994) is among Disney's most perfect creations, and this all-new adaptation proves that we have hit a point of no return in terms of remakes. Director Jon Favreau, who also helmed Disney's 'The Jungle Book' (2016), retells the story of the original, where the spin on an old idea misses the mark and ultimately results into the classic case of style-over-substance.

The film journeys to the African savannah where the young lion Simba lives a cushy life with his family. Simba, a crown prince, idolises his father and the king of the clan, Mufasa (James Earl Jones). As fate would have it, Simba's jealous uncle Scar (Chiwetel Ejiofor) forms a devious plot which results into Mufasa's death and Simba's exile. However, with the help of his best friend Nala (Beyoncé), Simba (Donald Glover) is drawn back into a battle with Scar to take his rightful place as King of the Pride Lands. 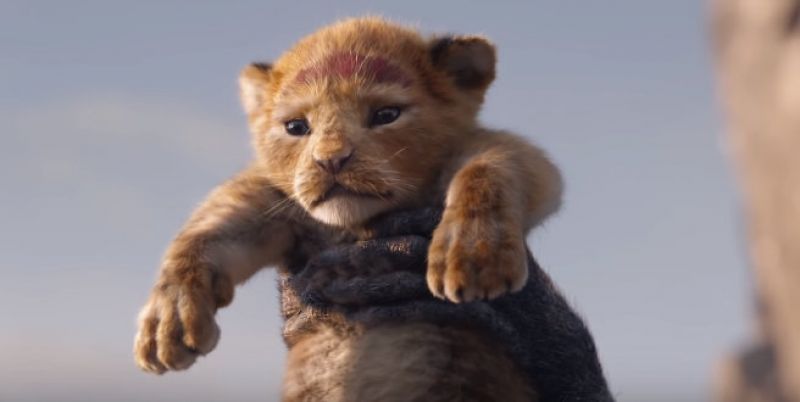 'The Lion King' is undoubtedly the most anticipated and ambitious film by director Jon Favreau. It's a beautifully designed film, and Hans Zimmer's wonderful score is spot-on. The animation and the scenery is really a new age in CGI. Not only are there CGI characters and creatures, but locations too. The entire jungle looks absolutely stunning. But what Lion King most lacks isn't something you can see or hear, it's something you can feel. As far as presenting elaborately garish spectacle, the film is an absolute triumph. It has a gorgeous look to it, but so many other factors of Favreau's epic leave much to be desired. Despite the bright lights of it all, the progression of the plot fails. The story, one would expect it to have more depth, something new, unfortunately there is no any addition at all, in fact it was more short version of the story. It's a film that very much works on a surface level - stylistic, vibrant and vivacious from a visual perspective, but when digging deeper there's really little substance. Sure film is visually pleasing, but it does not carry near as much weight as the original classic.

The film also awkwardly acknowledges its own pointlessness: since the only way to "improve" on the original is to make everything faster, louder and bigger. So, we get exaggerated sense of urgency, overly amplified emotions and highly stylised climax showdown between Simba and Scar. The dialogues seem to be written in a way that assumed the audience had seen the 1994 adaption. The film suffers from serious structure problems and the flow of the film is a bit jumbled and awkward. Even the cast seem to be lacking real charisma that Favreau's 'The Jungle Book' had. As a complete motion picture experience, 'The Lion King' falls considerably short.

Out of all the voice cast, only a few stand-out as the best; with Billy Eichner and Seth Rogen giving out their winning chemistry as carefree Timon and Pumbaa. Other stand-outs within the film, are James Earl Jones as Mufasa, JD McCrary, Shahadi Wright Joseph as both the younger versions of Simba and Nala and John Oliver as Zazu. The rest of the voice cast is either miscast (Beyoncé) or too feeble to make an impression (Chiwetel Ejiofor as Scar).

Overall, 'The Lion King' may not be necessarily what we expected, but if you're a Disney fan, it's charming enough to see on the big screen. If you're after light entertainment, heavy spectacle and ingenious filmmaking technology, this new adaptation will deliver. For others, the only reason you'd enjoy this movie is nostalgia and thus, it's better to watch the original instead. There's nothing much you would be missing.