Jason Momoa in the still from Aquaman. The film is the sixth installment in the DC Extended Universe (DCEU). (Picture Courtesy: Warner Bros. Pictures)
Rating:

It's no secret that the DC Extended Universe (DCEU) had a rough start. While Marvel Comics films tend to be satirical and even self-effacing, DC films are labelled as tedious. Director James Wan's Aquaman, is the sixth installment in the DCEU, which tells the origin story of the eponymous superhero. For starter, DC's latest addition to the franchise is a better movie then Suicide Squad and it is an enormous leap forward from the absolute horrific stupidity of Batman v Superman: Dawn of Justice, but is Aquaman really a good movie? The truth is, DCEU played safe on this one, and it paid off, mostly.

Arthur Curry aka Aquaman (Jason Momoa), a half-human, is the heir to the underwater kingdom of Atlantis. Arthur is reluctant to be king of the undersea nation of Atlantis. Orm (Patrick Wilson), who is Arthur's Atlantean half-brother and ruler of Atlantis, seeks to unite the seven underwater kingdoms against the surface world. Mera (Amber Heard), an Atlantean warrior, gains his trust and asks him for help. On her insistence, Arthur must step forward to lead his people against his half-brother and save the world. Will he succeed? 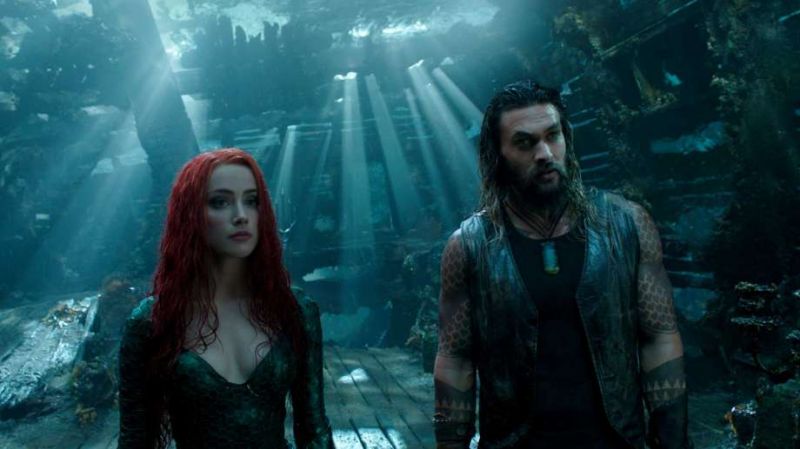 James Wan gives his best efforts in delivering a gorgeous superhero fantasy and he majorly succeeds. It's very colourful, with Wan really leaning into this being an unabashed, but light-heartened superhero film. But sadly, it ends up recycling some good hits falling short to create a solid original story. Aquaman is almost the same with any superhero origin film - initial reluctance, family issues, self-realisation and finally save the world. The film also has the feels of Avatar, Clash Of The Titans, Thor Ragnarok, Star Wars, and Game of Thrones - all packaged in one. Also the film scoring and soundtrack was a miss with some strange choices in positioning it. And some dialogues are just cheesy & awkward.

Aquaman is simply too over-stuffed and over-long. There are many clichés in it, and few things that don’t make much sense. The story is basic and predictable. We have seen it plenty of times in all forms of media. The bad guys are cartoonishly evil, and sadly paper thin. The love story, while charming, is also clichéd. But in the face of these shortcomings, Aquaman is a success because its storytelling lies in the brilliant visuals. The beautiful environs, the exotic creatures and incredibly lifelike underwater sequences arrest the senses, visually, aurally and emotionally.

The world in Aquaman is the true star of the show. The amount of detail and work that has gone into bringing this new world alive is seriously impressive, and it will be a while before we see anything that overtakes it in scope and quality. With such stunning visuals, the film retains it's excitement and holds the audience's attention to the end. 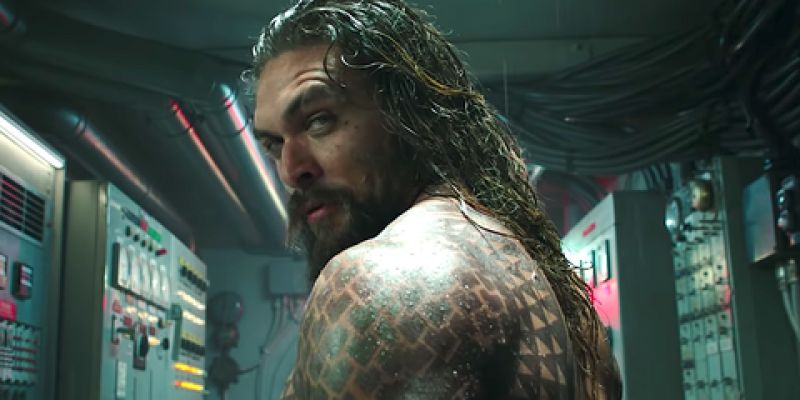 Aquaman releases in India one week before the US. (Picture Courtesy: Warner Bros. Pictures)

The film utterly dwells on the steady presence of Jason Momoa. He is perfect to be Aquaman! Amber Heard does shine and delivers a charming performance. Both Momoa and Heard have a good chemistry on-screen and the way that they teach each other about each other's worlds is pretty cute and makes for some easy comedy as well. It was surprising to see Patrick Wilson playing a baddie and he nails the character with utter conviction showing his impressive versatility. Nicole Kidman and Willem Dafoe are a treat to watch but have limited presence on the screen.

In the conclusion, Aquaman delivers on a certain level and breaks the mediocre displays that DC has cranked out over the last few years. One should better keep expectations in check, bring lots of popcorn and enjoy with the usual action-flick-with-moral-and-some-of-clichés. Despite few shortcomings, Aquaman is one hell of a visual experience, no doubt. Watch it in glorious IMAX 3D and feast your eyes with delight!