Akshay Kumar's latest film 'Mission Mangal' is loosely based on the story of scientists at Indian Space Research Organisation (ISRO), which also features five leading ladies. The film is mainly about these intelligent scientists who contributed to the Mars Orbiter Mission, which marked India's first interplanetary expedition. Without being too busy or too preachy, this film helps the audience better appreciate the struggles of being an underdog – and a working woman (and even a mother working outside the home) – the pressure involved in competing with other countries to send sattelite to Mars, the difficult challenges surrounding getting the mission right for the first time and the courage it required of those who were willing to go. That's a lot for one film – and might be too much for many – but Mission Mangal is up to the challenge.

'Mission Mangal' is a tale of ordinary people doing extraordinary things and inspiring generations to dream big and achieve the impossible. The film begins by showing a failed ISRO mission. Rakesh Dhawan (Akshay Kumar) and Tara Shinde (Vidya Balan) with a team of brilliant scientists hatch a an unbelievable plan to put India on the space map. After a lot of struggle to get requisite funds, the entire team successfully sends a satellite to Mars in their very first attempt. A mammoth feat achieved by no other nation. 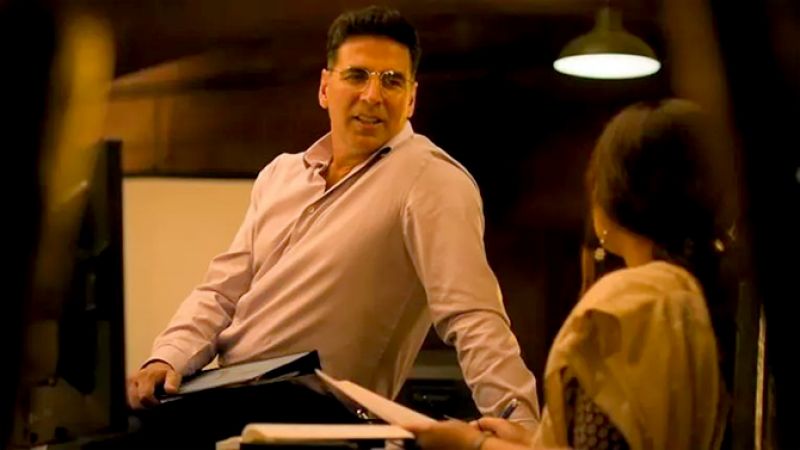 The film follows the same narrative formula of many underdog movies. We get the injustice, the teasing, the dirty looks, the undervalued appreciation for their ability and then that come from behind moment where everyone is proven wrong. It's all served in a pleasing, family friendly creation. In the first half the characters are nicely developed and audience feels the vibe of a promising film all out. However, the occasional problems arise when the film takes a plunge into certain clichés. This is a film where the message would have been stronger and more credible if a degree of balance and subtlety had been added to the mix. You will find nothing much stylistically groundbreaking here, but the introduction of the space genre is admirable and debutant director Jagan Shakti guides this feel-good drama with enough vigor and confidence. It's that breezy feel-good film that is also committed to the idea of the empowerment of women. It allows you to have a better understanding about these incredible people and it is also a way to acknowledge the value of their work.

The film boasts of a spectacular cast. Akshay Kumar and Vidya Balan are the heart and soul of this film. Their camaraderie is endearing to watch. In the supporting cast, Sonakshi Sinha, Taapsee Pannu, Kirti Kulhari, Nithya Menen put their sincere efforts which results into a consistently engrossing watch. All these women face their respective challenges in the workplace then return home to more struggles. However, the film falls short to expand beyond a shallow exploration to get to the heart of their struggle.

To conclude, 'Mission Mangal' is well worth your time. It is educational, but entertaining. Positive without preachy. And family friendly in a genuine way.