A Dog's Journey movie review: A heartwarming tale of loyalty and undying love

Dennis Quaid in the still from the film.
Rating:

A Dog's Journey, a sequel to 2017 film A Dog's Purpose, is based on the 2012 novel of the same name by W. Bruce Cameron. This is a film about a dog trying to fulfill the promise given to his beloved owner. It's fairly standard predictable film of this genre, but what sets A Dog's Journey above other animal movies is that while the film is perfectly suitable for children, it's actually a movie for adults. The emotional highs and ideas explored in the film have been designed more for grown-ups.

If you've seen A Dog's Purpose, you know what to expect. The film's main gimmick was a dog constantly reincarnating with a Dog point-of-view commentary voiced by Josh Gad. This film continues on from where A Dog's Purpose left off with Bailey, the titular star of Purpose, living with beloved owner Ethan (Dennis Quaid). Bailey returns again and again (again) in different bodies to love and serve his beloved humans.

Bailey makes a promise to Ethan that he will always look after young granddaughter CJ, who has bonded with the dog but is now being taken away from Ethan and his wife Hannah (Marg Helgenberger) by their emotionally troubled daughter Gloria (Betty Gilpin). Will Bailey - the dog stick to his promise?

Director Gail Mancuso sensitively handles the drama without turning it into overly sentimental. While the film reminisces of Homeward Bound: The Incredible Journey (1993), the biggest difference is the fact that the focus was on one dog showcasing its undying love for humans. It is certainly heartwarming. With a circular routine of smiles and tears, the film enraptures the emotions of dog lovers. 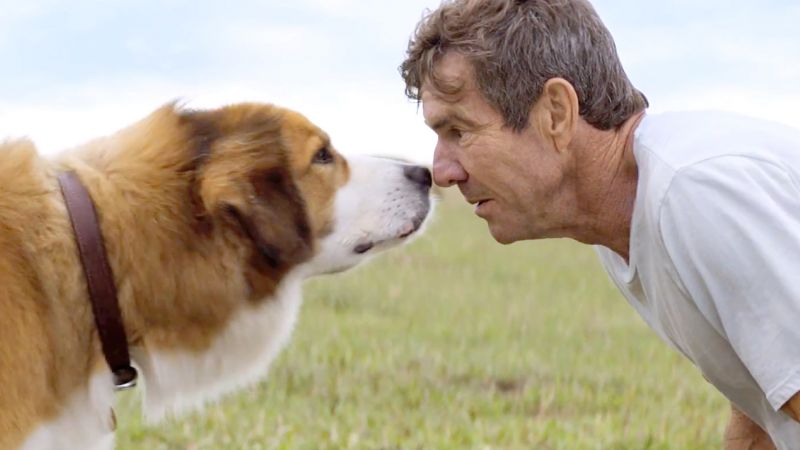 The film gets a bit cheesy and manipulative in places, but despite that, it does work on an emotional level. For a family-friendly film, the film surprises by touching upon some dark themes as it touches on real world problems with the subplots of CJ's troubled mother and her abusive relationships. The film also advises young girls that it's always better to love dogs rather than abusive douchebags and pet haters!

You might resent being emotionally manipulated by this film, but I believe even the most stone-hearted moviegoer will smile and slightly cry while watching it. And that, basically, is a dog's purpose.