After a nearly two-year wait, the first episode of Game of Thrones Season 8 has finally been aired and with it, all the pieces of the great jigsaw are finally falling into place. The episode aptly titled Winterfell and directed by David Nutter focuses on a melting pot of sorts with numerous reunions taking place. The episode focuses on reunions that have been long awaited, revelations of all sorts and some serious dragon content. Apart from this, the episode had a lot of splendid one-liners and witty content; which is unlike the usual mantra of what the show has been all about.

Read on at your own discretion for any spoilers of the first episode of Game of Thrones.

The episode’s main theme was to tie up any loose–ends that were prevalent in previous seasons with a lot of questions being answered. And, in typical Game of Thrones fashion, the showrunners took their sweet time in setting up the pieces of the checkerboard. A theme of previous seasons had been a lot of unanswered questions and since each of them needed to be taken care off, we get scene after scene of much-needed exposition that was littered with witty banter. 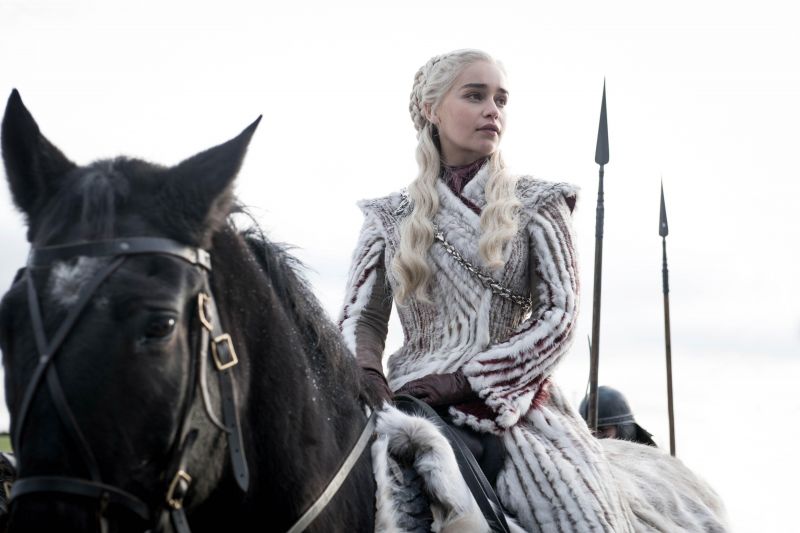 A still from a first episode of Game of Thrones Season 8. (Photo: HBO)

The episode had politics at its head and this sets the tone of the beginning of the episode as the northerners are visibly upset at their elected leader Jon Snow bending the knee to Daenerys Targaryen.  Her armies have finally reached the Winterfell and are settling in before taking on the White Walkers.

In this episode, we find everyone here. Tyrion meets Sansa for the first time since the ‘Purple Wedding’ and shares some banter as would an ex-married couple do. Jon finally meets Arya and both of them play have you met my sword. In this meeting, Arya completely downplays how many people she has massacred when Jon asks her how many people she has used ‘Needle’ on. And lastly, everyone meets Bran but the interactions are sort of strained.

While the episode is centred around reunions, the Lords of the North have no time for that and quickly get down to business when Jon, Sansa and Daenerys are addressing them. They voice their displeasure when Jon confirms that he has bent the knee to her and accepted her as his rightful queen. Jon tries to defend his decision by stating, “Without her, we don’t stand a chance.” However, it appears that the northerners are still quite unconvinced.

Forging alliances isn’t easy and there are some rightful suspicions and lack of trust evident throughout the episode. But, Tyrion Lannister puts it in the best way possible, “We must fight together now, or die.” 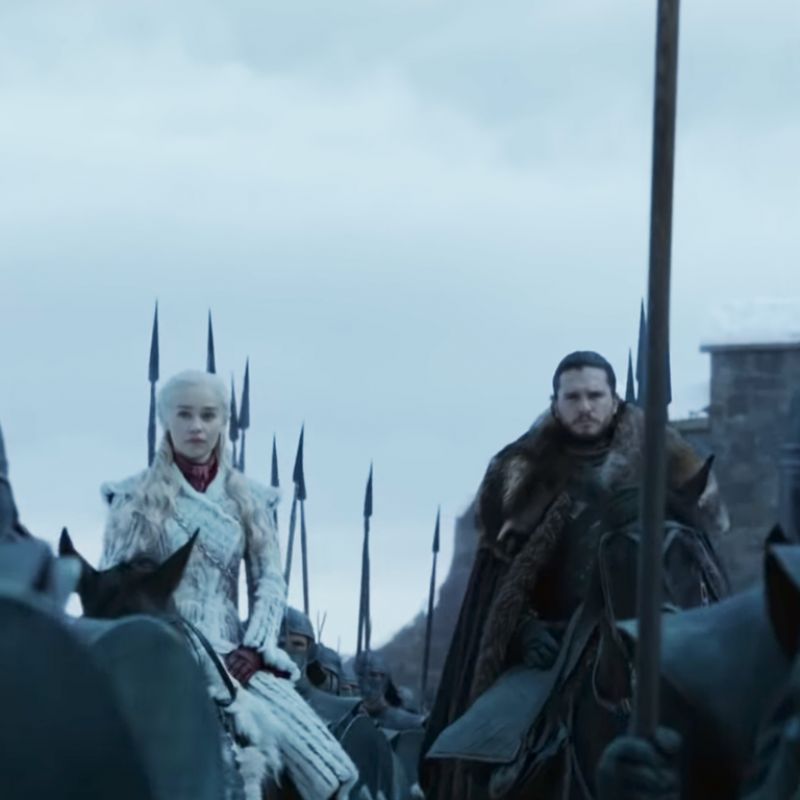 A still from a first episode of Game of Thrones Season 8. (Photo: HBO)

Meanwhile, Sansa has been doing a terrific job at running things in the north by keeping all the rations in check for the arrival of the Targaryen armies and their dragons. However, it seems like it’s a huge blow to her as she discovers that she has to feed about 10,000 more guests. It's pretty evident that stocks are going to dry up.

At King’s Landing, Cersei seems unconcerned that the undead has broken through the Wall and are marching south to take on the Jon Snow/Danereys army. While the rest of Westeros is fretting, Cersei appears pretty relaxed and has even time to have a romp in the sack with her would-be future husband Euron Greyjoy.

Speaking of Euron Greyjoy, he introduces Captain Strickland who has arrived with the Golden Company, a mercenary army that has arrived with horses. However, Cersei is visibly despondent as they have not brought elephants along with them for the battle. However, it appears that the sex with Euron had eased her tensions a bit but in the post-coital moment, she still says, “I wanted those elephants.”

In this story packed episode, Cersei also puts a bounty on both her brother’s heads and we catch Ser Bronn in the midst of a foursome being informed by Qyburn that he has been bestowed the duty of taking care of her last living relatives. Qyburn then gives Bronn a crossbow, which he accepts.

Meanwhile, Theon rescues his sister Yara from Euron Greyjoys captivity and after a bit of sibling jostling, the two are pals again. However, Theon’s mind is elsewhere and Yara notices it. She then gives him permission to follow his heart and fight alongside the Starks.

Back at Winterfell while the armies are gathering, Jon and Daenerys fly the dragons and we are treated to 108 seconds of pure visual excitement. The two then fled to a waterfall where they start to make out under the watchful eyes of the dragons. This is seriously some great content for fans of Jon Snow and Daenerys.

When they arrive back at Winterfell, Daenerys finally meets the bumbling Sam Tarly. In a gut-wrenching scene, he is informed that his father and brother have been died by her hands, telling him that because they wouldn’t bend the knee, her dragons had set them ablaze.

Later on, in what may be the biggest highlight of the episode, Sam tells Jon the truth, stating, “You are the true king. Aegon Targaryen, sixth of his name, protector of the realm.” However, Jon Snow isn’t elated regarding this news as he has just learned that his new girlfriend is his aunt.

Cut to Tormund Giantsbane and a huge sigh of relief that he’s alive. He is at Last Hearth, home to House Umber with Beric Dondarion where they stumble upon the last remaining members of the Night’s Watch headed by Edd Tollett who takes them to a room where the Night King has left a cryptic message. The message comprised of a child (Ned Umber) pinned to a wall surrounded by limbs which they then light on fire and before being burnt alive the child turns into a reanimated corpse.

In the closing moments of the episode, a mysterious figure is seen riding into Winterfell leaving viewers to question who this is. It is revealed to be Jaime Lannister and he comes face to face with Bran, the tree eyed rave. This is the first time both of them are seeing each other since the first episode when the former pushed the latter out of the window.

To sum it up, this episode didn’t have all the action as compared to the uber-fast paced season 7 but was well paced out giving viewers a heady reminder of all that was left unsaid in the previous seasons.

The episode is a perfect go-between the action of the previous season and what is to come in the rest of the seasons. For fans of the show who want fast action, then that’s probably going to come in future episodes. For now, this episode shows that the drama is very alive and well in a show known for its fantasy drama theme.