Game Over movie review: This Taapsee Pannu-starrer is gripping edge of seat thriller

Taapsee Pannu in the still from 'Game Over'.
Rating:

Taapsse Pannu-starrer 'Game Over', a Telugu film dubbed in Hindi, boasts of  technical brilliance and artistic direction of director Ashwin Saravanan. Ashwin who previously proved his mettle in horror genre with 'Maya', keeps the genre rather ambiguous here. This film is a sub-genre where the conventions of the 'horror' genre are turned upside down, while at the same time the story becomes something new, entirely original. From one viewpoint, it's a serial-killer thriller, at the same time it can be viewed as supernatural thriller or also as psychological drama. From the basic story, the film might sounds like a generic horror film with a generic premise but when you see it closely, it's an intriguing high concept horror film. The layered story works on many levels and warrants a well pleased watch. And in this case, the less you know about it, the better it is.

The film is predominantly about Swapna (Taapsee Pannu), a video-game developer, who is extremely suicidal. She suffers from anniversary effect and nyctophobia because of an incident in the recent past that has emotionally scarred her deeply. She is often glued to the video game to come out of her personal setbacks. She is also scared of darkness and has panic attacks often. How Swapna overcome all these troubles in an unexpected situation forms the crux of the story. 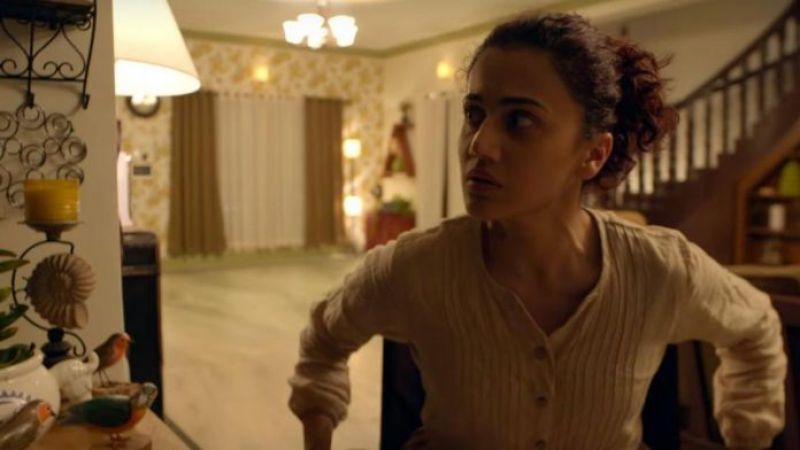 Taapsee Pannu in the still from the film.

'Game Over' is sort of like two films in one. Half of the time it plays out much like a drama. The other half is being what we expected it to be, which is a slasher/horror movie. Director Ashwin Saravanan builds up the story, characters, and tension really nicely and keeps you intrigued. It is a slow burning at first, but is still very engaging. After seeing many films of this genre, there is nothing that really has an original story line. And the only reason why people deem certain movies scary are only because of tactics such as jump scares. But that is not how 'Game Over' scares you.

The artistic values in this film are incredible. The director doesn’t ever rely on cheap gimmicks or jump scares, but instead opts out for drawn out, long takes that only encapsulate the constant dread that you as the audience feel. Ashwin along with his co-writer Kaavya Ramkumar craft a brilliant narrative. There's no reliance on cheesy jump scares, just pure dread and atmosphere. It almost feels like you can feel the characters pain and suffering. Ron Ethan Yohan’s pulsating sound design and A.Vasanth’s cinematography create a super atmospheric effect. The sound effects are so eerie and the continuous background score create an unsettling feeling.

That said, the film is difficult to watch at times due to its depiction of violence, but for those who are willing and able to take this ride, it is likely to offer a satisfied experience. ‘Game Over’ is a disturbing descent into madness that highlights all the best parts of the horror genre. 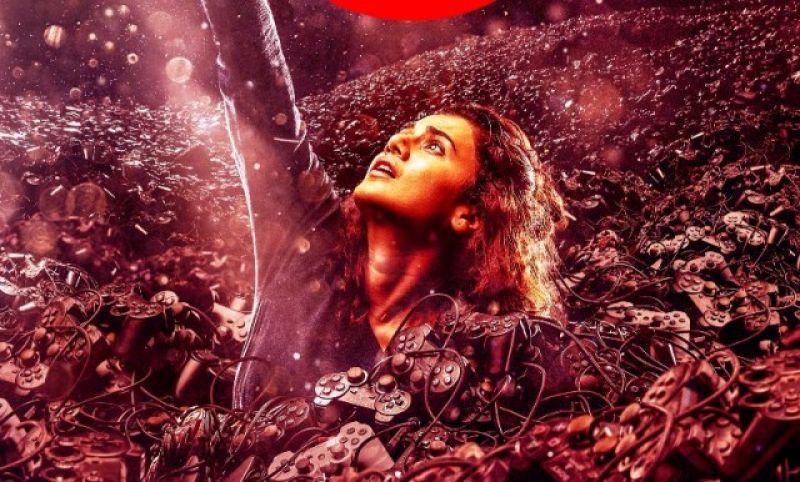 Taapsee Pannu is definitely the highlight of the movie, giving a great performance as she always does. The emotional depth she is able to achieve never ceases to amaze and she is captivating to watch in any scene she's in. Vinodhini, who plays Taapsee's housemaid Kalamma is impressive and provides able support to the main character.

Overall, 'Game Over' is one of those films that linger with you long after the end credits and with Taapsee Pannu's amazing and convincing performance, the film secures itself as one of the best movies of the year. With its truly smart spin on elements of horror, this film is highly recommend regardless of your personal taste on this genre.