Ready or Not movie review: A sick, smart and scary flick with wicked sense of humor

Samara Weaving in the still from 'Ready or Not'.
Rating:

The horror genre has continued to struggle over the years with only a few really standing out. For the most part they seem to be just rehashing or remaking the same stories as opposed to delivering something original. Amidst this boredom, director duo Matt Bettinelli-Olpin and Tyler Gillett's Ready or Not has slashed its way onto the big screen. Given its title, you can be forgiven for assuming this slasher thriller will be just another blood-soaked body-count flick. But fortunately, Ready or Not is better than that. A lot better.

The super rich Le Domas family hosts a time-honoured tradition of playing a game on the wedding night of new additions to the family. Alex Le Domas (Mark O'Brien) marries a young woman named Grace (Samara Weaving) keeping this generations-long tradition a secret. What starts out as a peaceful marriage ceremony in a secluded mansion quickly devolves into utter madness when a time-honoured tradition turns into a lethal game with everyone fighting for their survival. 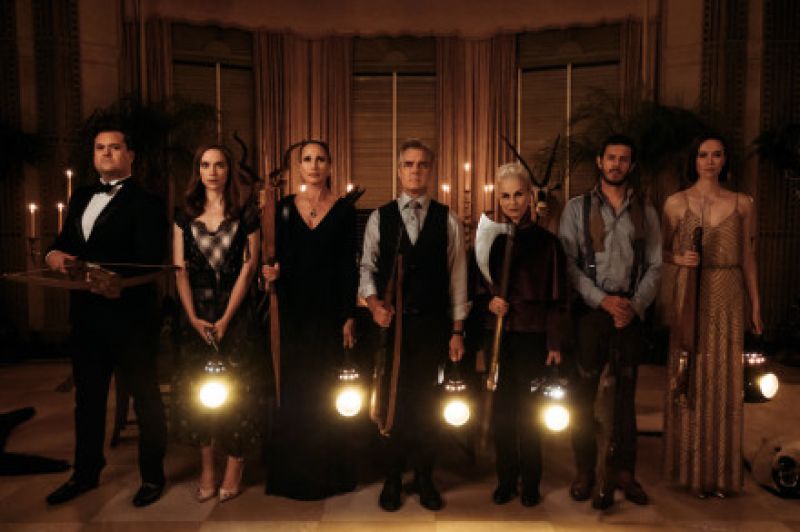 By slasher standards, the writing of this film is good, with interesting turns and surprises. The film is a bit of the revenge portion of 'You're Next' crossed with the home invasion of 'The Purge' and the antics of 'Home Alone.' Screenwriters Guy Busick and R. Christopher Murphy nicely blend horror and pitch black comedy throughout their story, and continuously find clever ways to subvert the typical cat and mouse games we're used to seeing in this type of genre.

The screenplay brazenly merges the home-invasion thriller with the dysfunctional family dramedy. Once past a formulaic opening, the picture opens up into something else entirely, ending up as one of the better slasher thrillers. The family's reactions and Grace's fight for survival are played for laughs just as often as shock, and the horror/comedy blend pays off. However, the screenplay has some bit stupid ideas, namely the reason for Grace's proficiency at survival, and also the twist in the plot that explains why the killings are happening. It's not that original, but the way it plays with certain expectations is pretty refreshing. The whole set up and the way the rampage starts is pretty impressive.

Amidst all the slashing and killing, director duo Matt Bettinelli-Olpin and Tyler Gillett inject a good deal of dark fun into the proceedings. The change in tone from serious to black comedy at least makes all of the blood, gore and standard killings go down a bit easier. The pacing and shock effects are effective; the moments of dark comedy are intelligently planted. There's tons of gore, and most of it is entirely routine. There is one gag towards the end that is very funny in a gruesome way. It's horror at its most entertaining, but the film doesn't take itself too seriously and that's what makes it so fun. The film delivers irreverent thrills with lots of gore, dark humour, twisty plotting and a smashing performance from its lead star, Samara Weaving. 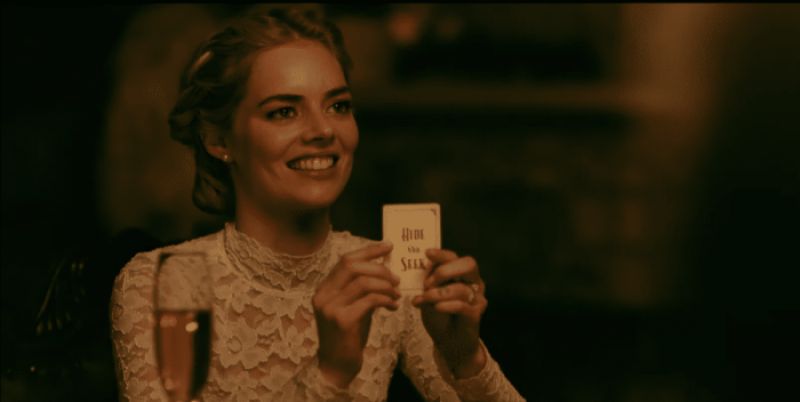 Samara Weaving in 'Ready or Not'.

Weaving (who could easily be passed as Margot Robbie) has a commendable screen-presence and she is fun to watch as the hapless bride. Sadly, the rest of the supporting cast is hammy in their roles and they appear to come off as bodgers. Mark O'Brien as Alex, the ill-fated groom, is bland. Adam Brody as Alex's brother, Daniel, has his moments but falls short to make a solid impression.

To sum it up, if you're a fan of clever slasher thrillers, you should be ready to relish this gorefest. It is a smart spin on the ever-popular horror films that have been around for years. Ultimately, Ready or Not is smart, often scary and overall an extremely pleasurable horror crowd pleaser. The best thing is to sit back and enjoy the discomfort.

Watch Ready or Not trailer here: