Badla movie review: An entertaining crime mystery with plenty of nerve and vigor

Taapsee Pannu in the still from Badla.
Rating:

Sujoy Ghosh, who previously helmed suspense thrillers like Kahaani series and Te3n, is back with Badla - an official remake of Spanish thriller 'Contratiempo' - starring Amitabh Bachchan and Taapsee Pannu. In a season of fat blockbusters, a picture as smart and compact as this one comes as a surprising treat.

Naina Sethi (Taapsee Pannu), is a young successful businesswoman with a perfect family. Naina's seemingly perfect world collapses when she gets arrested for the murder of her secret lover Arjun Joseph (Tony Luke). Her lawyer (Manav Kaul) hires prestigious defence attorney, Badal Gupta (Amitabh Bachchan) to defend her, and over the course of one evening, they work together to find out what actually happened.

The events are shown in the form of flashbacks as Naina narrates her story to Badal. As the story goes on and gets complex Badal connects the dots and explains the story better to Naina, which results into a shocking revelation. Is Naina innocent or guilty? 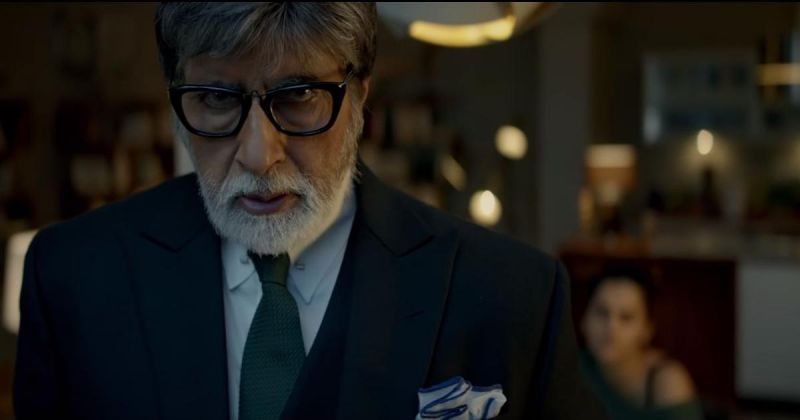 Amitabh Bachchan in the still from Badla.

Badla is a difficult to describe in a review without giving too much away. The only advice to fully enjoy this well-crafted and sophisticated crime drama is to actually watch it and concentrate and the payoff is well worth it. It is that slow burner that at a first glance is a slow and almost boring film - but that after a while expands into this cleverly written thriller that takes unexpected turns. It's a story of much complexity with lots of dialogues. This, in combination with the big lack of character depth might seem like a big flaw, but the third act explains a lot of this and it does weigh more than the film's cons.

As for the twist, it’s a good twist, and not one that just comes out of the blue. There are many hints throughout the movie that the word exchange between our protagonists is more than it seems, but these are only apparent second time round. M. Night Shyamalan's 'The Sixth Sense' and Neil Jordan's 'The Crying Game' are two good examples of excellence in this genre where the hints given along the way are so subtle that they are never noticed until one avidly views the films a second time. In Badla, director Sujoy Ghosh tells the story in a puzzling-kind of way, letting you feel like you finally know what is going on, just to tear your expectation apart with a new shocking truth. 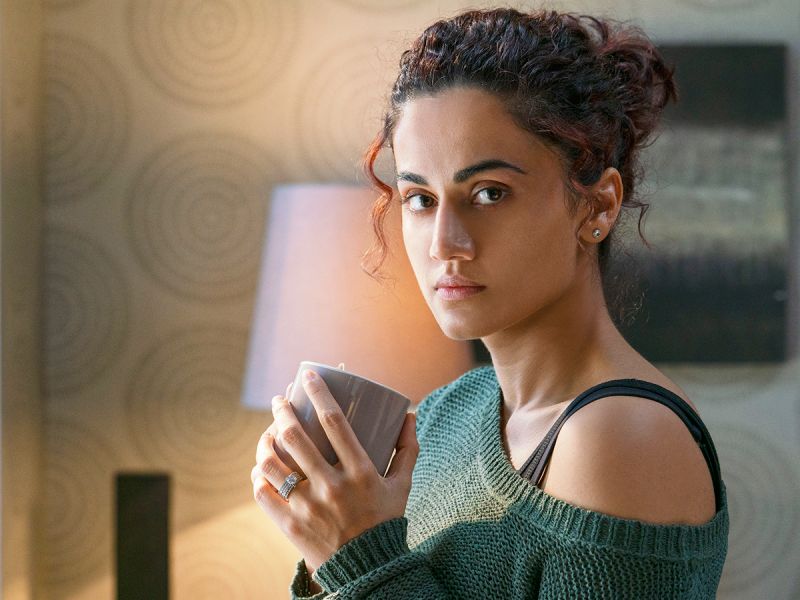 The music is absolutely engaging. The twisted feeling you get with the melody traps you into the story. The different tones and volumes of the music actually happen in agreement with the intensity of the sequence.

The entire cast find a perfect balance of charisma and mysteriousness to surround their character. Both Amitabh Bachchan and Taapsee Pannu are in top form delivering superlative performances. While Big B is impressive with his distinct style, Pannu is convincing (like always) and the other supporting cast members are also good.

Amrita Singh is a real treat to watch on-screen. Proving a good hold on her craft, she picks up right nuances of her character and gives a lovable performance. Malayalam actor Tony Luke is good despite his problematic Hindi. Manav Kaul is largely wasted in whatever little he has given to do.

Badla is cleverly scripted and executed with a brilliant cast. It is both engaging and enjoyable. The unexpected ending is the cream on the top of this well-crafted suspense thriller. It is also probably a rare Bollywood film that you have to love because it manages to outsmart you!