The first impression of director Meghna Gulzar's latest 'Chhapaak' will be: Is this really Deepika Padukone? Losing all her vanity, she is an entirely different person in the character of a woman with irreplaceably burnt face. as you watch the film, it lays down a question: How do you set new goals in your life if you have reached the "end"? Through the story of the main character, 'Chhapaak' empathise with acid attack survivors and salutes their courage for triumphing over the trauma.

Inspired by the life of Laxmi Agarwal, the film revolves around a 19 year old Malti (Deepika Padukone) who encounters brutal acid attack. Enough is not enough for Malti as she goes through police investigation, numerous hospital visits and court sessions. She files PIL for acid ban in the country and during this journey of hardships, she finds courage to rebuild her life. 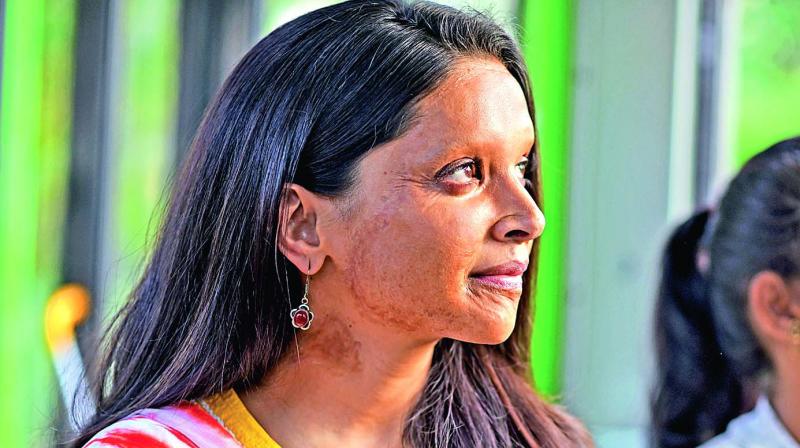 Director Meghna Gulzar, who previously helmed 'Talvar' and 'Raazi', once again shows her sensitive hold over delicate subjects. Her direction consciously stays away from over sympathetic approach towards the acid-attack victims, instead it empathise with them in order to showcase their resilience and innate strength as a human being. The amount of subtlety with which conflicts and crises are portrayed is really impressive. Meghna and her co-writer Atika Chohan together have crafted a touching story that doesn't shy away from the harsh realities of on-ground consequences of surviving an acid attack, women safety in our country, and the judiciary system.

The story is intended to be one about personal growth and finding oneself, but we get to see only few glimpses of that. Much of the film relies on internal monologue, brief dialogue, or silence - even though Malti's heart is screaming. While she manages to drag herself back to a state of normalcy, she makes no great personal revelations during her journey. 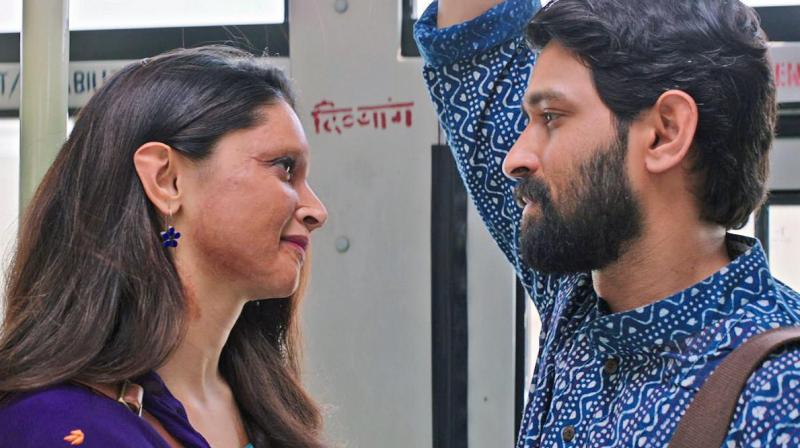 Deepika Padukone and Vikrant Massey in the still from 'Nok Jhok' song.

There are certain hints that are not fully explained. For example, Malti's relationship with her brother is left as an unexplored afterthought. There is also a sense of emotional overload that often feels calculated. In spite of its flaws, however, Gulzar keeps her firm hold on the subject while the richly expressive performance of Padukone combines to make this film an essential watch. Padukone clearly went though a lot for this character and it shows. She is relatable in her situation and pulls off first-rate performance.

The rest of the cast does a good job as well. Vikrant Massey provides a very credible performance as Amol, an honest, kind-hearted and workaholic journalist turned social worker who is dedicated for the betterment of acid-attack survivors. Madhurjeet Sarghi as Deepika's lawyer is very good. Others provide able support to the story.

The very "uplifting" portion of the film occurs in the scene right before the interval when Malti is shown uncovering her face reflecting on her newly found confidence and self-worth. However, the emotion depicted in that one scene does not quite lead to the final statement. In the end, 'Chhapaak' may fall short to an incredible experience, but it will certainly leave you agitated, more aware and strangely hopeful. And that's a mission accomplished.